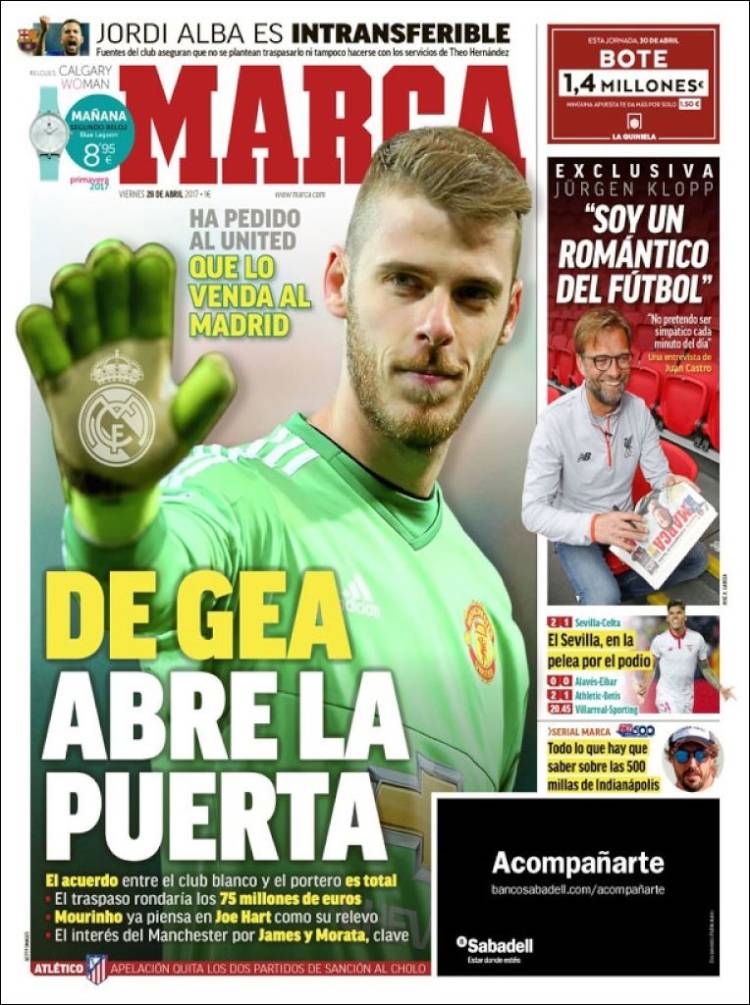 Has asked United to sell him to Madrid

Total agreement between the player and the club, transfer set to be 75 million Euros, Mourinho thinks of Joe Hart as replacement, Interest of United in James and Morata, essential

Jordi Alba untransferable - Club will not swap him for Theo Hernandez

Jurgen Klopp - "I am a football romantic"

Sevilla, in the fight for the podium 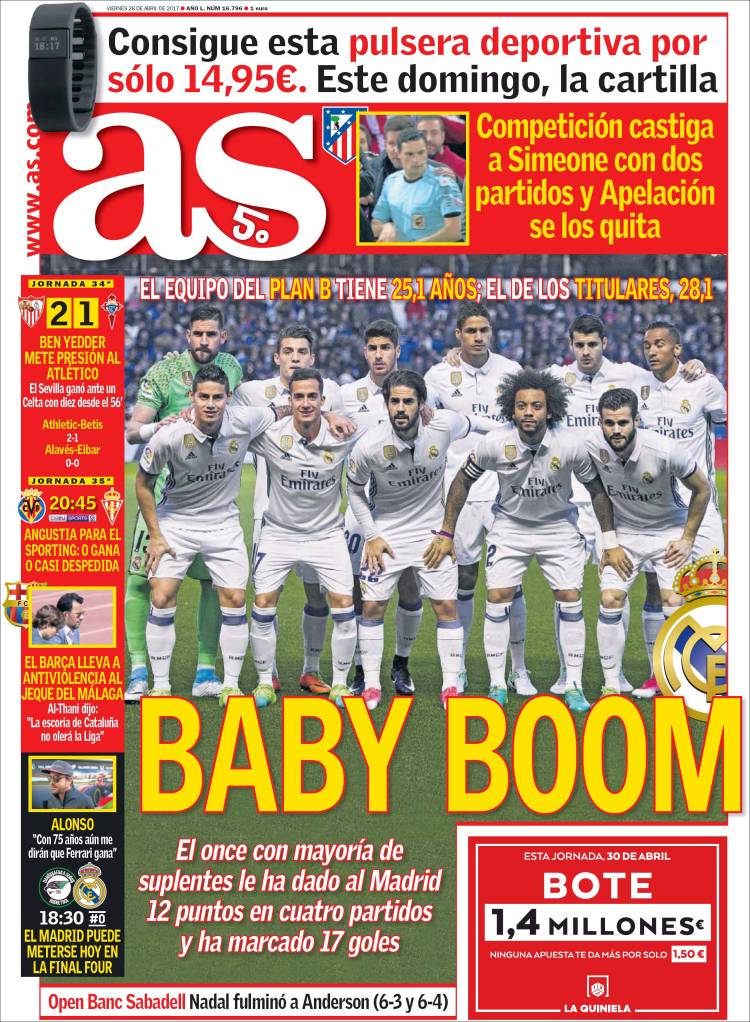 Cholo banned for 2 games but appeal removes it

Anguish for Sporting: win or go closer to relegation

Barca complain to anti-violence over Malaga 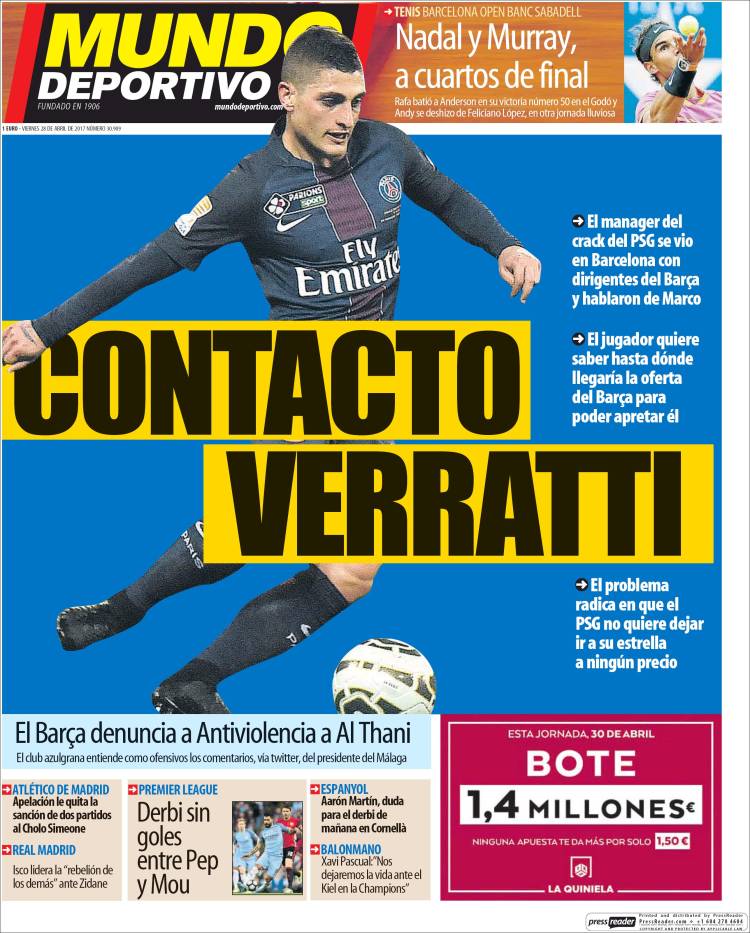 Real Madrid - Isco leads 'the rebellion' of the 'others' against Zidane