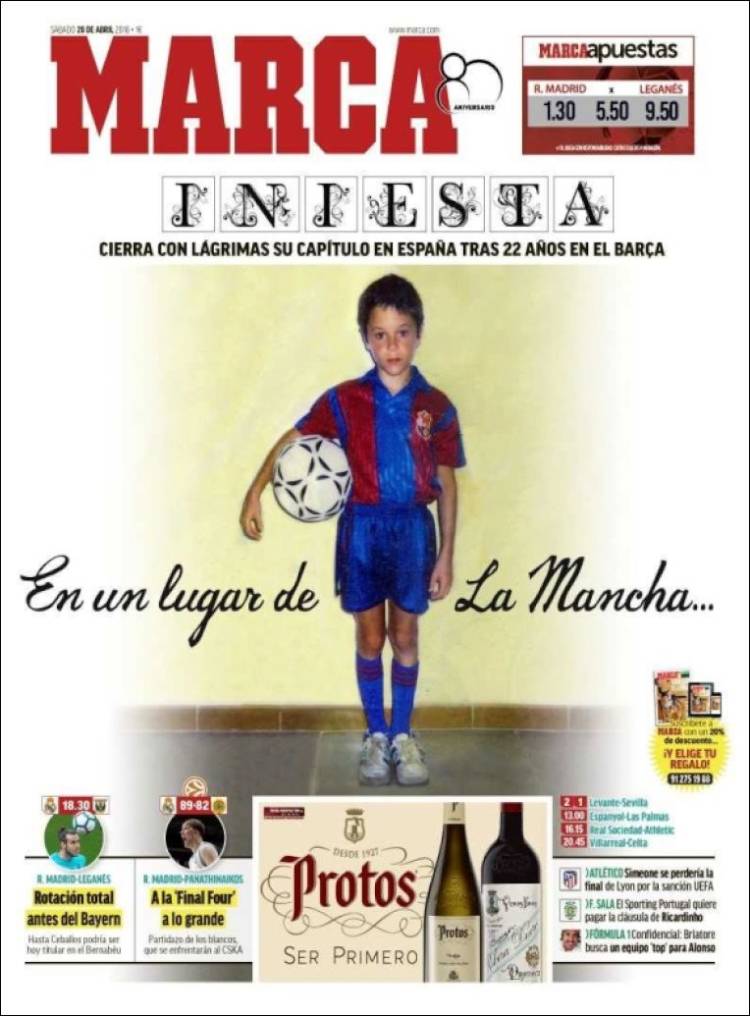 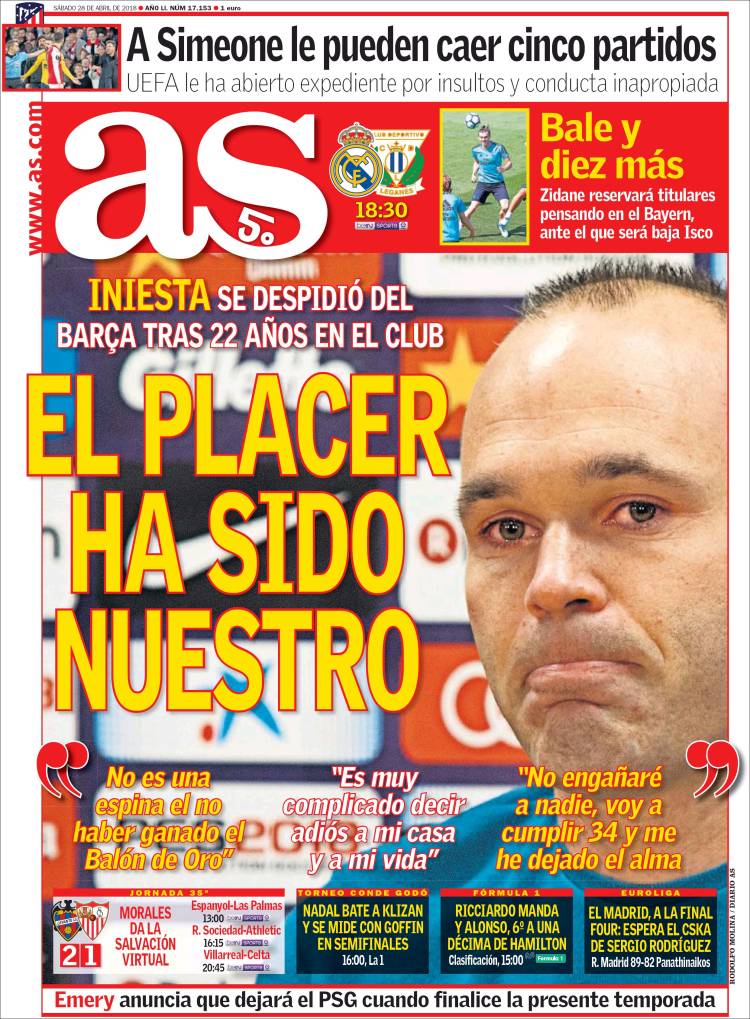 Simeone could be banned for five games

UEFA investigates him over insults and inappropriate conduct

Zidane will rest his starters, with Bayern in mind, while Isco is out

Iniesta says goodbye to Barca after 22 years at the club

The pleasure has been ours

"It's not a disappointment that I didn't win the Ballon d'Or"

"It's very difficult to say goodbye to my home and life"

"I'll never deceive anyone, I'm going to turn 32 and I gave my soul" 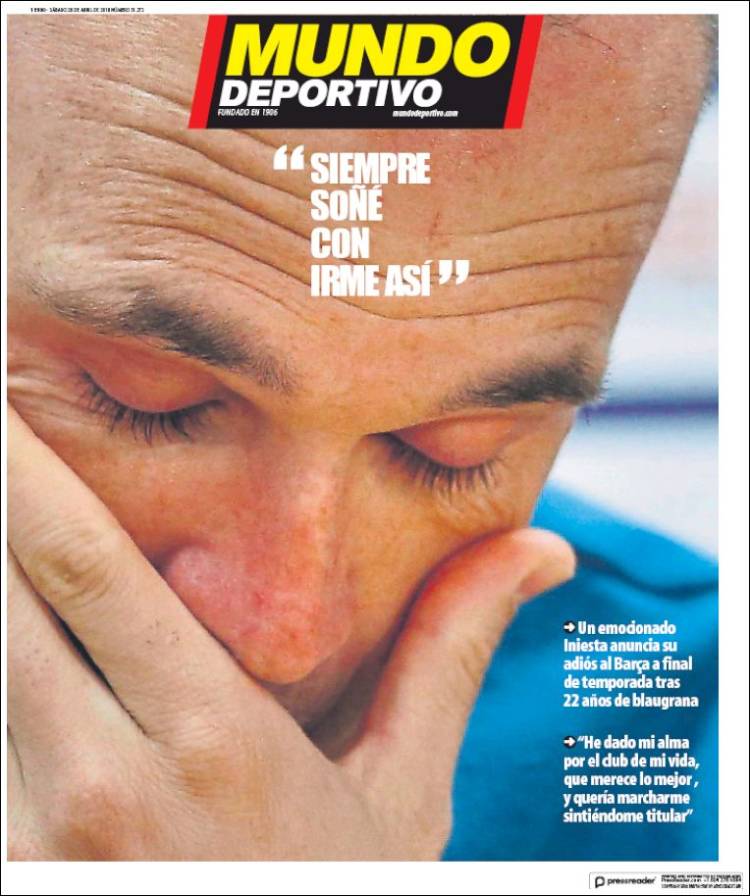 "I gave my soul to the club of my life, they deserve the best and I wanted to leave as a starter"