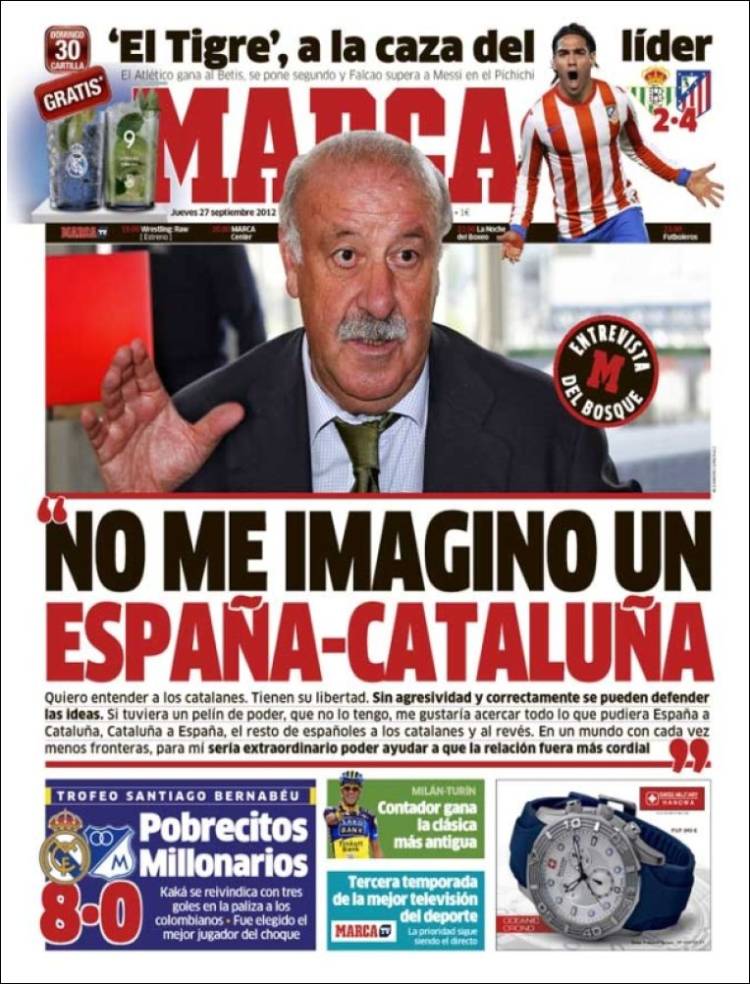 "I cannot imagine a Spain-Catalonia game"

Interview with Del Bosque: "I want to understand the Catalans. They have their freedom. Without aggression and in the right way they can defend their ideas"

"If a had an ounce of power, which I don't, I'd do all I could to bring together Spain and Catalonia, Catalonia and Spain, the rest of the Spanish people and vice versa"

"In a world in which there are less frontiers, it would be extraordinary for me to help so that relations were more cordial"

The Tiger, on the hunt for the leaders: Atletico win, go second and Falcao overtakes Messi in the race for Pichichi

The poor millionaires: Kaka vindicates himself with three goals in the thrashing of the Colombians: he was chosen as Man of the Match 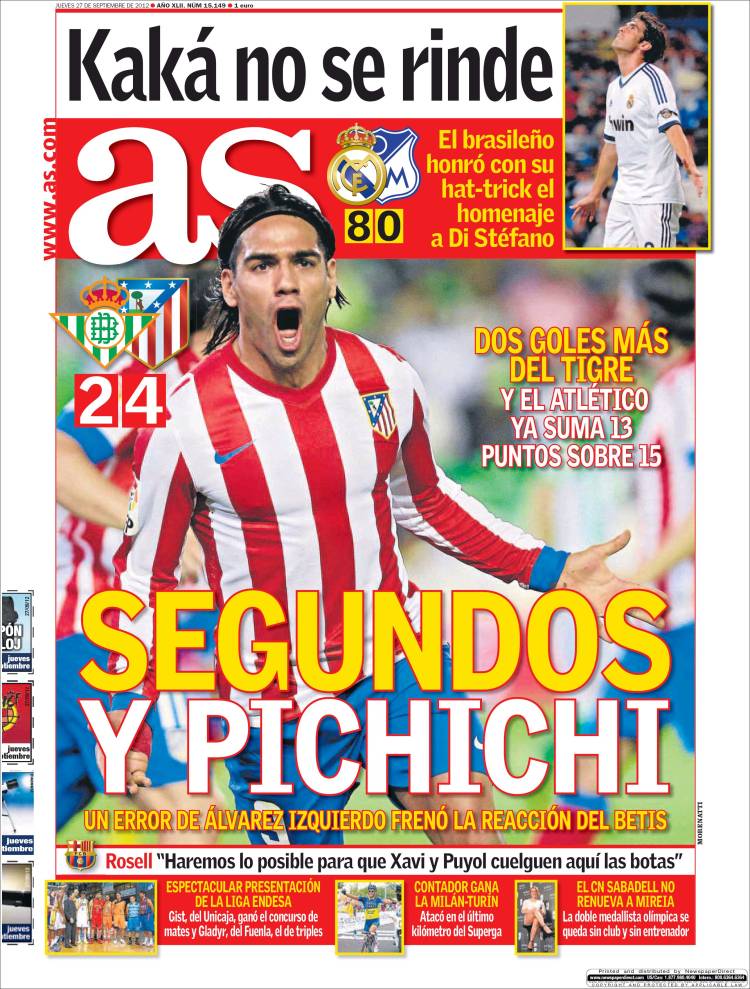 An error from Alvarez Izquierdo halts the Betis comeback

Kaka does not give in: the Brazilian graces the Di Stefano tribute match with a hat-trick

Rosell: "We will do everything possible so that Xavi and Puyol hang their boots up here" 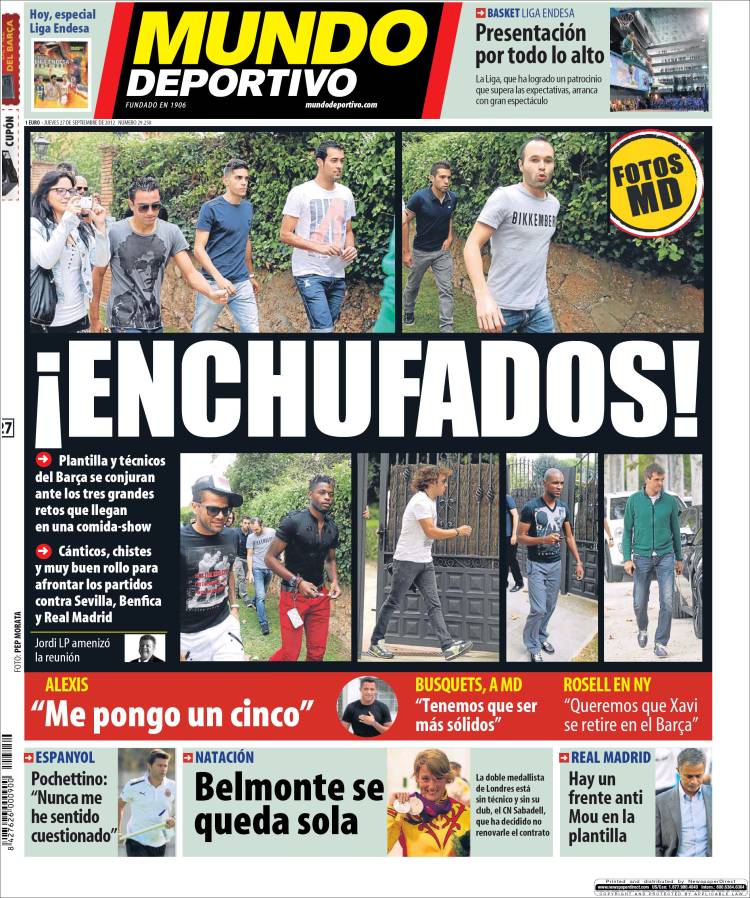 Songs, jokes and a good time before the games against Sevilla, Benfica and Real Madrid

Alexis: "I give him a five"

Busquets: "We need to be more solid"

Rosell: "We want Xavi to retire at Barca"

Real Madrid: there is an anti-Mou faction in the squad