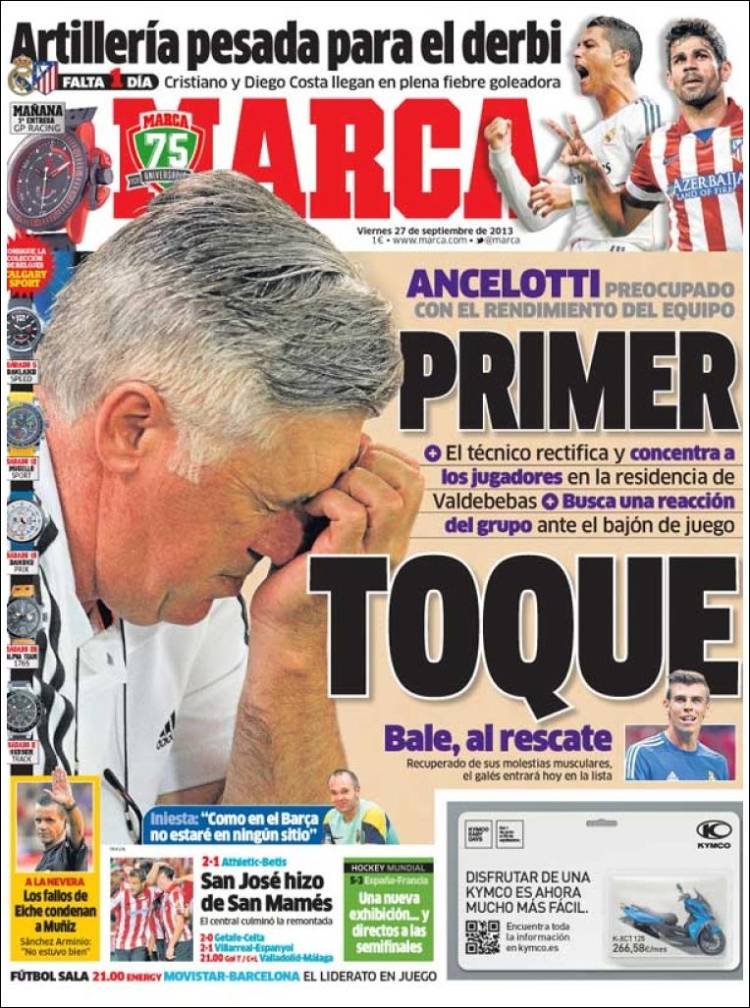 Ancelotti worried about performances of his team

He is looking for a reaction from his players

Bale to the rescue

The artillery in the derby

Iniesta: "I still have a place at Barca"

Out in the cold: Muniz's failure in Elche has seen him condemned

San Jose does it has San Mames 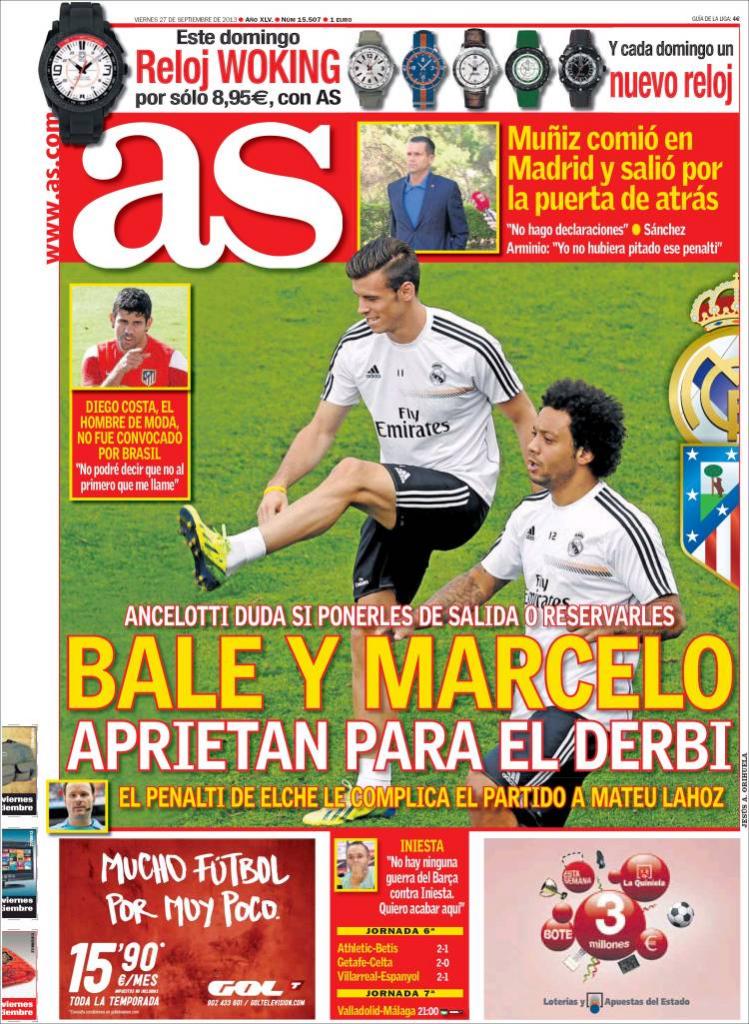 Bale and Marcelo available for the derby

Ancelotti is unsure whether he starts them both or not

Muniz condemned in Madrid and told to leave

"I will not make any declarations"

Sanchez Arminio: "I would not have called that penalty"

Diego Costa, the man of the moment, not called up by Brazil

Iniesta: "There is no way between me and the club over my contract, I will continue here" 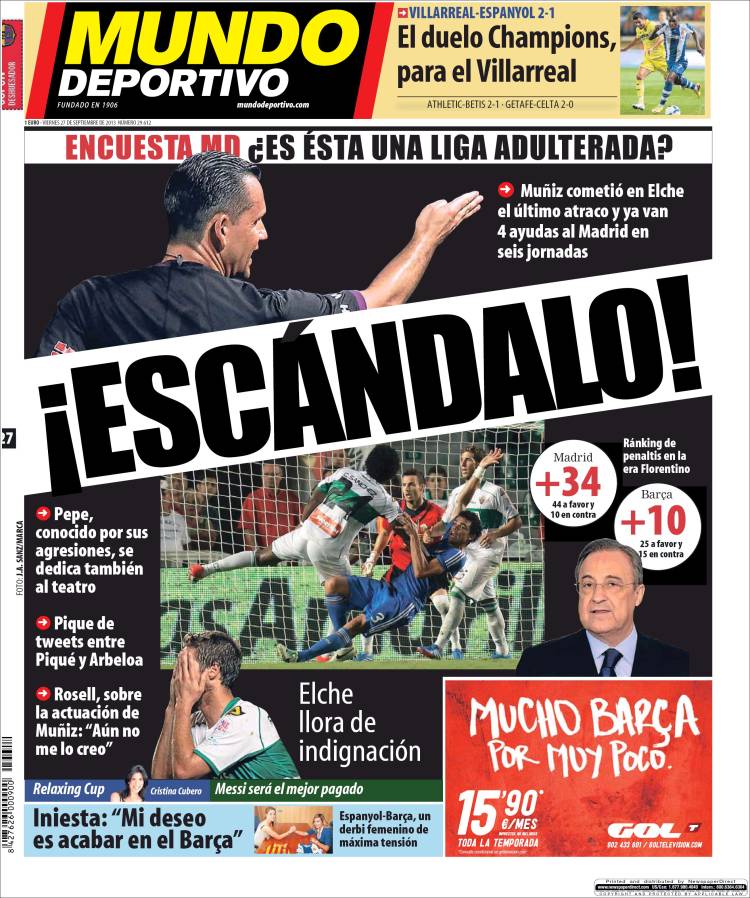 Has the league been bought?

Pepe knew what he was doing, his actions worthy of the theatre

Rosell on the situation: "Even I could not believe it"

Madrid have a score of 34, 44 in favour and ten against

Relaxing Cup by Cristina Cubero: Messi will be the best paid player

Iniesta: "My desire is to finish my career with Barca"