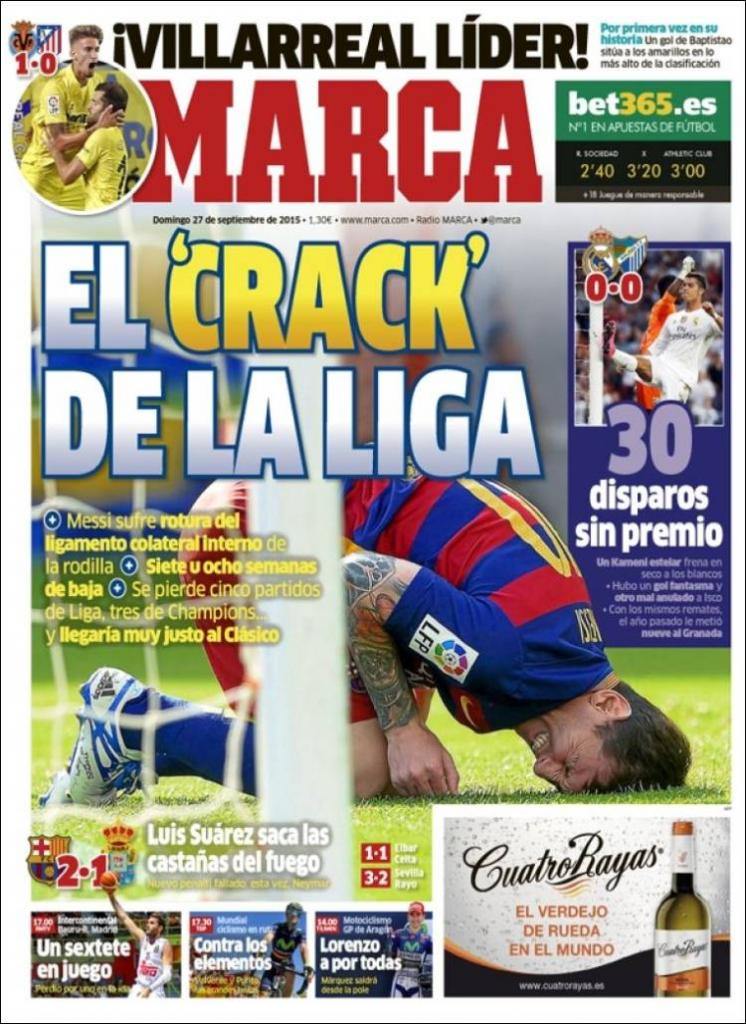 The ‘crack’ of La Liga [a play on words]

Messi suffered a ruptured MCL in his knee

Faces seven or eight weeks out

Misses five League games and three in the Champions League

A race against time to be back for the Clasico

Another missed penalty, this time Neymar

30 shots without a goal

A stellar Kameni slams the door shut on Los Blancos

There was a ghost goal and another from Isco disallowed

For the first time in their history 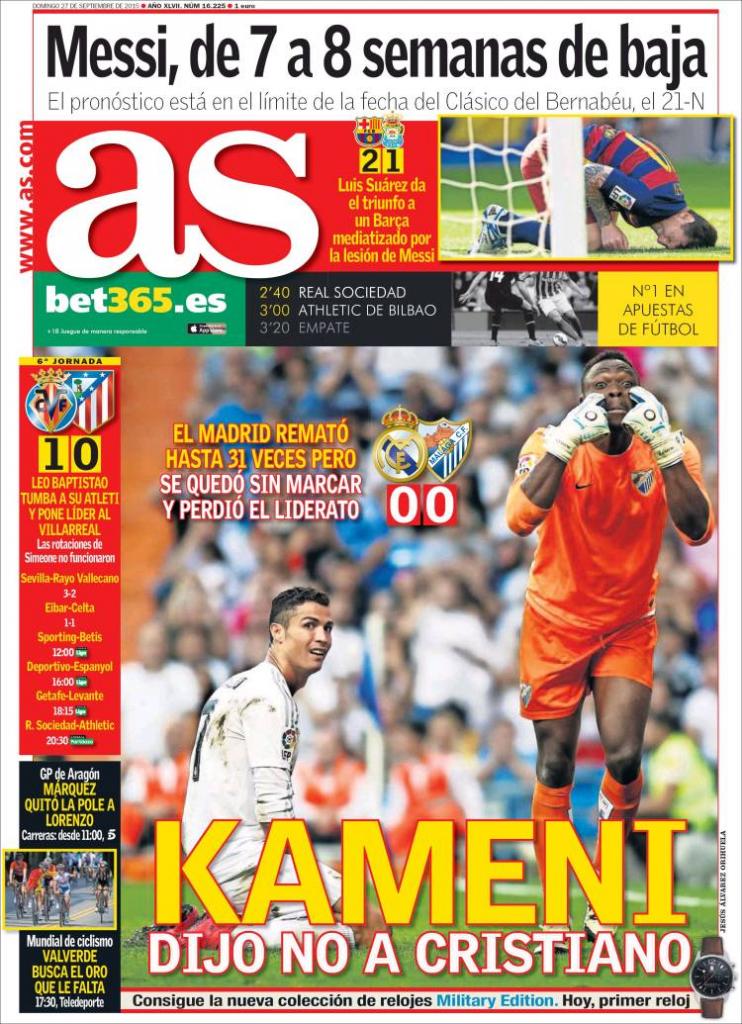 Kameni says no to Cristiano

Simeone’s rotations did not work 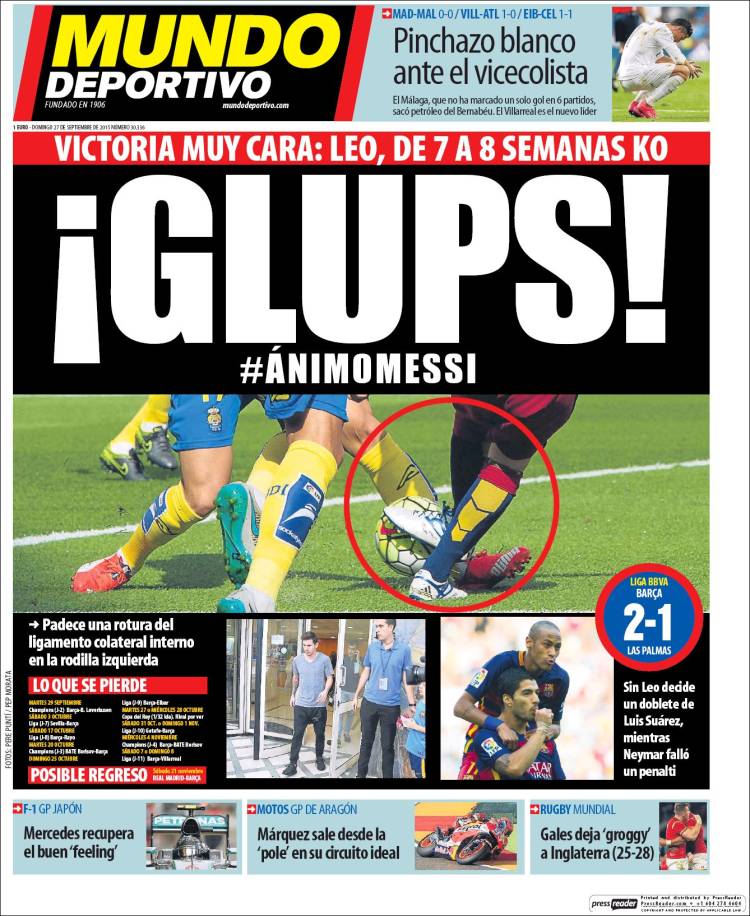 Expensive win: Leo, out for 7-8 weeks

Suffered a torn MCL in his left knee

Without Leo, a brace from Luis Suarez decides the match, Neymar missed a penalty

Los Blancos held by the club second from bottom

Malaga, who haven’t scored in six games, silenced the Bernabeu

Villarreal are the new leaders