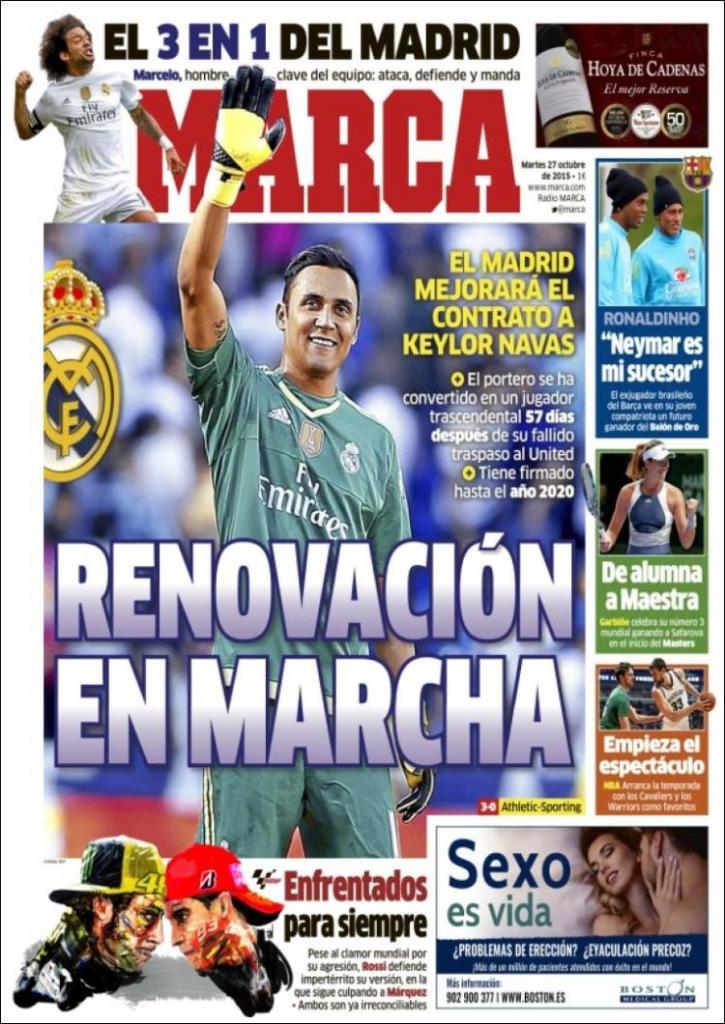 Madrid will improve the contract of Keylor Navas

Marcelo, key man in the team: attacks, defends and leads

“Neymar is my successor” 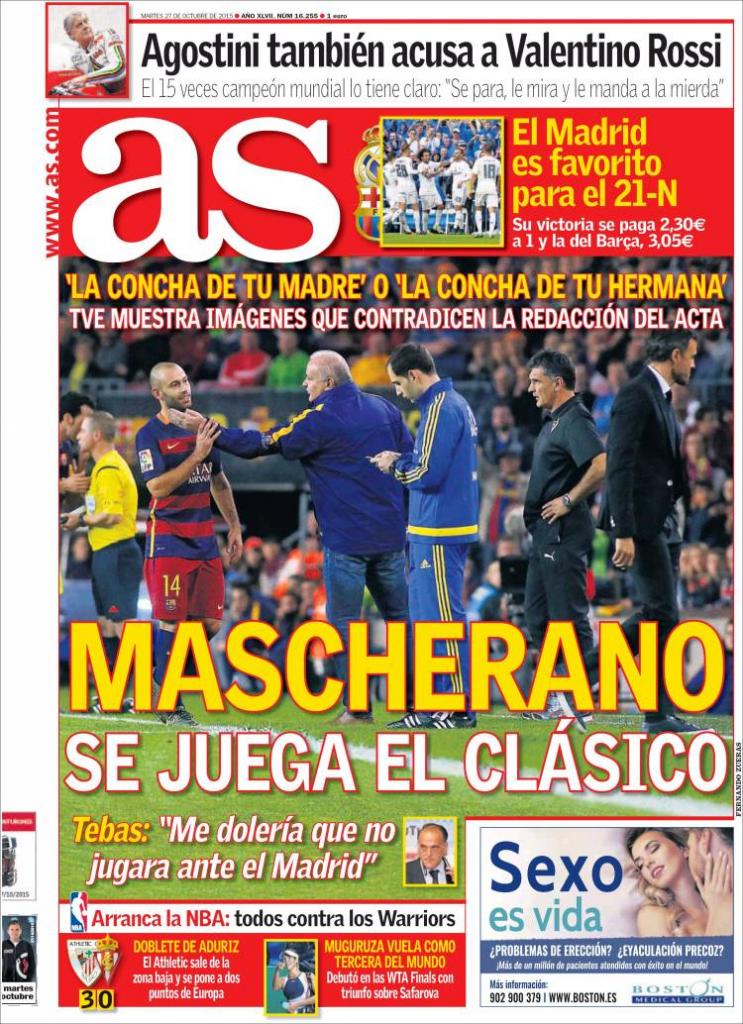 Tebas: “I’d be hurt if he didn’t play against Madrid’

TVE shows images that contradict the wording of the report

Athletic leave the relegation zone and are two points from Europe 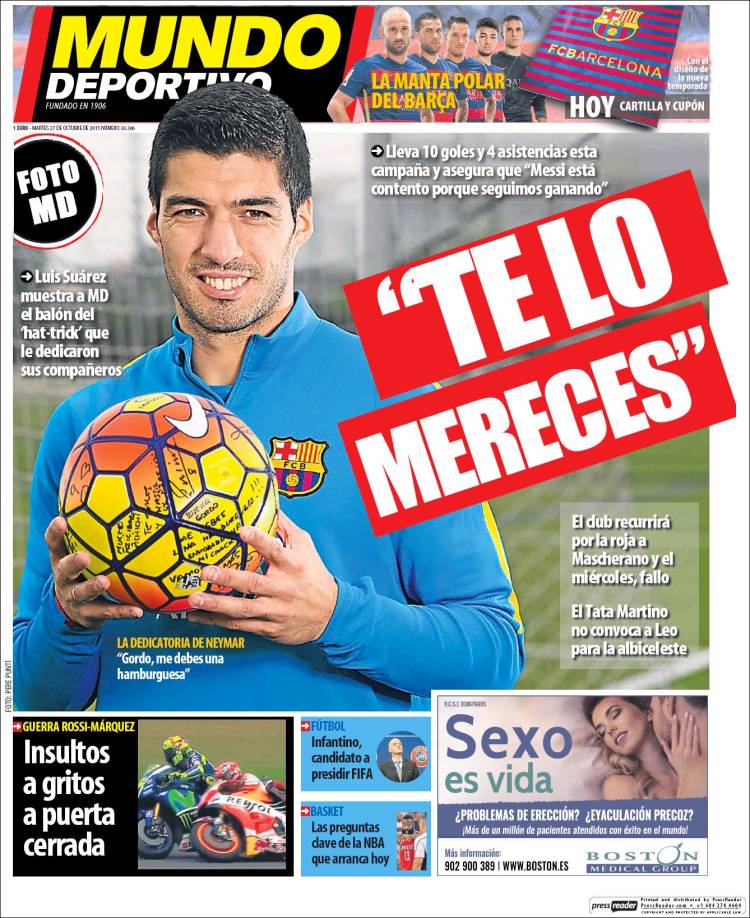 “Fatty, you owe me a hamburger”

The club will appeal Mascherano’s red and on Wednesday, verdict