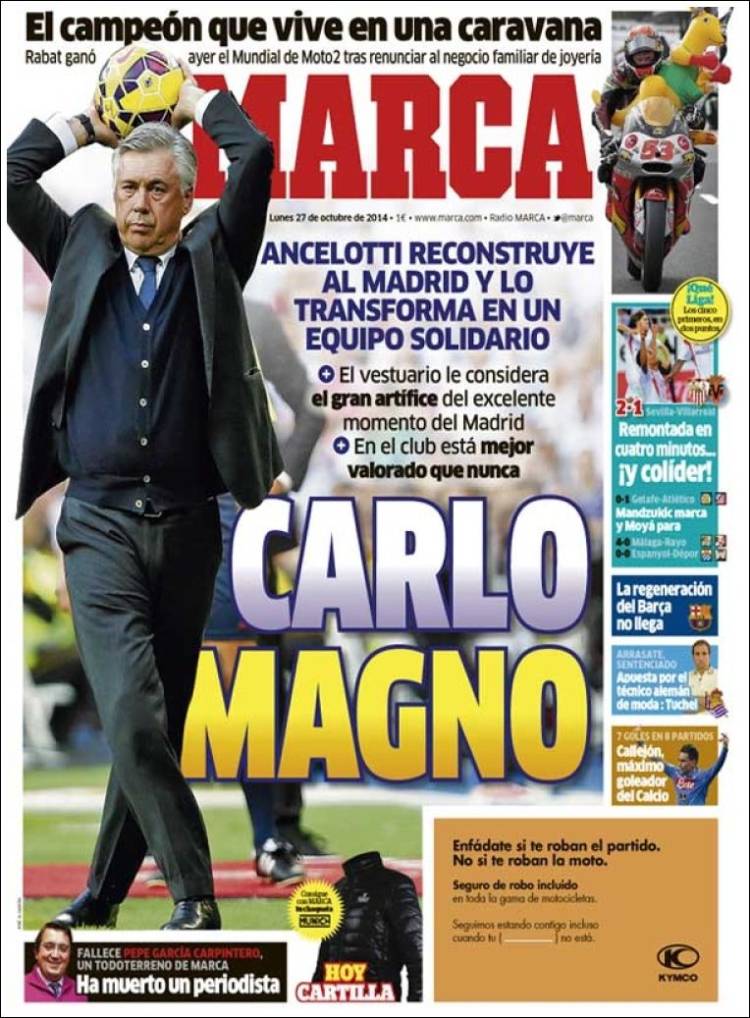 Ancelotti reconstructs Madrid and transforms them into a solid team

Within the club he is more valued than ever

Barca’s regeneration has not happened yet

Arrasate sentenced. The bets are on the German boss in fashion: Tuchel 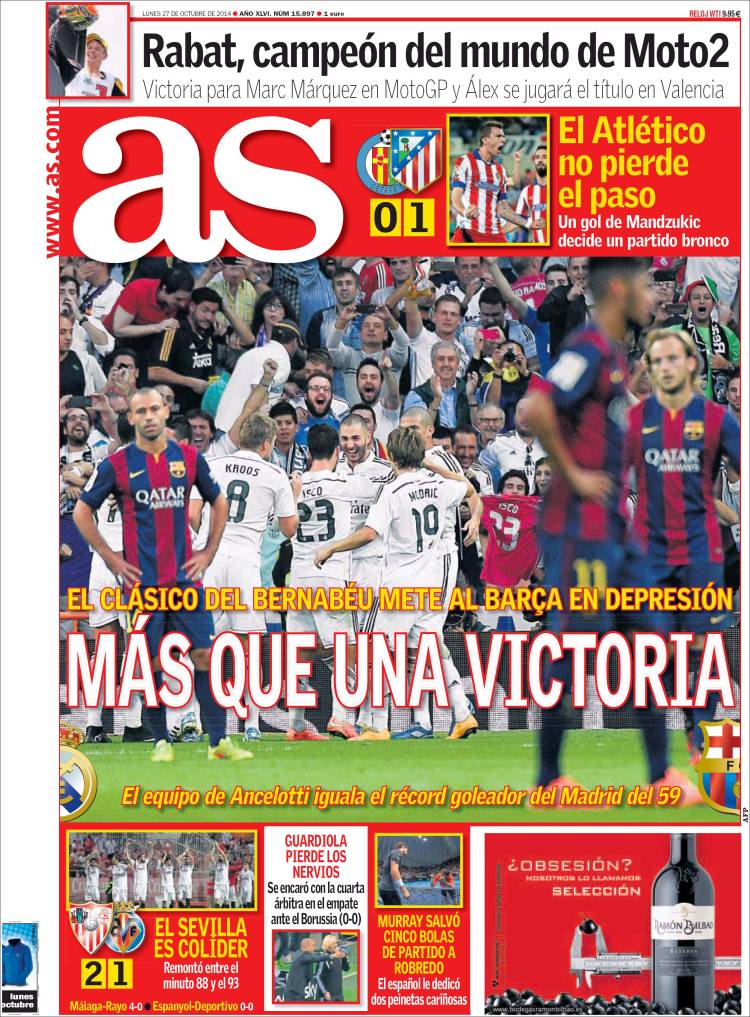 More than a victory

Atletico not out of step

A goal from Mandzukic decides a rough match

Sevilla are co-leaders: they mount a comeback between the 88th and 93rd minutes

Guardiola loses his temper: he confronts the fourth official in the draw with Borussia (0-0) 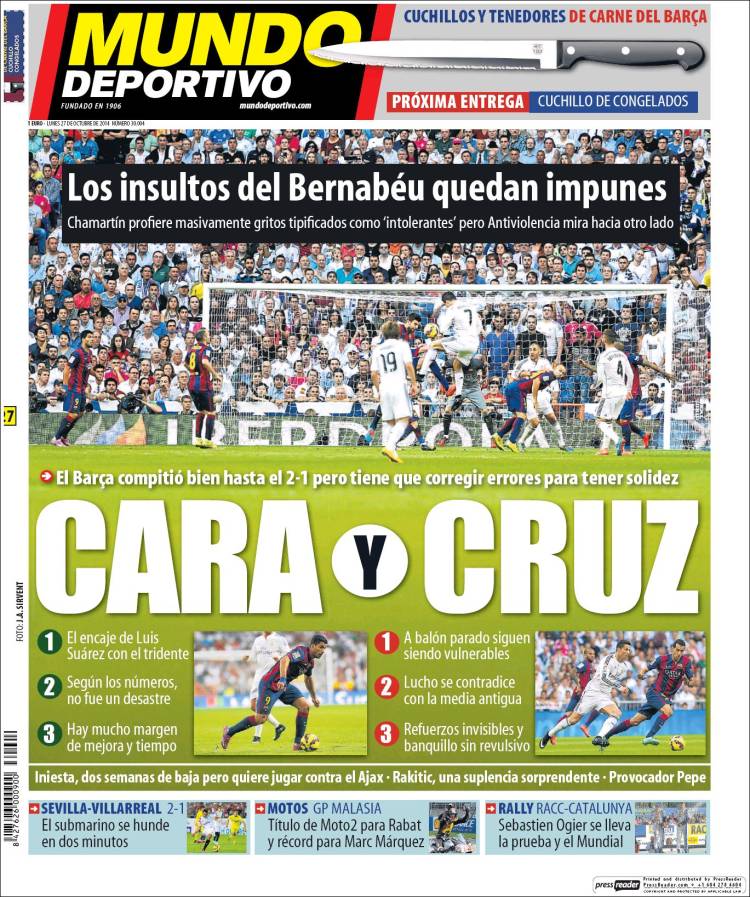 The Bernabeu insults remain unpunished: Chamartin lets fly with shouts classified as ‘intolerant’ but the anti-violence unit looks the other way

1 The incorporation of Luis Suarez into the trident

2 According to the statistics it wasn’t a disaster

1 At set-pieces they are still vulnerable

2 Luche contradicts himself with the old style

3 Invisible reinforcements and a bench without spark

Iniesta, two weeks out but he wants to play against Ajax: Rakitic, a surprising replacement