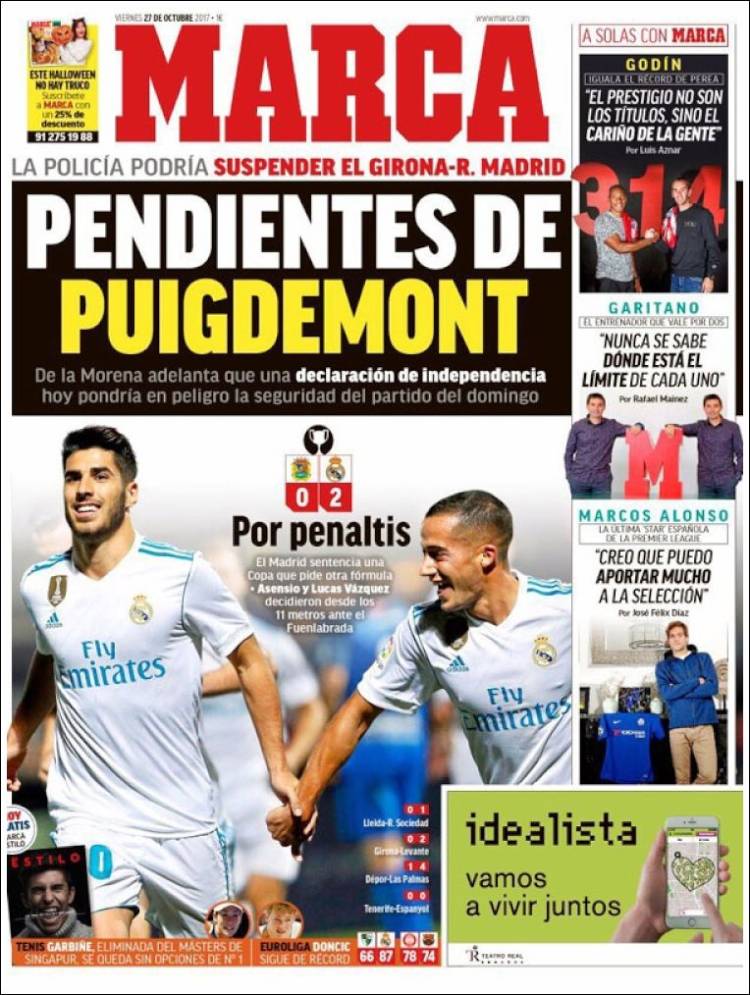 Threats of independence put security of match in doubt 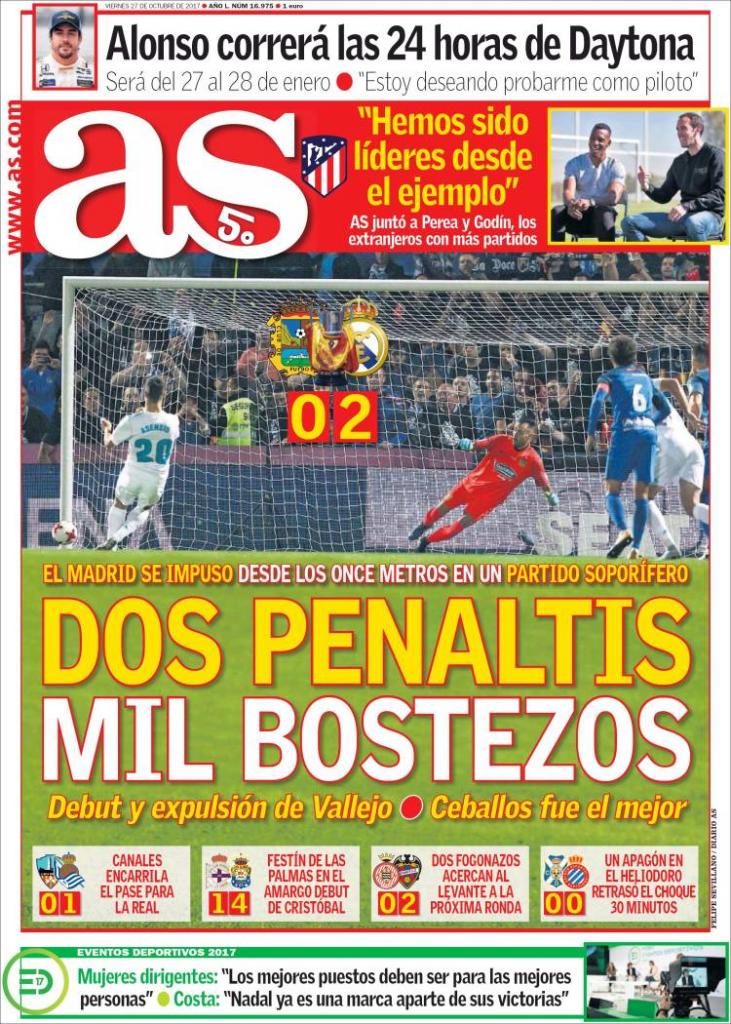 Two penalties and a thousand yawns

Debut and red for Vallejo, Ceballos the best player

Madrid imposed themselves from twelve yards in dull match

"We have been leaders to set an example" - Perea, Godin 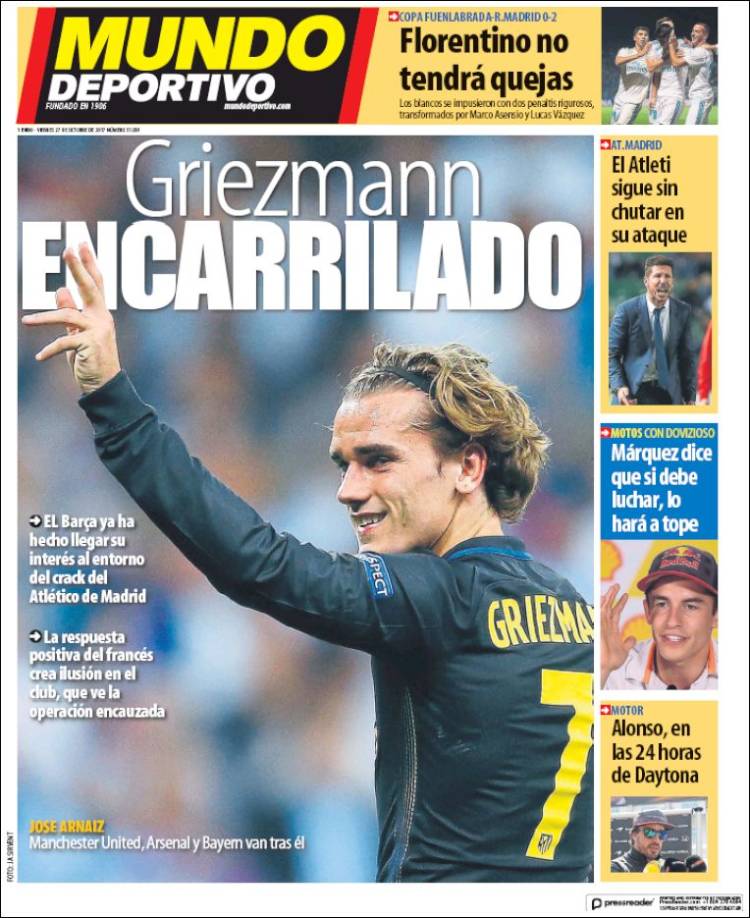 Barca already sent their interest in him to Atletico, positive response from player but it's complicated

Florentino will have no complaints

Atleti still has no kick in it's attack