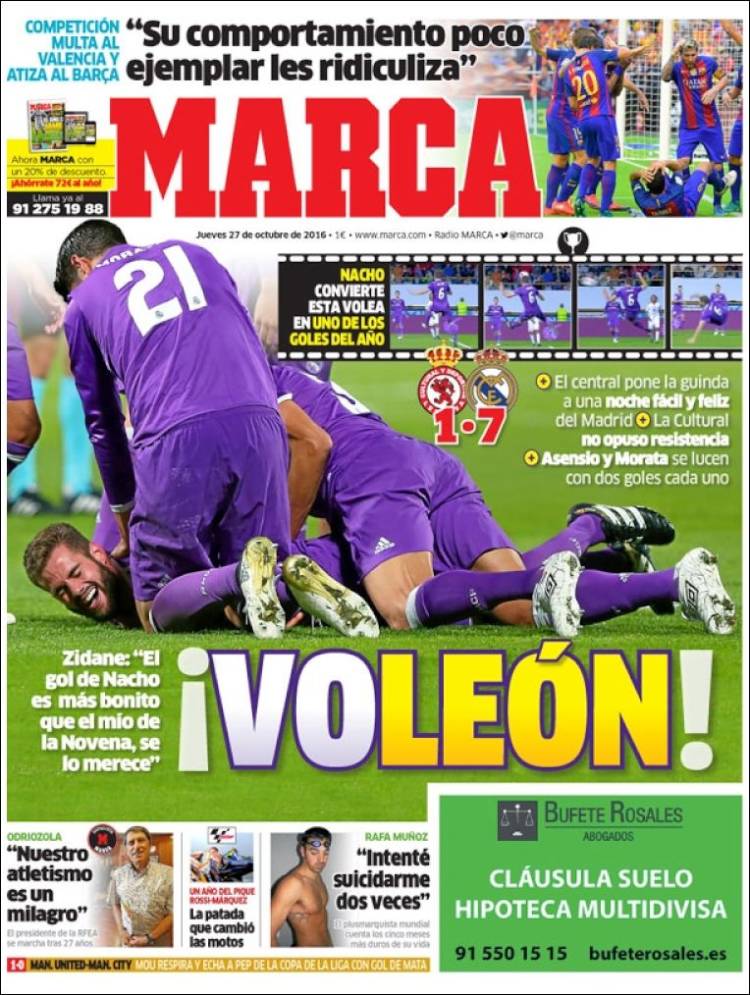 Zidane: It was more beautiful than my La Novena goal 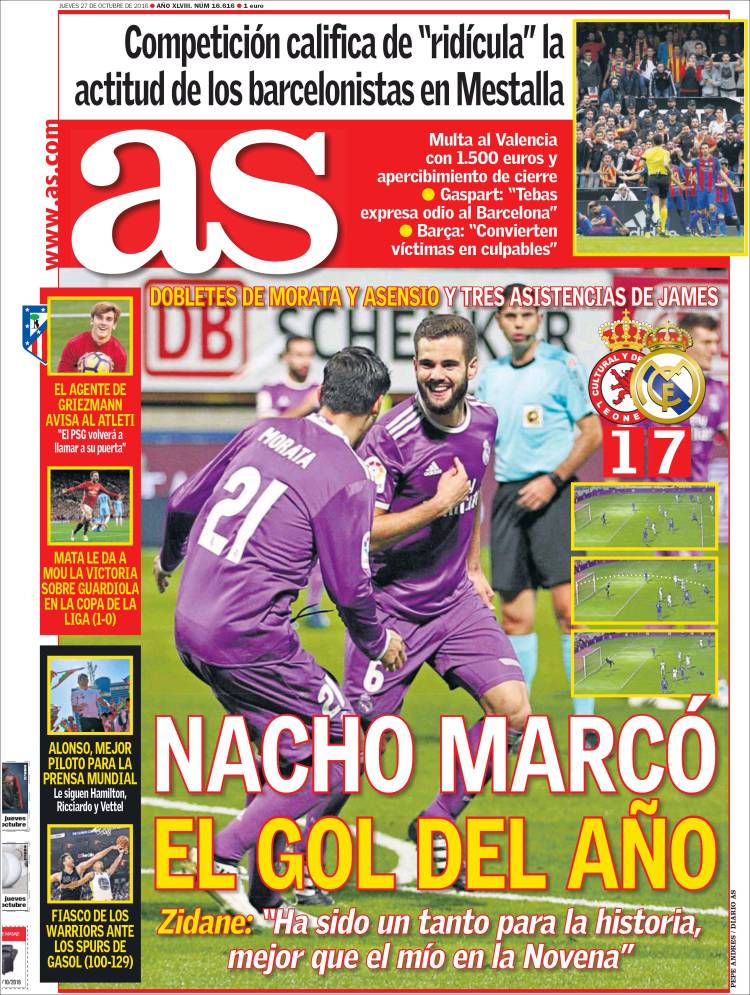 Nacho scores the goal of the year

Asensio and Morata two goals each, James gets three assists

Zidane: It was a memorable goal, better than mine in La Novena

Griezmann's agent warns Atleti - PSG will return for him 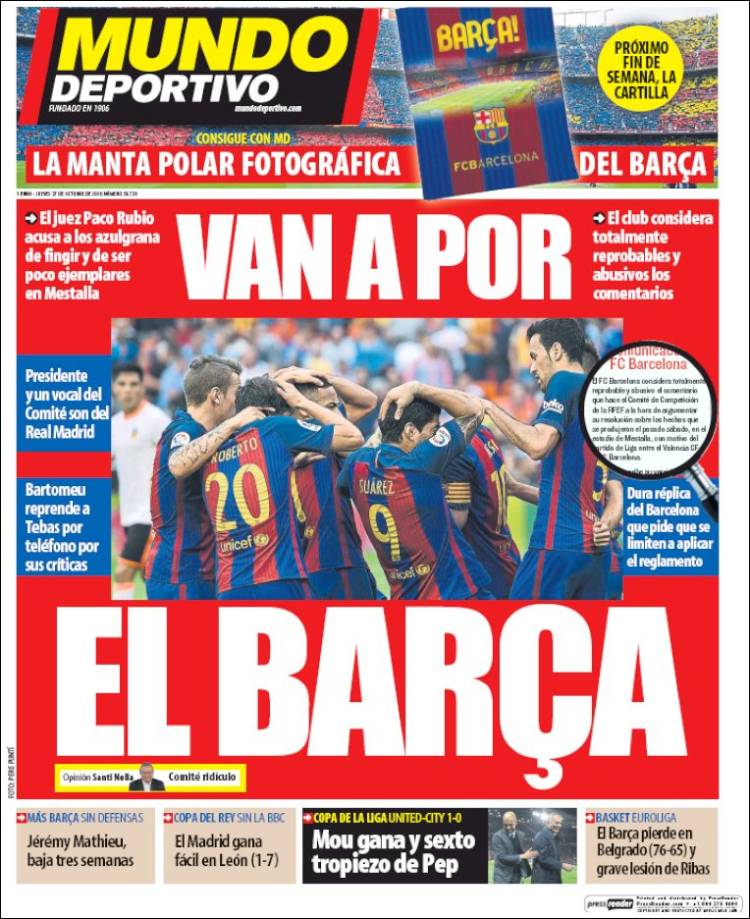 They go for Barca

President and a member of the committee are Real Madrid fans

Jeremy Mathieu - out for three weeks

Madrid win 7-1 away to Cultural, an easy win

Mou wins and Pep is now six without a win