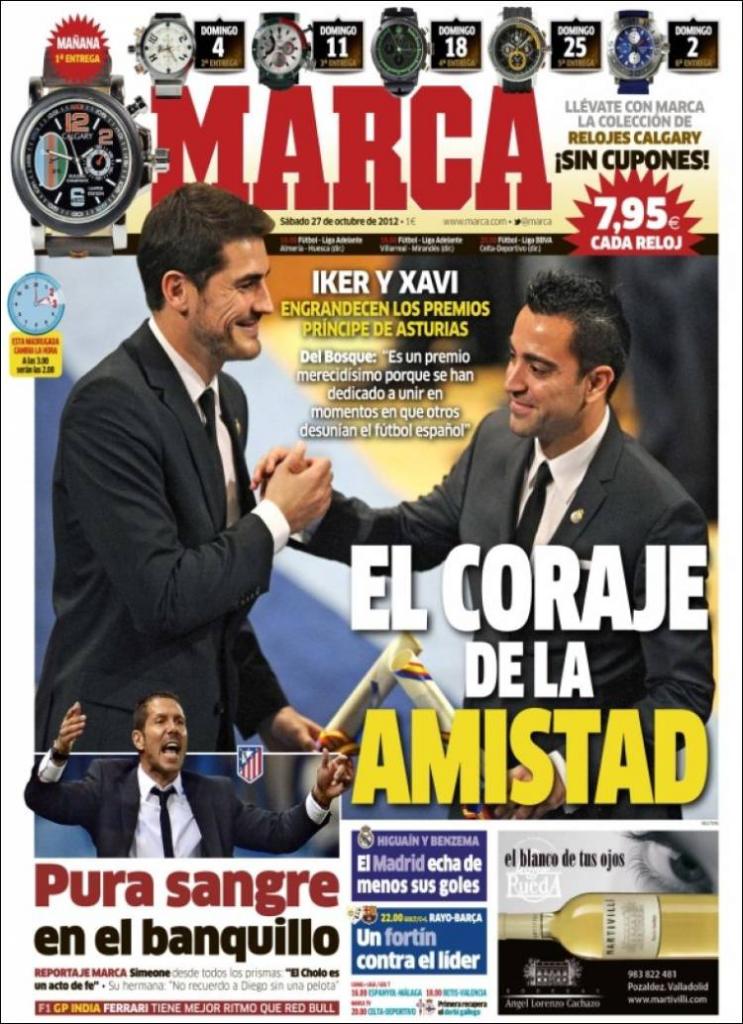 The courage of friendship

Iker and Xavi magnify the Prince of Asturias awards

Del Bosque: “It’s a well-deserved award because they were dedicated to unity at times when others wanted to cause a rift in Spanish football”

Pure blood on the bench

Simeone from all angles – “El Cholo is an act of faith”

His sister: “I don’t remember Diego without a ball”

Rayo-Barca: a fortress against the leaders 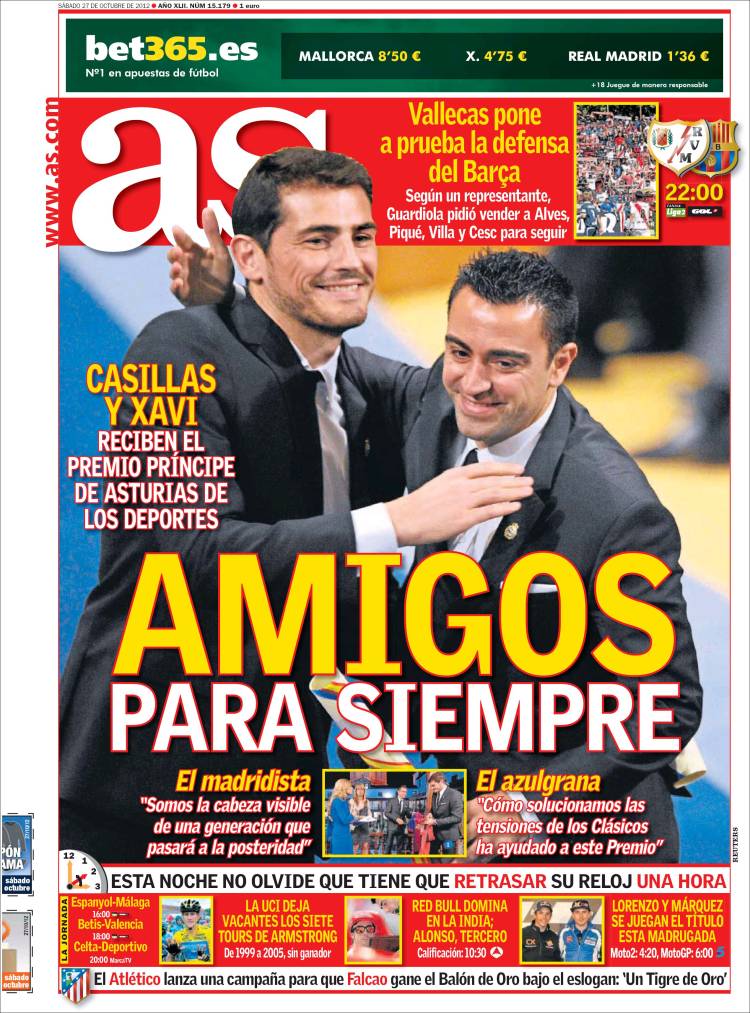 Casillas and Xavi receive the Prince of Asturias award for sport

The Madrid player: “We are the visible head of a generation that will pass into posterity”

The Azulgrana: “The way we found a solution to the tension in Los Clasicos helped us win this award”

Vallecas puts the Barca defence to the test

According to an agent, Guardiola asked to sell Alves, Pique, Villa and Cesc before he would continue

Atletico launch a campaign for Falcao to win the Ballon d’Or with the slogan: “A Golden Tiger” 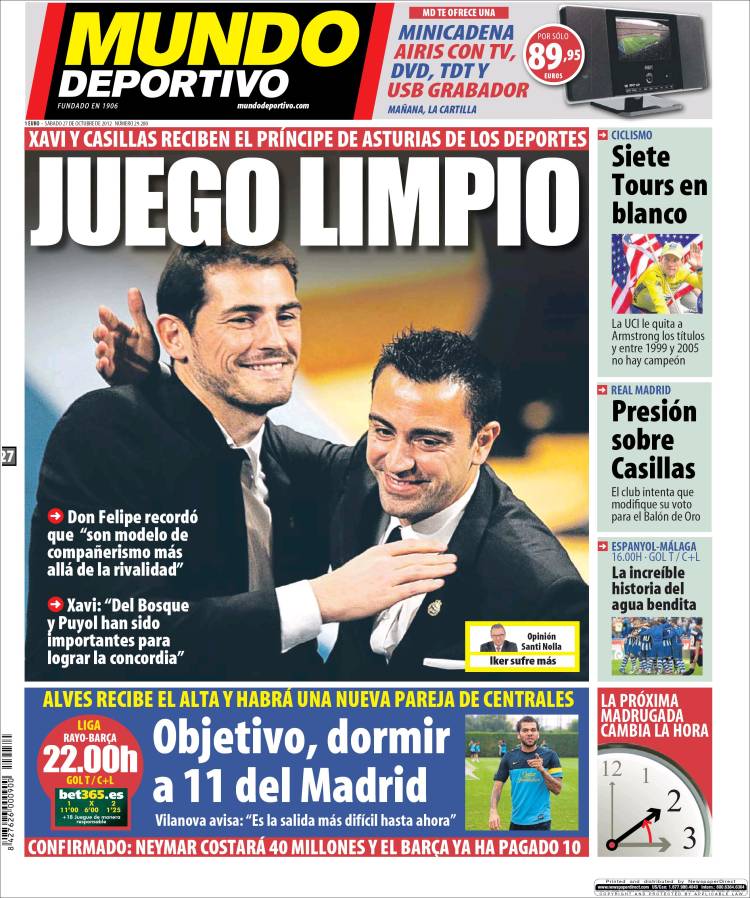 Xavi and Casillas receive the Prince of Asturias award for sport

Espanyol-Malaga: the incredible story of the holy water

Objective: to get 11 points ahead of Madrid

Vilanova warns: “It’s the most difficult away trip we’ve faced until now”