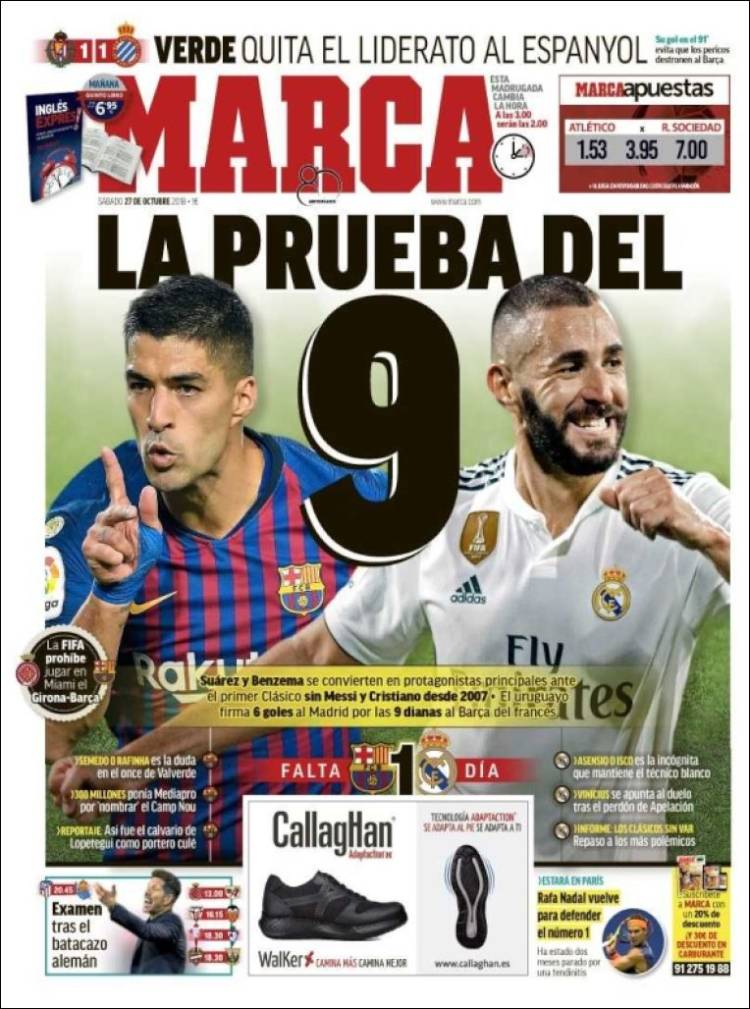 The test of No 9s

The Uruguayan has scored six goals against Madrid, compared to the Frenchman's nine versus Barca

Semedo or Rafinha is Valverde's only doubt

Mediapro puts €308m on the table to 'name' Camp Nou

Lopetegui was humiliated here as a Barca goalkeeper

Asensio or Isco remains the mystery for the Blancos boss

Vinicius is available after having his ban lited

Examination after being thumped in Germany 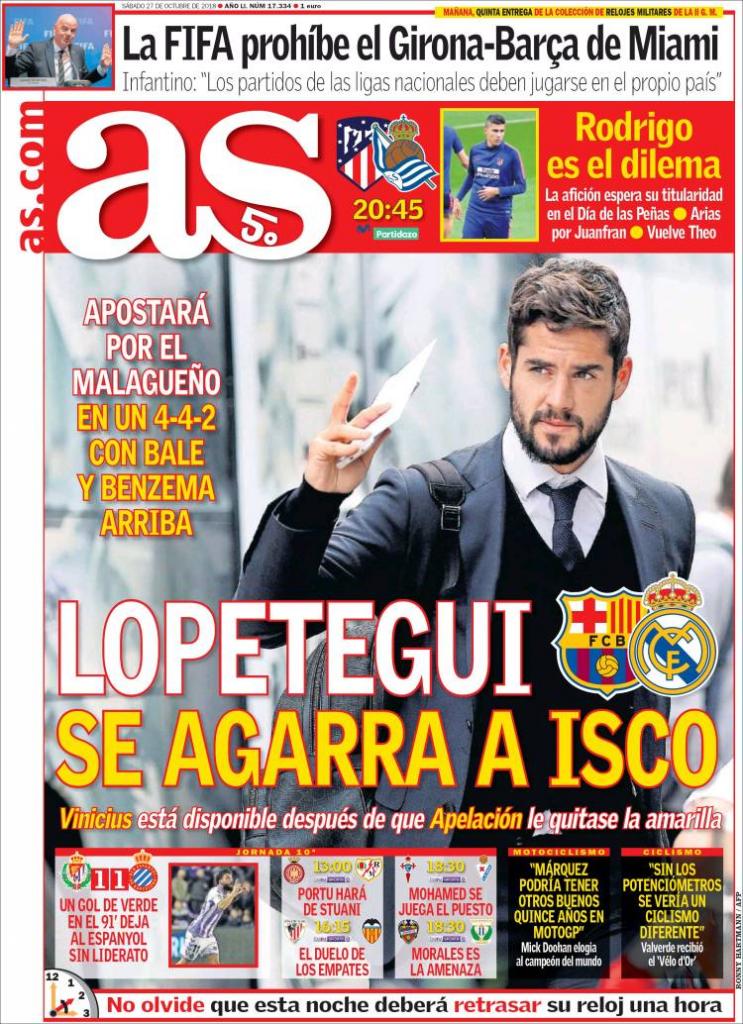 Rodri is the dilemma

Lopetegui clings on to Isco

Clash of the 'drawers'

Mohamed is playing for his position

Morales is the threat 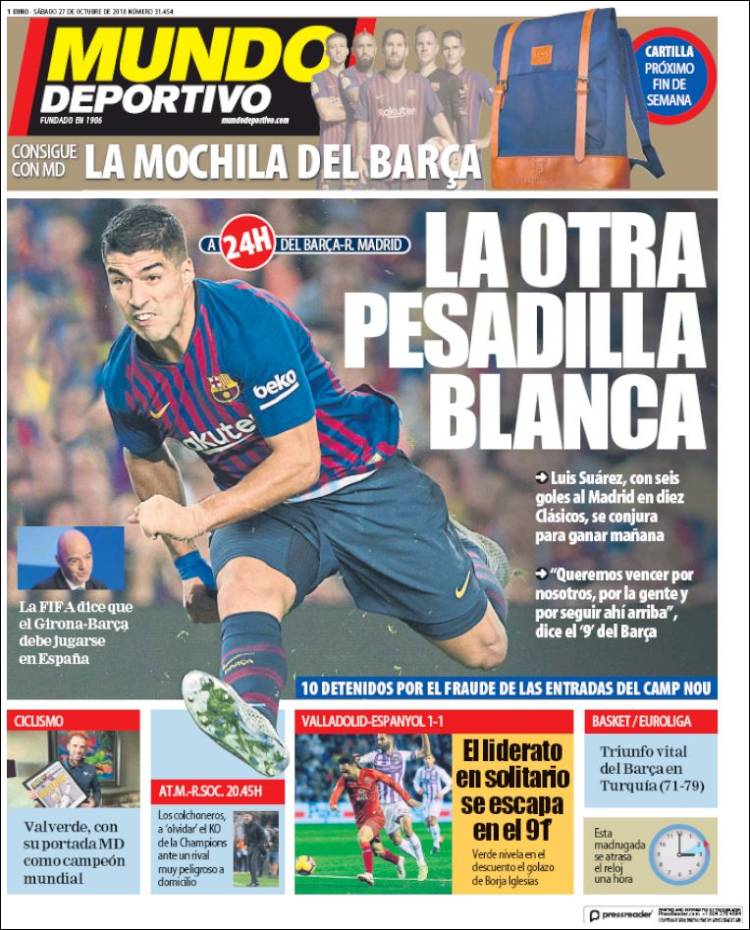 Luis Suarez, with six goals against Madrid in 10 Clasicos, is plotting to win tomorrow

"We want to win for ourselves, the fans and to stay top," says the Barca No 9

FIFA says Girona-Barca must be played in Spain