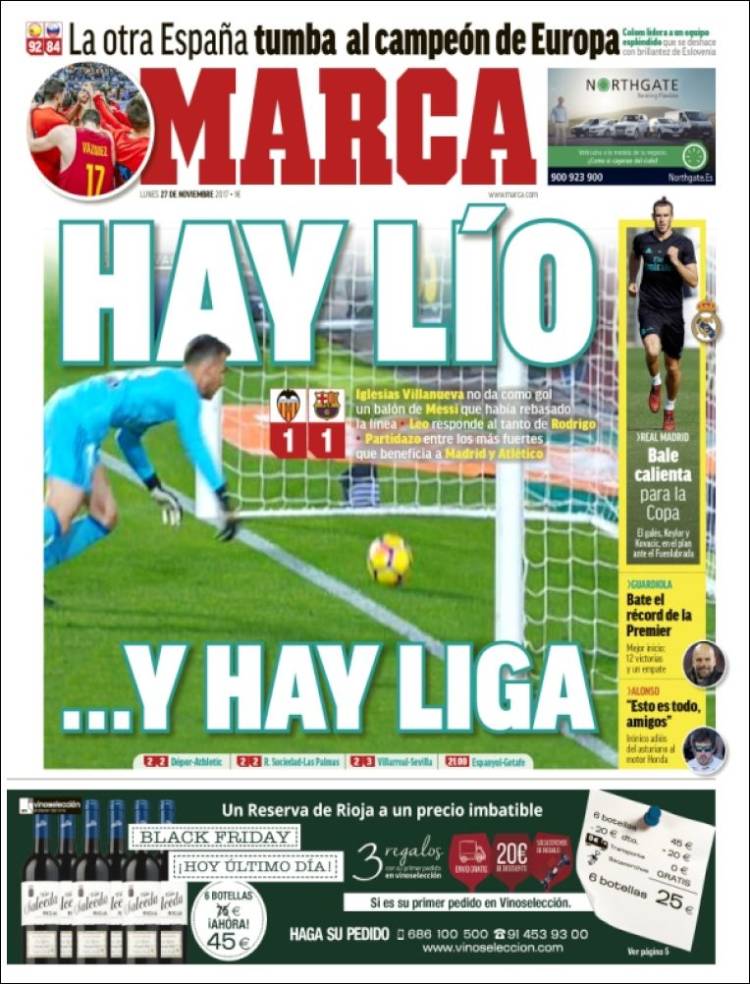 There is a mess...and there is a league!

Iglesias Villanueva does not give Messi goal that crosses line, a great game which benefits Madrid duo

Bale warm for the Copa 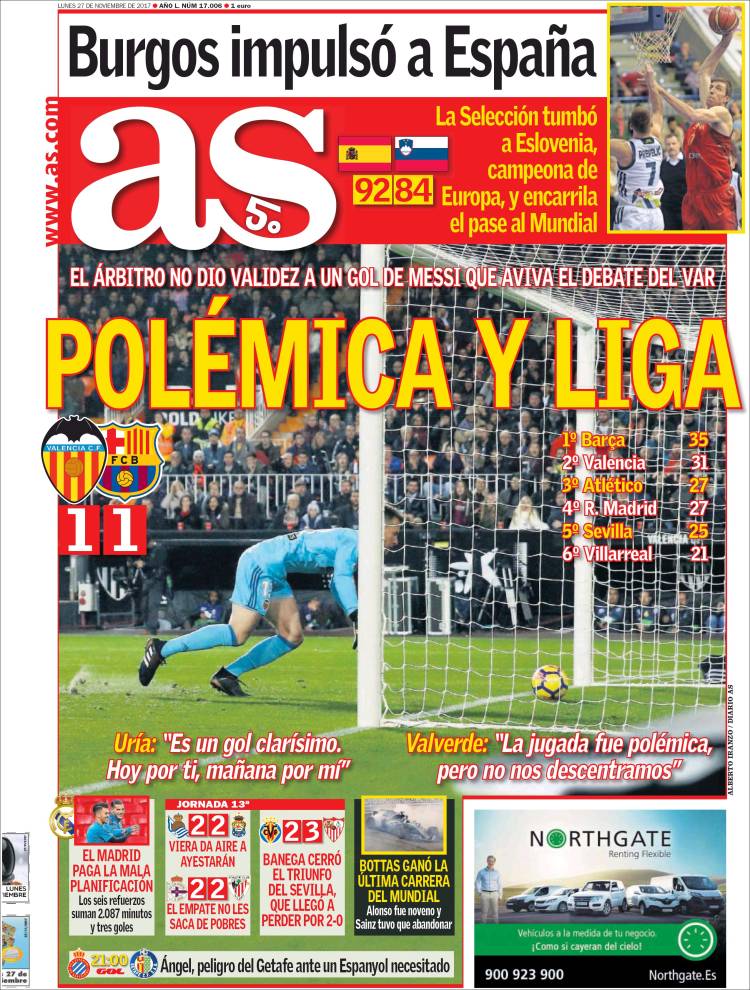 Uria: "It's a clear goal, today for you, tomorrow for me"

Valverde: "The play was controversial, but we are not discouraged"

Banega completes Sevilla win from 2-0 down

Angel, dangerous against an Espanyol in need 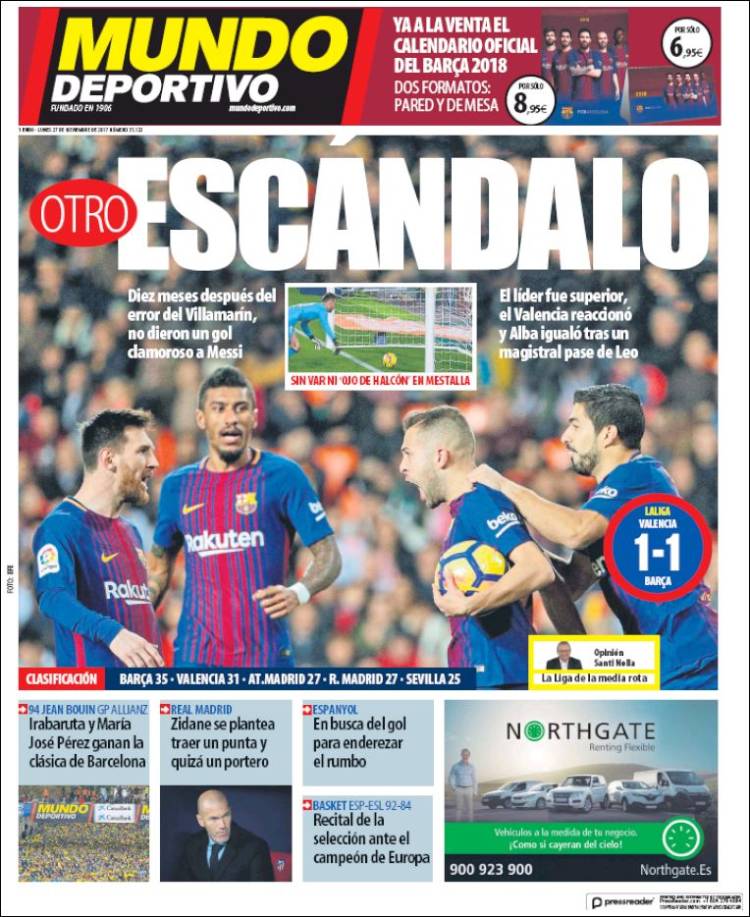 Ten months after the Villamarin, another error after clear Messi goal, the leaders were superior, Valencia reacted, Rodrigo scored then Alba after Messi assist

Without VAR or hawkeye in Mestalla

Real Madrid plan on a striker and perhaps a goalkeeper