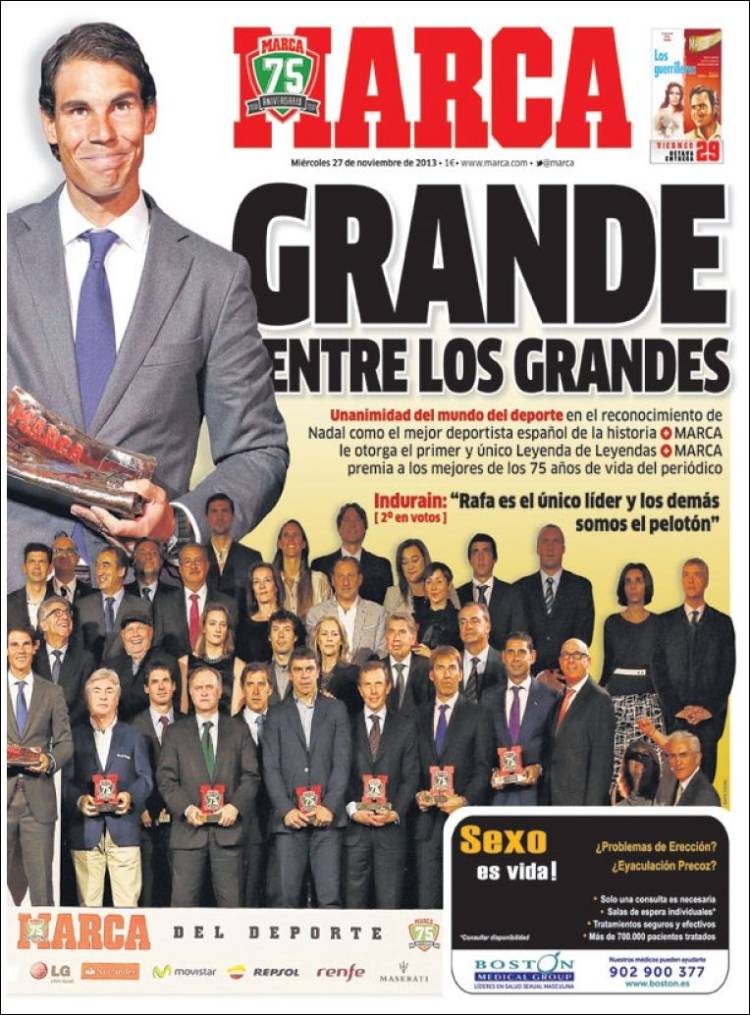 Marca awards Nadal the award as the legend among legends

Indurain: "Rafa is the leader, the rest of us are behind him" 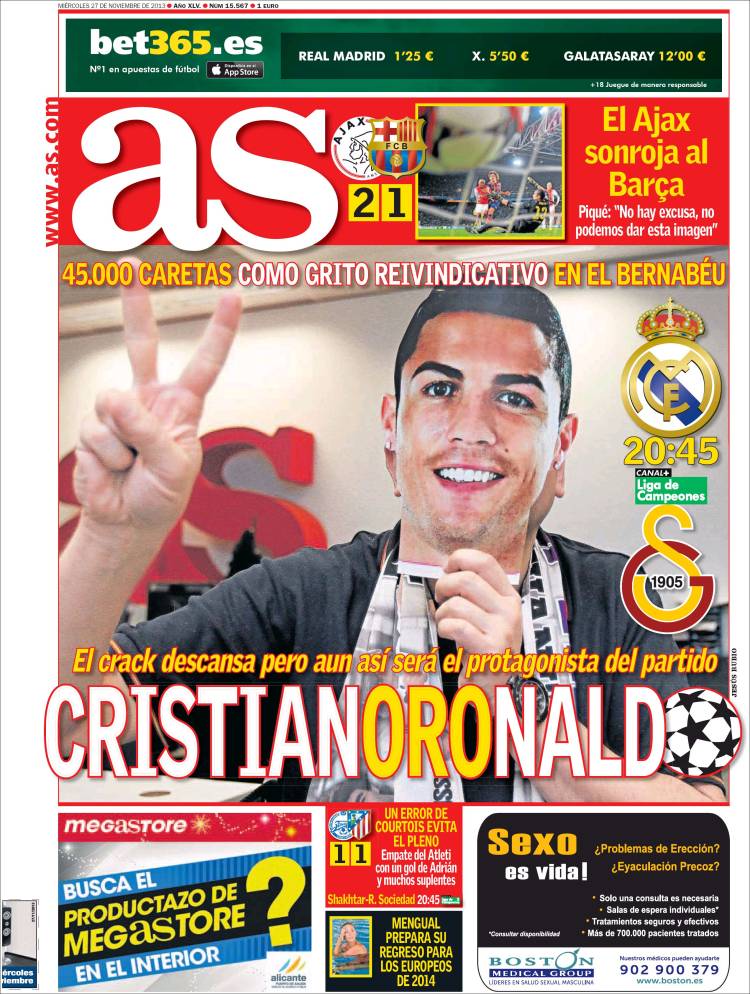 45,000 Ronaldo masks to be present at the Bernabeu

Pique: "There is no excuse, we did not give a good image of ourselves"

A mistake by Courtois costs Atletico 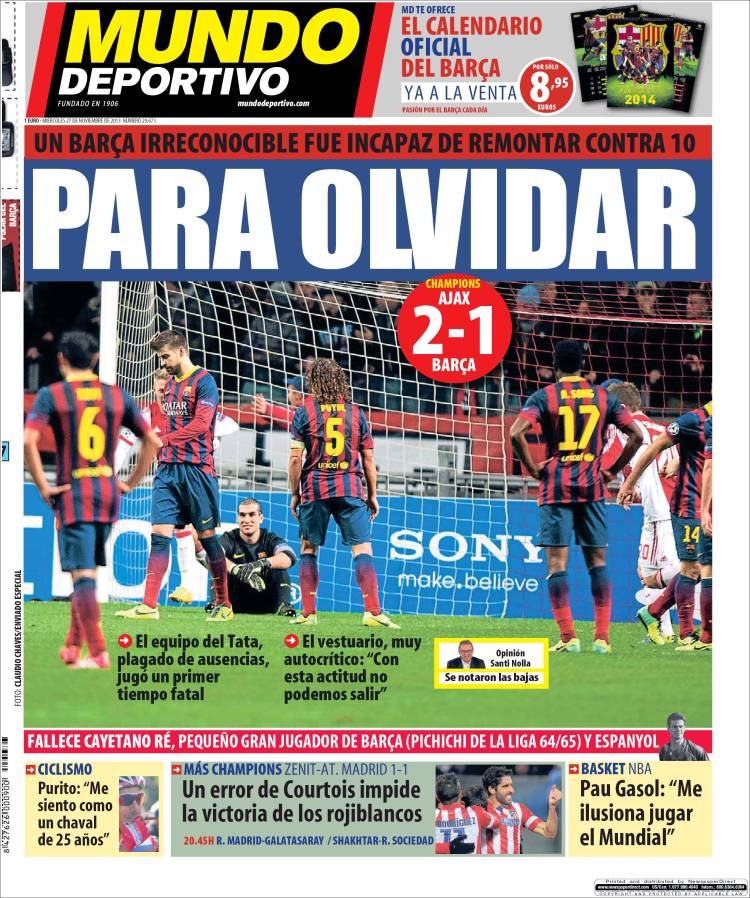 An unrecognisable Barca was unable to come back against ten men

Tata's team, plagued by injuries, played a terrible first half

The team was critical of itself, "With this attitude we can go out onto the field"

Basketball, Pau Gasol: "I dream to play in the world cup"