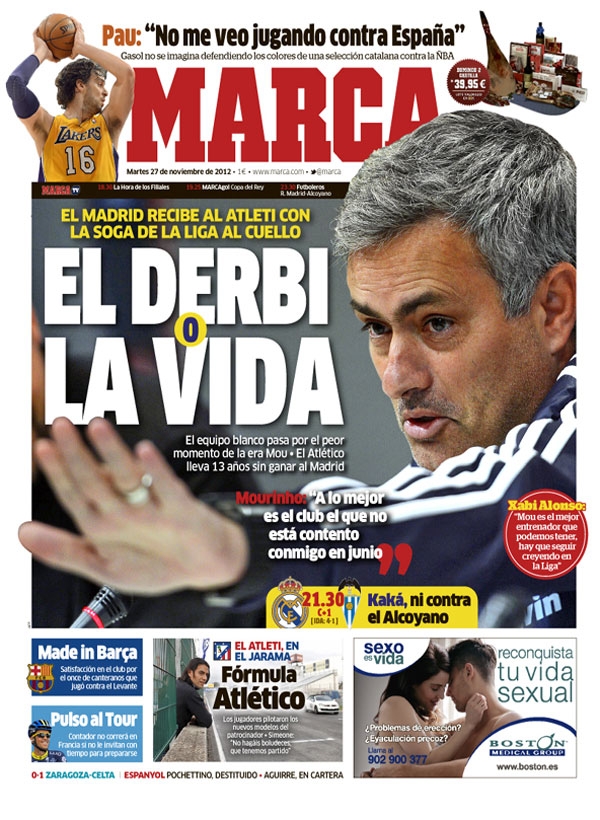 The Derby or life: Real to welcome Atleti with their La Liga chances hanging by a thread

Real going through their worst period in the Mourinho era

Atletico have gone 13 years with a win at Real Madrid

Mourinho: Maybe the club will not be happy with me come June

Kaka not to play against Alcoyano

Xabi Alonso: Mou is the best trainer we could have at the moment and we must continue believing in La Liga

Made in Barca: Great satisfaction at Barcelona for the eleven youth players that played so well against Levante

Pulso al Tour: Contador  to not race in France if he is not invited in time to prepare

Atleti in the Jarama

Formula Atletico: The players drive the new model cars of their sponsors

Pau: I cannot see myself playing against Spain 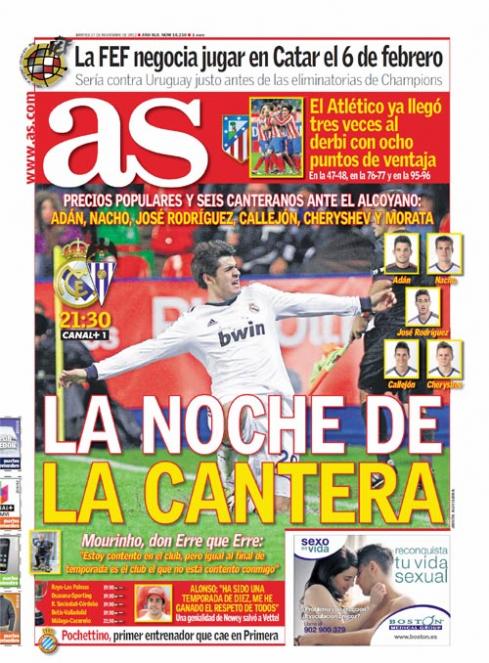 The FEF negotiate to play in Qatar on February 6

The night of the cantera

Mourinho: I am content at the club, but, at the end of the season the club may not be happy with me

Alonso: It has been my tenth season and I have won the respect of everyone

Pochettino: first coach to be sacked in the Primera 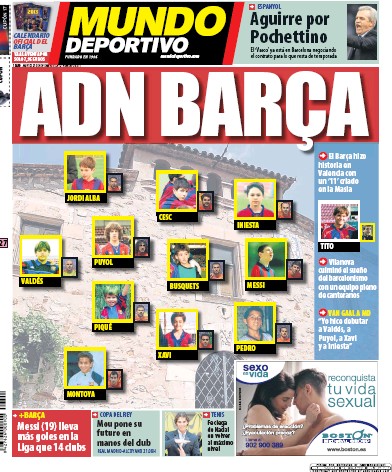 Van Gaal: I gave the debuts to Valdes, Puyol, Iniesta and Xavi

Copa del Rey: Mou puts his future in the hands of the club

Aguirre for Pochettino: ‘El Vasco’ already in Barcelona negotiating a contract that will see him at Espanyol until the end of the season

Tennis: Blind faith that Nadal will return to his best level