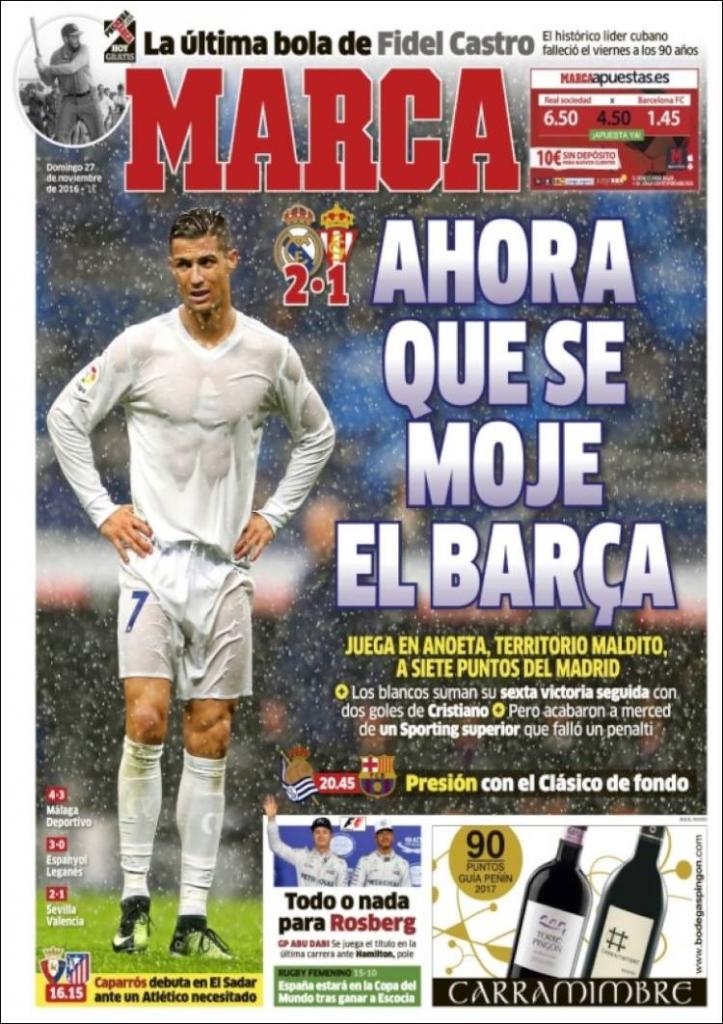 Now for Barca to get wet

They play at Anoeta, a cursed venue, seven points behind Madrid

Pressure with the Clasico in the background

Caparros debuts at El Sadar against a needy Atletico 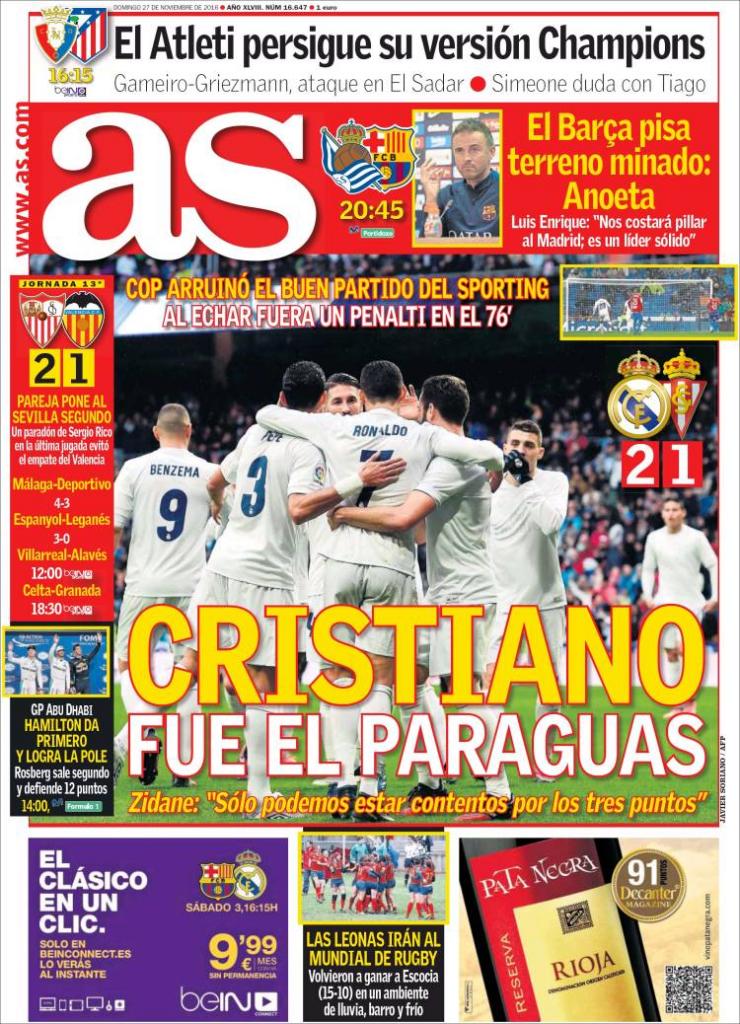 Cristiano was the umbrella

Zidane: “We can only be happy about the three points”

Luis Enrique: “It will take a lot of us to catch Madrid, they have a solid lead”

Simeone has doubts over Tiago 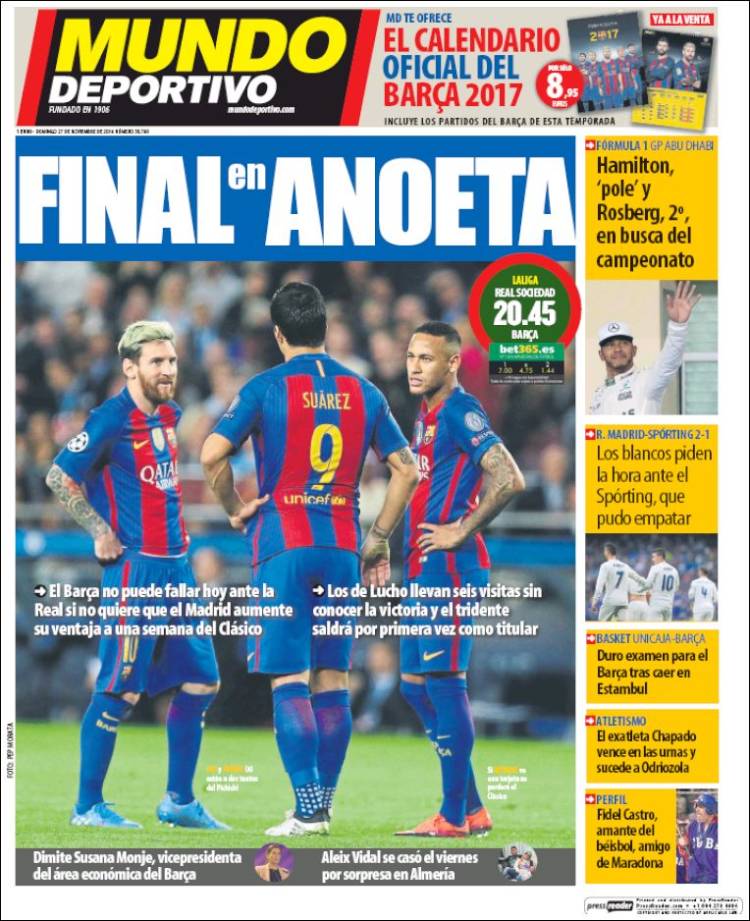 Lucho’s men have gone six visits without a victory, and the ‘trident’ will start there for the first time as starters

Aleix Vidal married on Friday by surprise in Almeria

Los Blancos ask the time against Sporting, who could have drawn