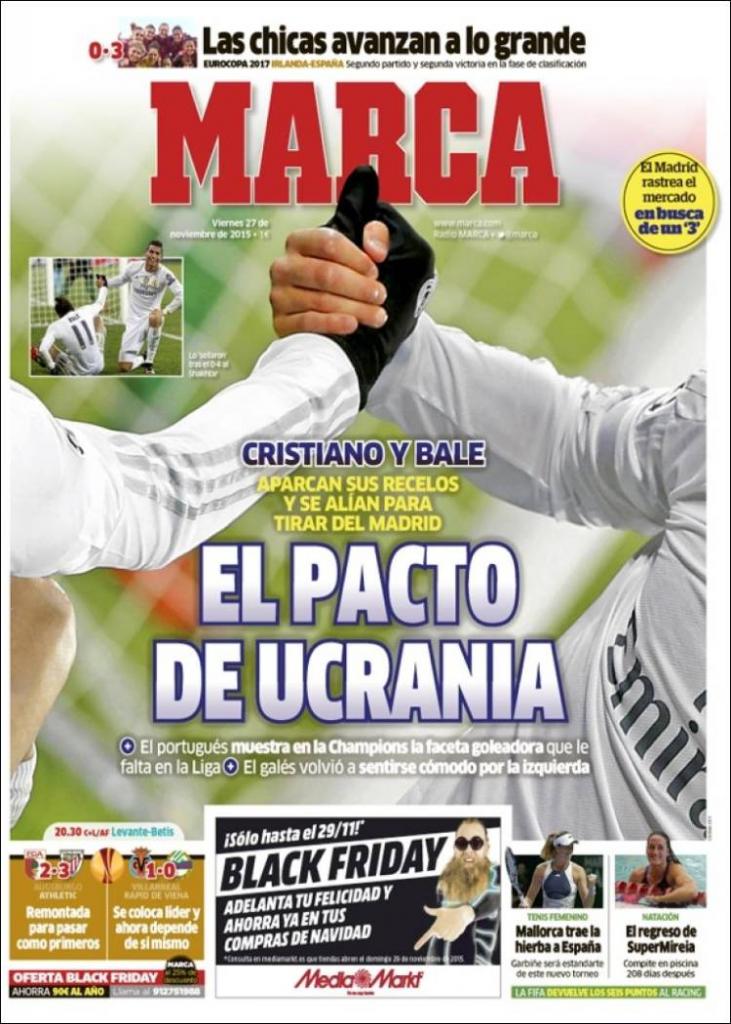 The pact of Ukraine

The Portuguese showed in the Champions League his scoring side, which he is lacking in La Liga

The Welshman came to feel comfortable on the left

Comeback to go through as group winners

They become group leaders and have fate in their own hands 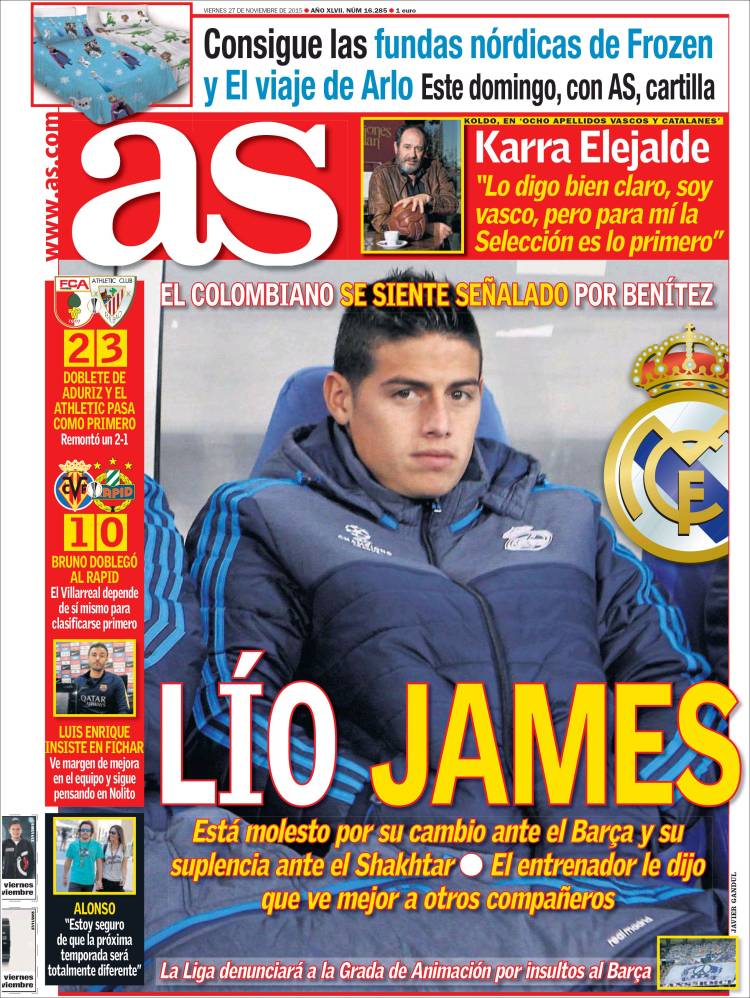 The Colombian feels singled out by Benitez

He is upset with being substituted against Barca and Shakhtar

The Coach told him his teammates looked better than him

Villarreal depend upon themselves to qualify in first 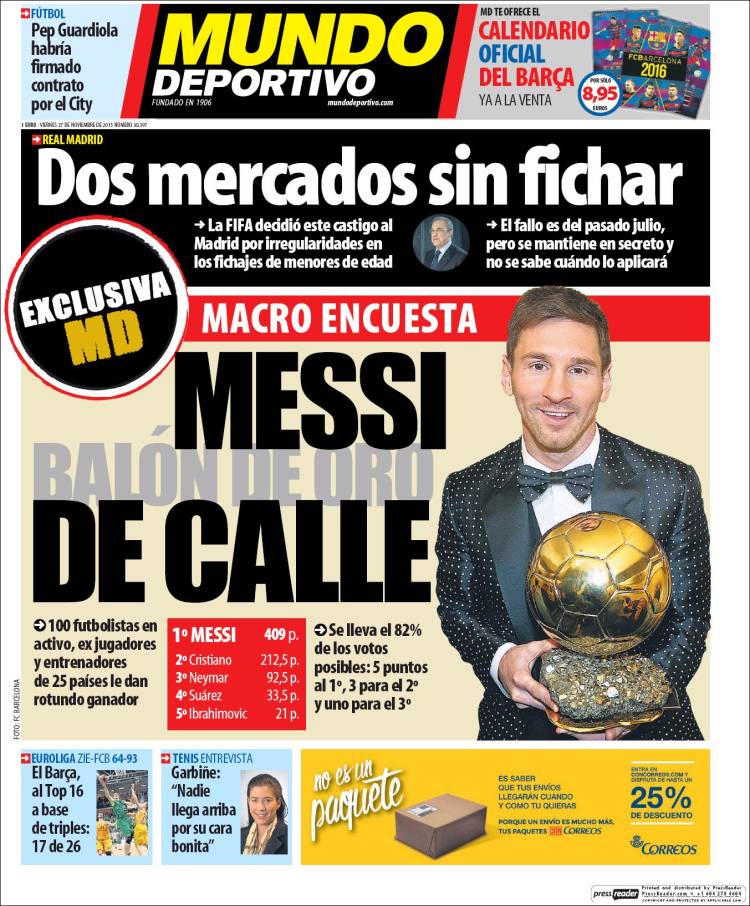 One hundred active players, former players and Coaches from 25 countries make him the resounding winner

He takes 82 percent of the votes: five points to the first, three for the second and one for the third

The ruling was made last July but remains secret, and it is not known when it will be enforced