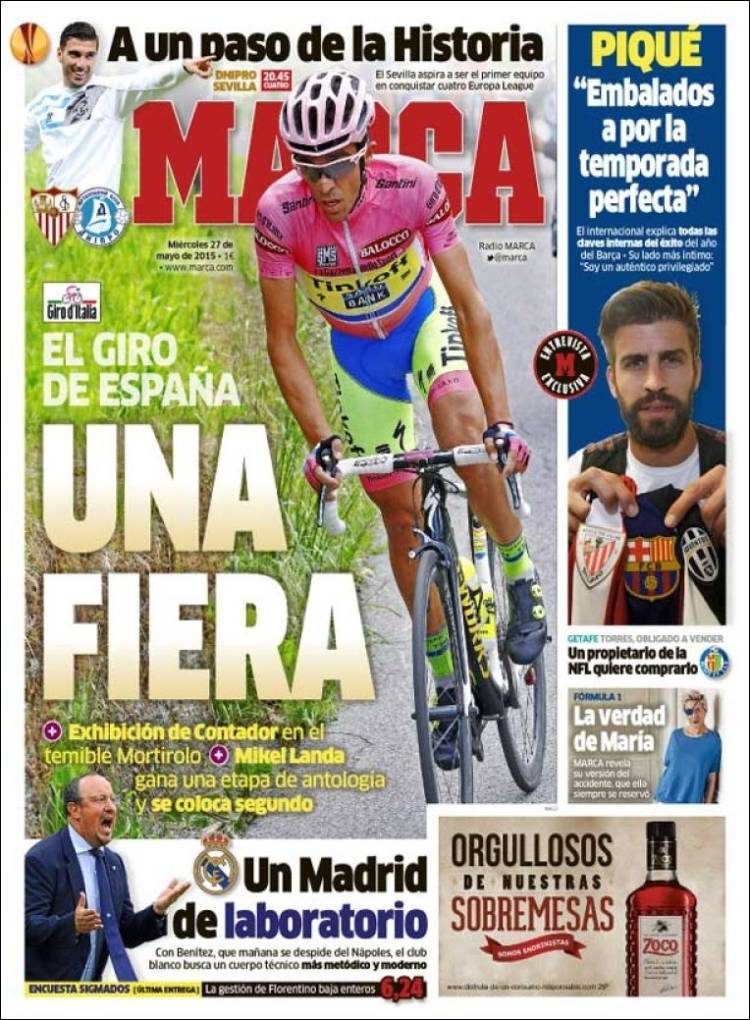 Contador exhibition on the terrible Mortirolo

With Benitez, who tomorrow bids farewell to Napoli, the Blanco club looks for a more methodical and modern technical body

‘Wrapping up a perfect season’

The international explains the success of the Barca year - his more intimate side: “I am genuinely privileged”

A step away from history

An owner of the NFL wants to buy 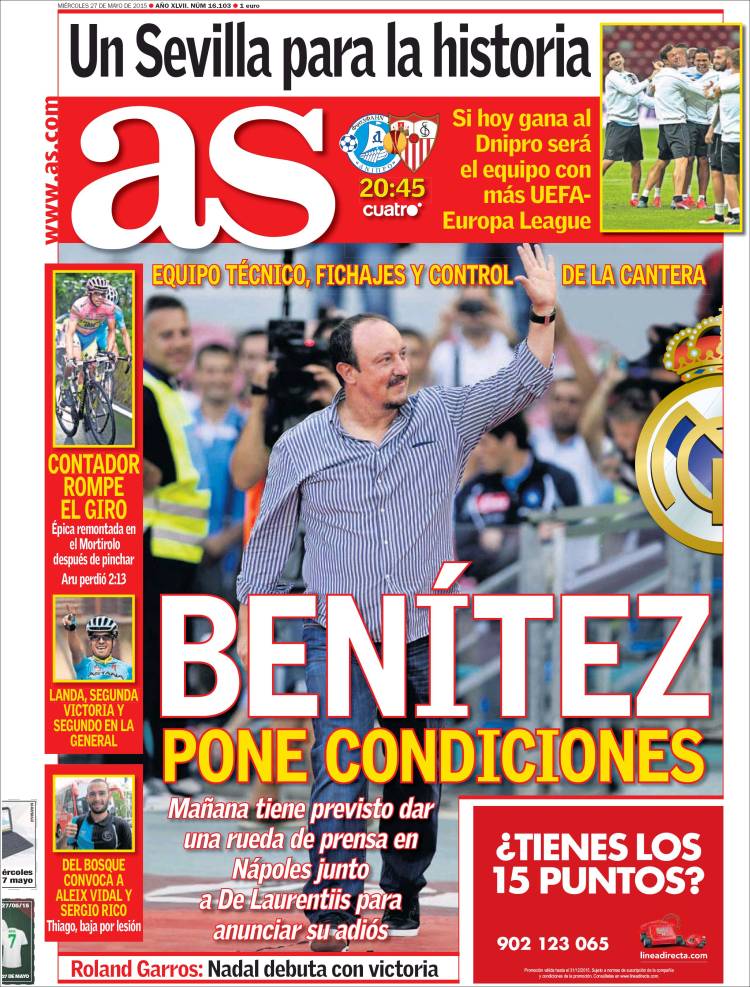 Technical team, signings and control of the cantera

A Sevilla for history

Thiago out with injury 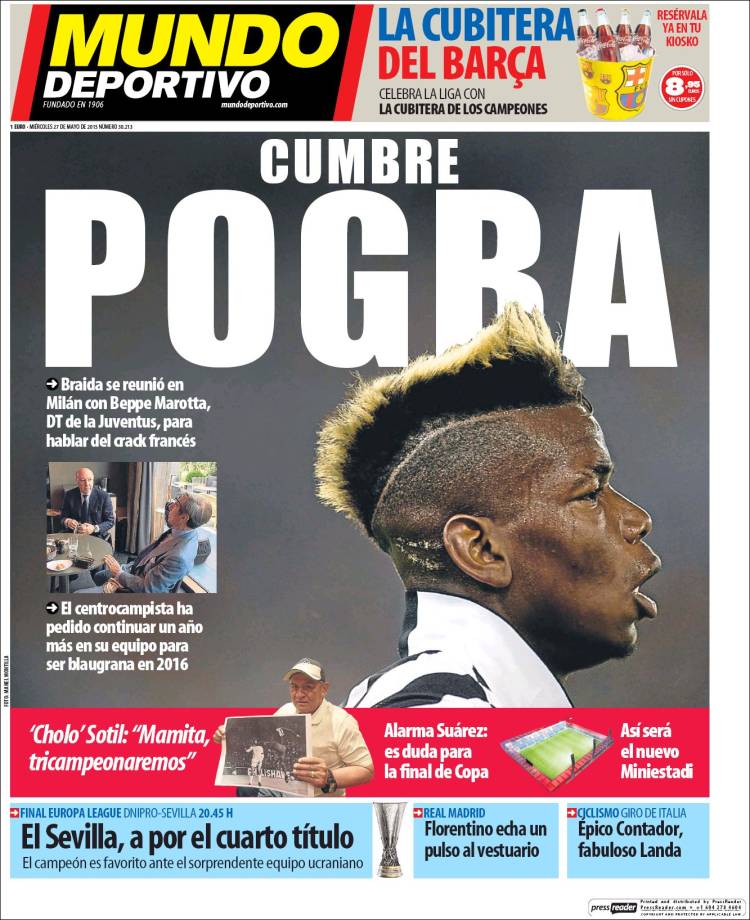 Braida is meeting in Milan with Beppe Marotta, DT of Juventus, to talk about the French star

Suarez alarm: a doubt for the Cup final

Sevilla for a fourth trophy

The champions are favourites against the surprise Ukrainian team

Florentino sends a boost to the dressing room