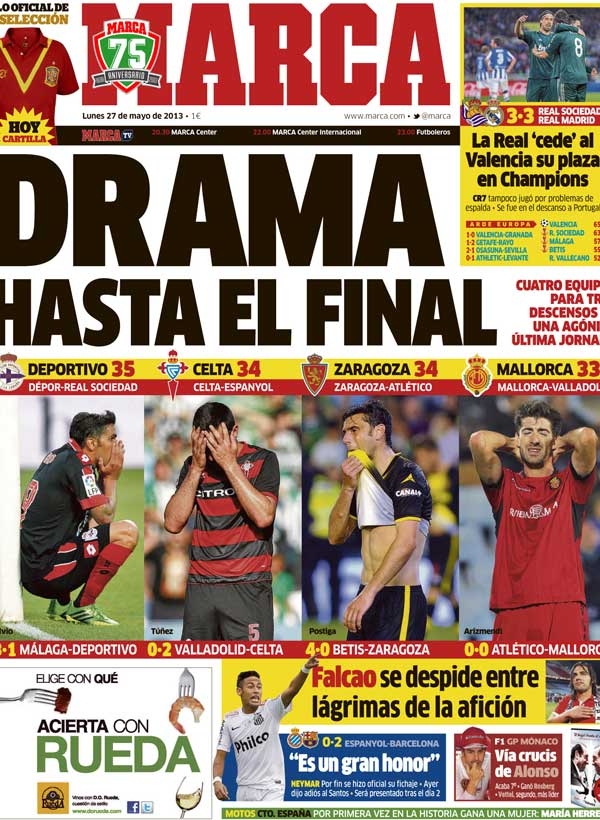 Drama until the final

Four teams facing relegation and agony on the last day

Falcao says goodbye amidst tears from the home crowd

Espanyol 0-2 Barcelona: "It is a great honour"

Neymar, finally his signing is made official

Yesterday he says goodbye to Santos

He will be present on June 2

CR7 did not play because of problems to his back

It left in the break to go to Portugal 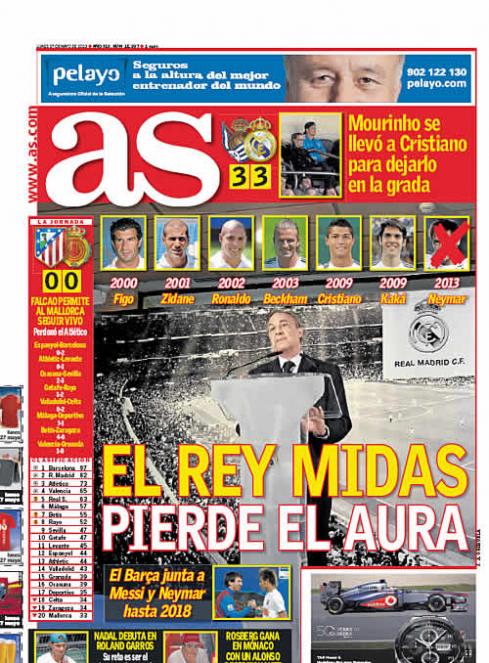 Barca have Messi and Neymar until 2018 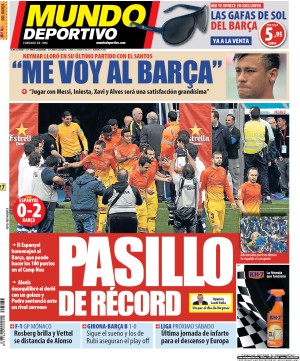 The walk of record breakers

Neymar cries in his last game for Santos

"I will play with Messi, Iniesta, Xavi and Alves and it will be a great satisfaction"

Formula 1, GP Monaco: Roseberg shines, Vettel gets away from Alonso

La Liga, the next Saturday