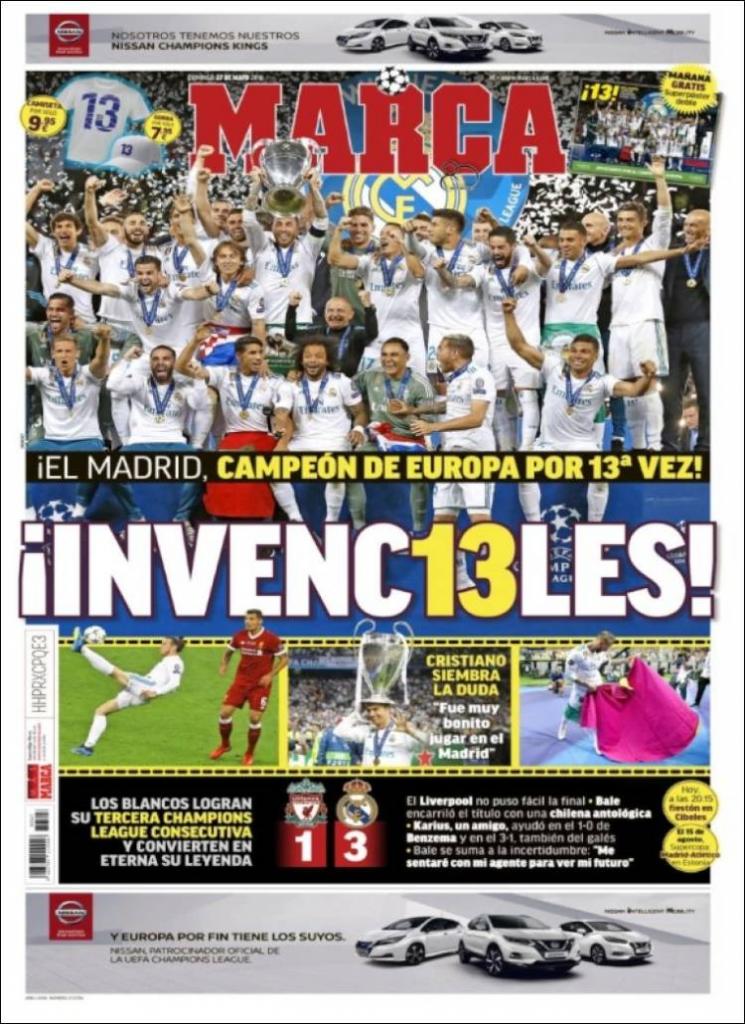 "It was very nice to play for Madrid"

Liverpool did not make the Final easy

Bale adds to the uncertainty: "I will talk my future through with my agent" 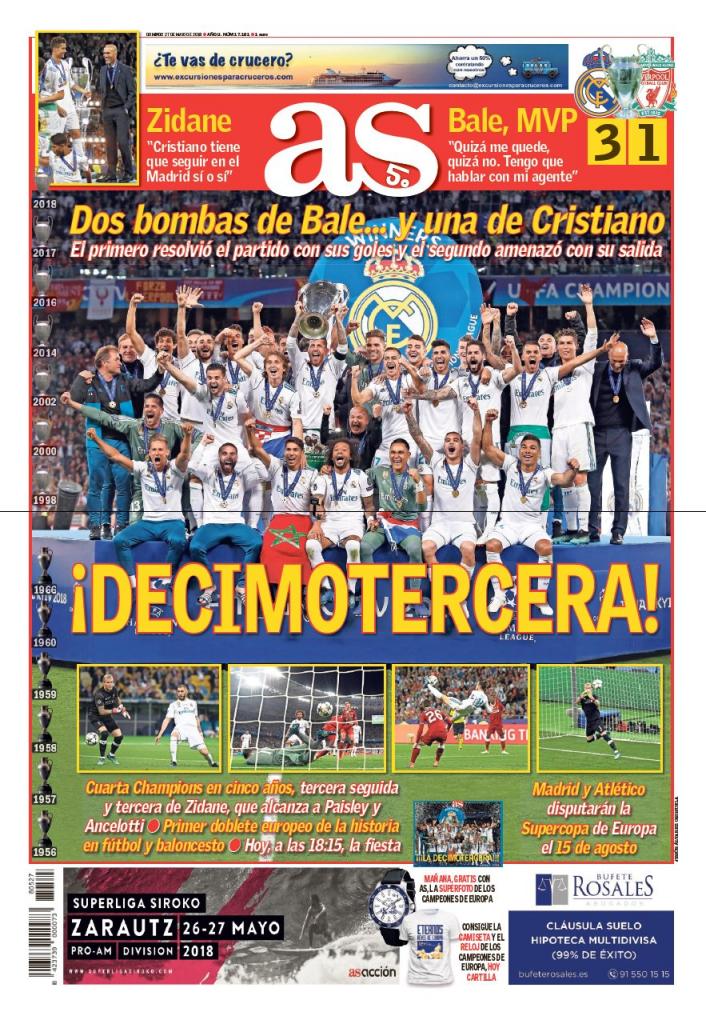 Zidane: "Cristiano has to stay at Madrid no matter what"

Bale, man of the match: "Maybe I'll stay, maybe I don't. I have to talk to my agent"

Two bombs from Bale... and one from Ronaldo

Fourth Champions League in five years, third in succession and third under Zidane, who moves on the par with Paisley and Ancelotti 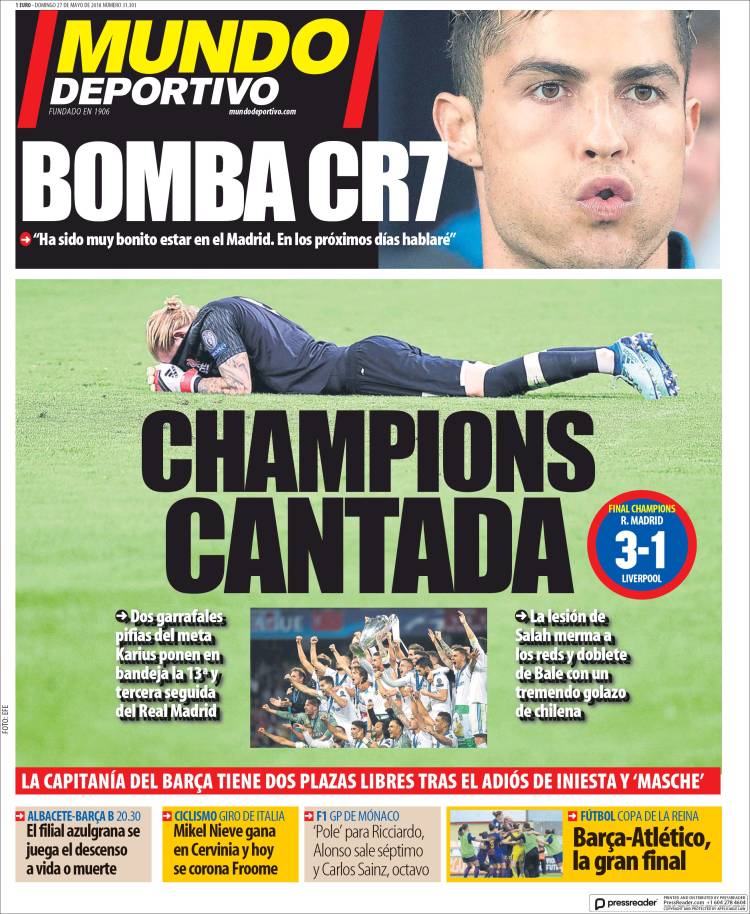 "It was very nice to play for Madrid. I'll talk in the next few days"

Salah's injury depleted the Reds and Bale scored a brace, one of which was a tremendous overhead-kick golazo

The Azulgrana kids play for survival, in a case of life or death