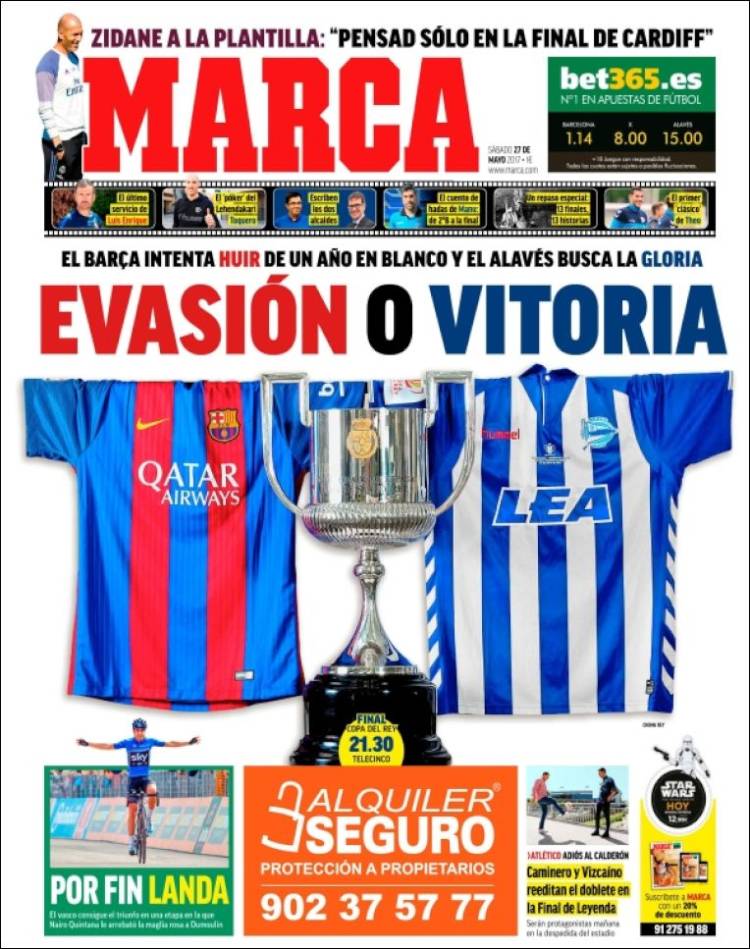 Zidane to his squad: “Just think about the Final in Cardiff”

Atletico’s farewell to the Calderon

Caminero and Vizcaino relive the Double in the Legends Final

They will be protagonists tomorrow in the stadium’s farewell game 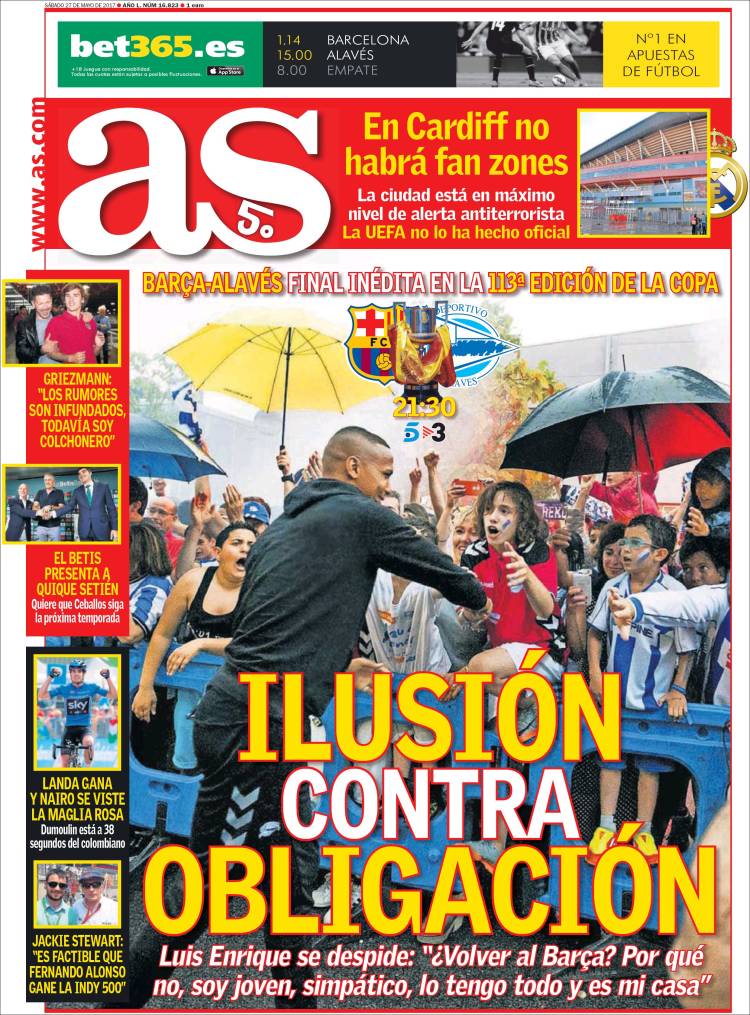 Luis Enrique says goodbye: “Back to Barca? Why not? I’m young, kind, I have everything and it’s my home”

There will be no fan zones in Cardiff

The city is at the highest level of anti-terror alert

UEFA has not made it official

He wants Ceballos to stay next season 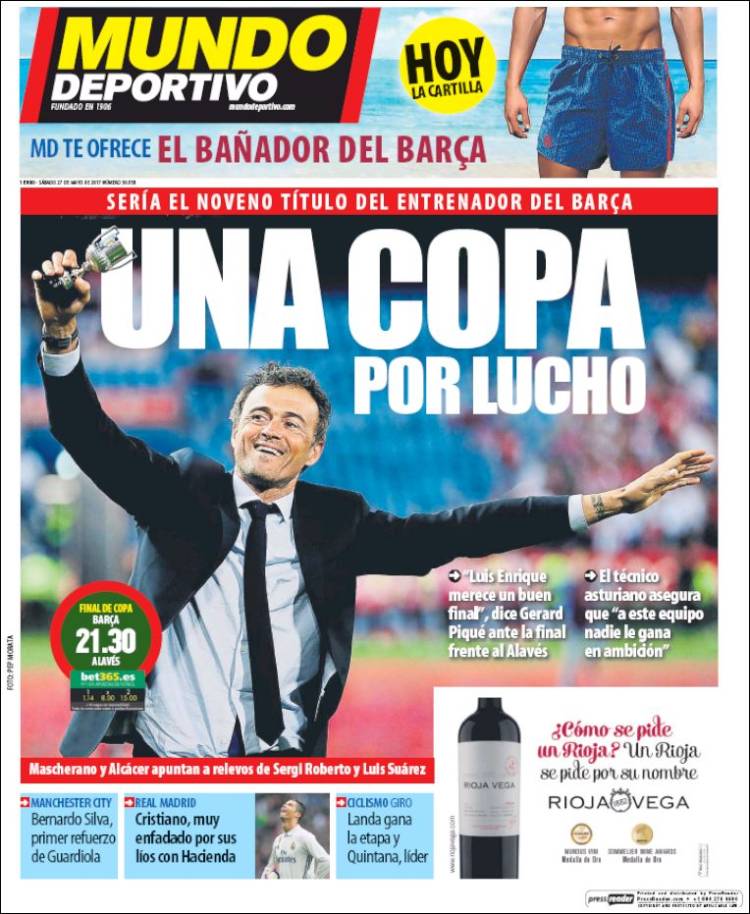 A Copa for Lucho

It would be his ninth trophy as Barca Coach

The Asturian Coach says that “in this team, you can’t knock anyone for their ambition”

Mascherano and Alcacer could replace Sergi Roberto and Luis Suarez

Cristiano, very angry about his problems with Hacienda