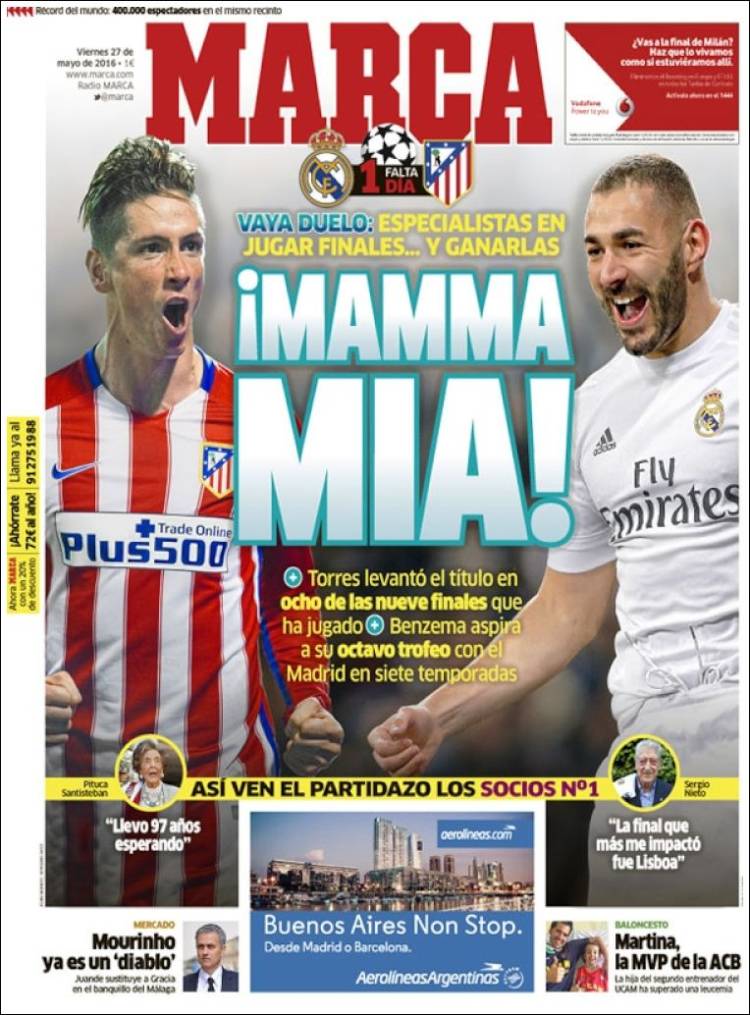 What a duel: They are specialists in playing finals and winning them

It is also a big game for the No 1 socios

Sergio Nieto: “The final that impacted on me the most was Lisbon”

Mourinho is a ‘devil’ 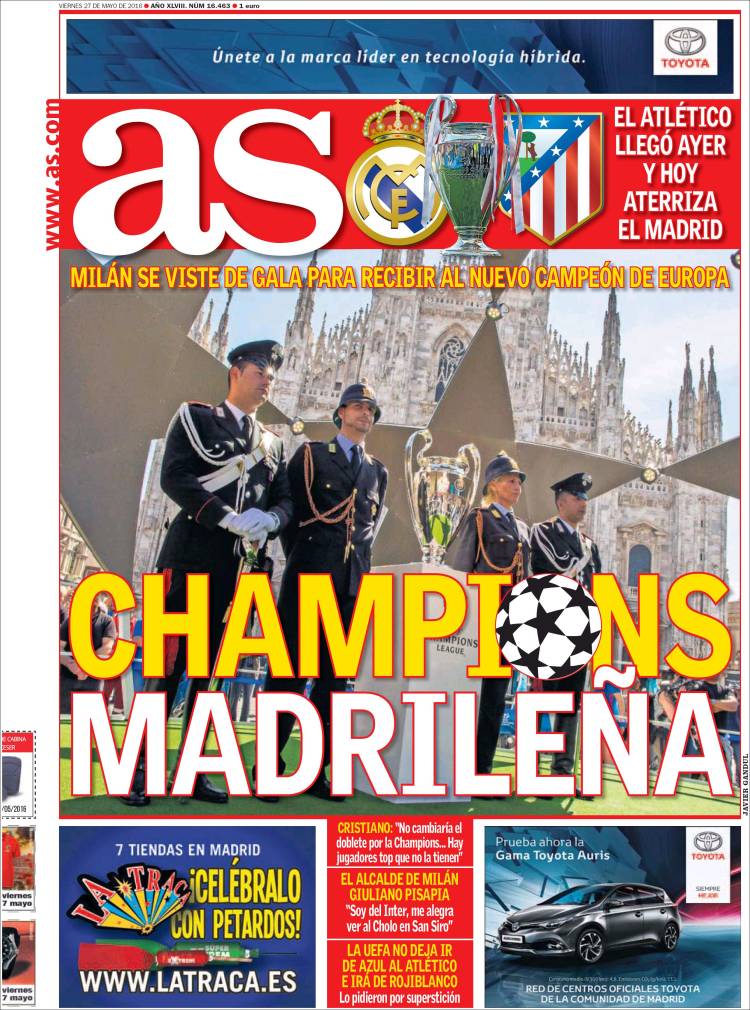 Milan is decked out to welcome the new champions of Europe

The mayor of Milan, Giuliano Pisapia

UEFA will not allow Atletico to play in blue

They asked on superstitious grounds 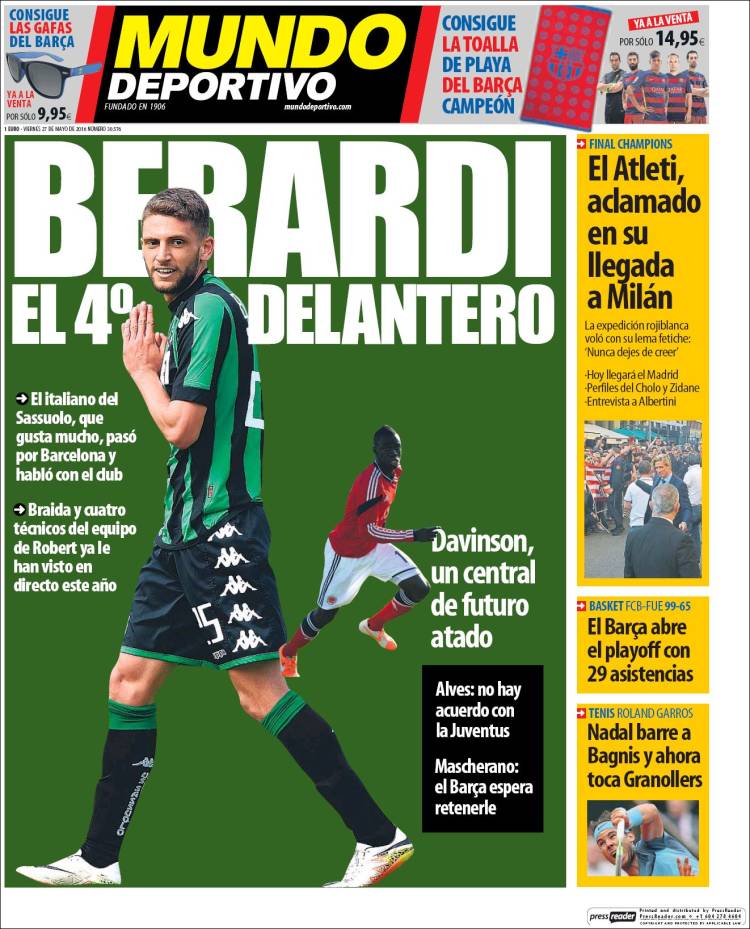 The Italian, who plays for Sassuolo and is liked a lot, passed through Barcelona and spoke to the club

Davinson, a centre-back for the future

Alves: there is no agreement with Juventus

Mascherano: Barca hope to keep him

Atleti, hailed on their arrival in Milan