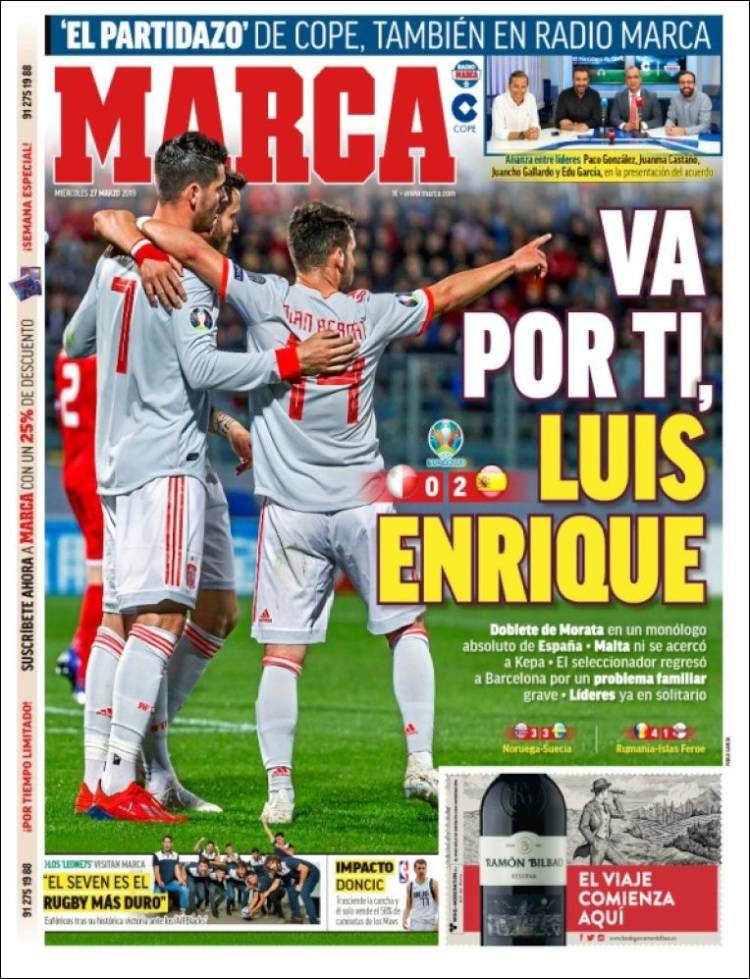 Go for you, Luis Enrique 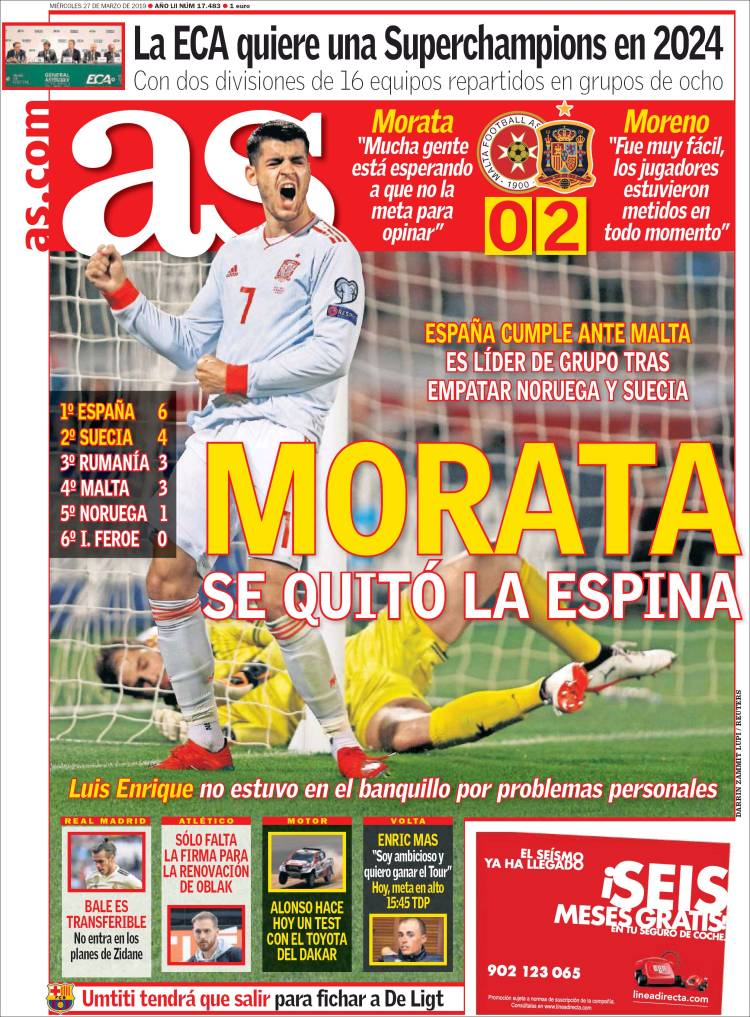 Spain lead the group after draw between Norway and Sweden

Luis Enrique was not on the bench for personal issues

Umtiti will have to leave if Barca sign de Ligt

Bale is transferrable - not in Zidane's plans 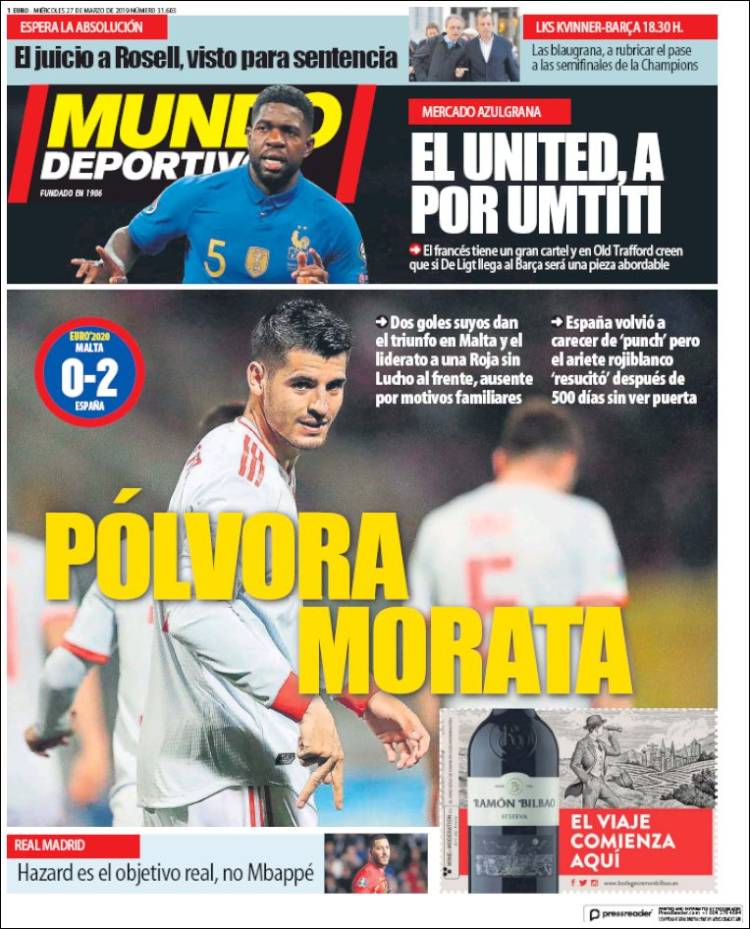 His two goals win the game in Malta as Spain without Luis Enrique - absent for family reasons, went back to lacking a punch

Hazard is Madrid's objective, not Mbappe