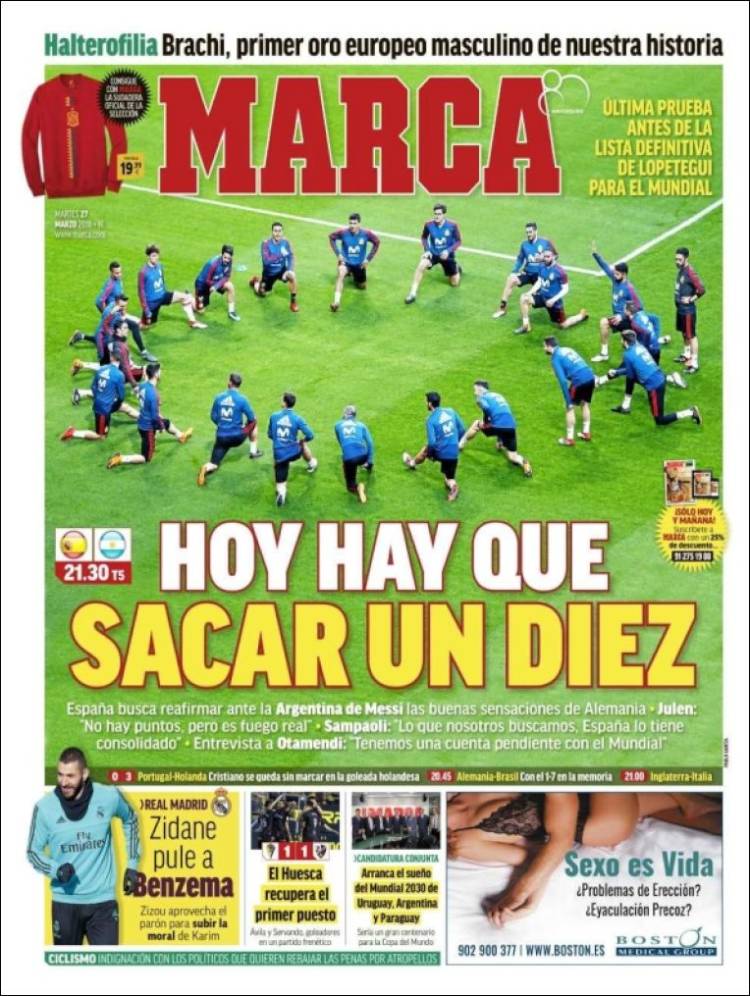 Spain test against Sampaoli's Argentina following Germany game, Lopetegui: There are no points, but a real fire, Sampaoli: What we want, Spain have consolidated

Last test before the definitive World Cup squad is announced 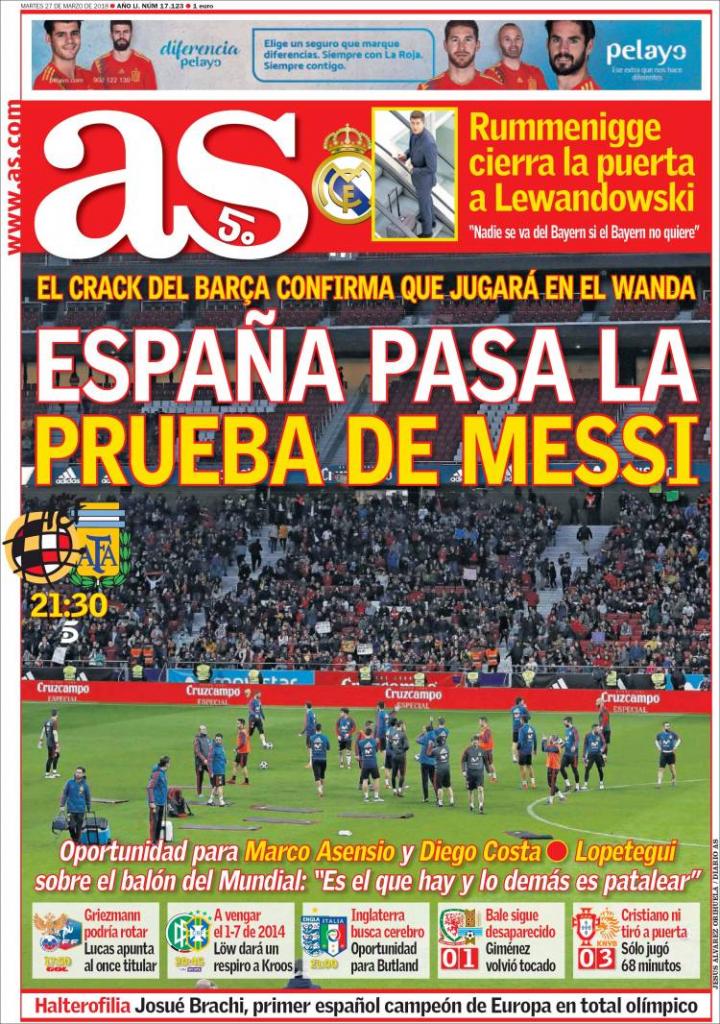 Barcelona star to play in the Wanda

Chances for Marco Asensio and Diego Costa, Lopetegui on the WC ball: "It is what it is"

Rummenigge closes the door on Lewandowski 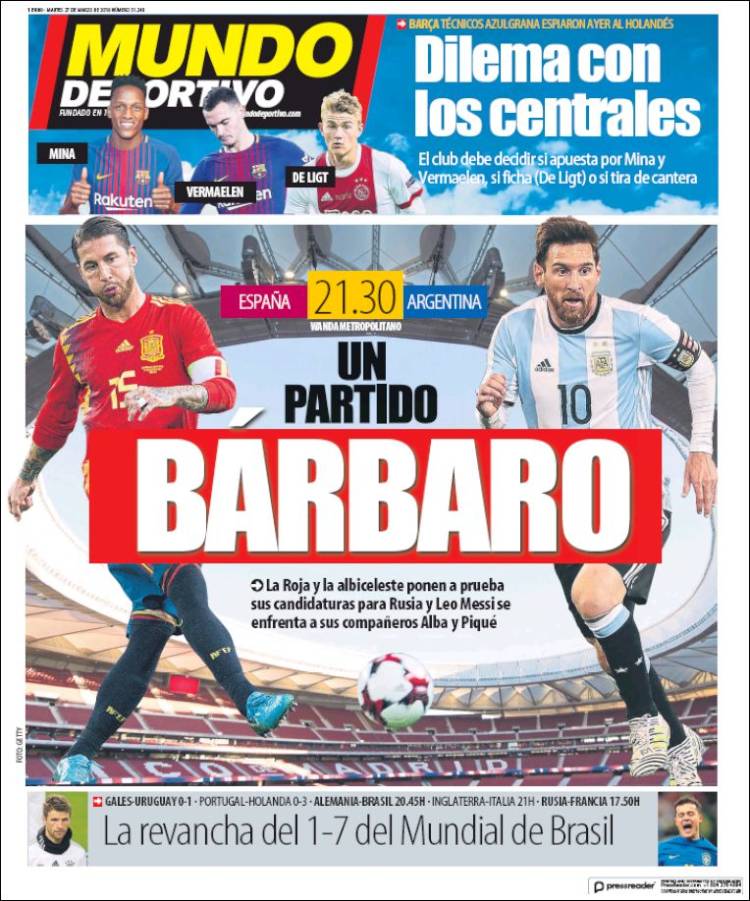 The central defender dilemma - club to bet on Mina and Vermaelen, a new signing (De Ligt) or a youth team member

The revenge of the 7-1 World Cup match