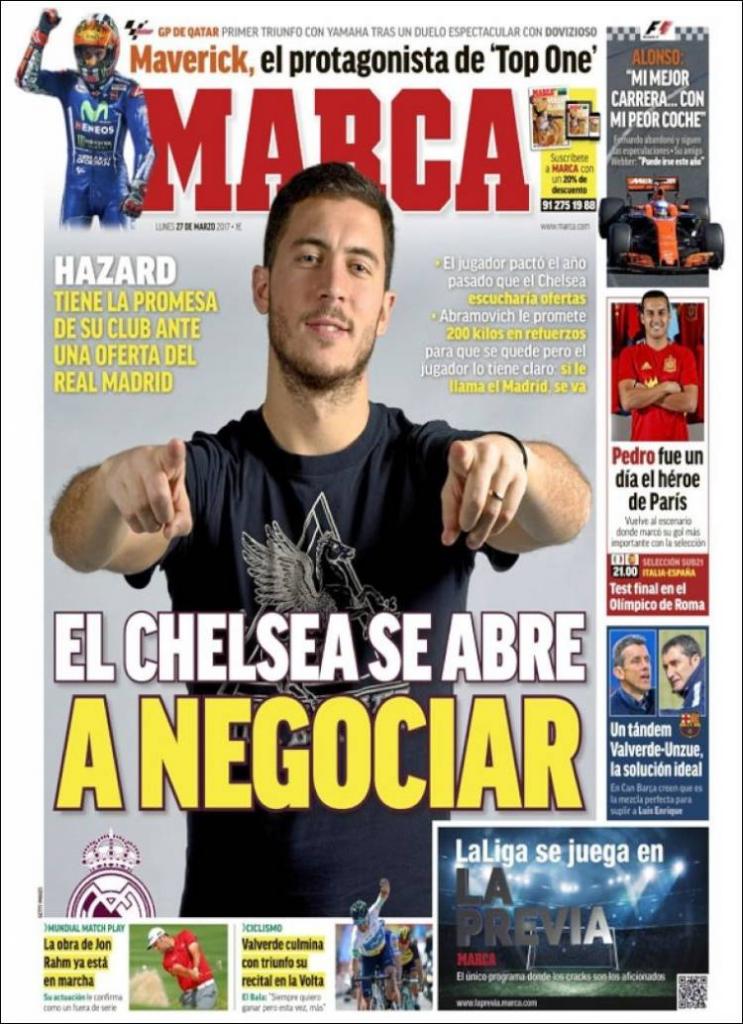 The club promised Hazard in a pact last year that if Real Madrid asked for him, they would listen to the offer and consider it

A Valverde-Unzue tandem, the ideal solution 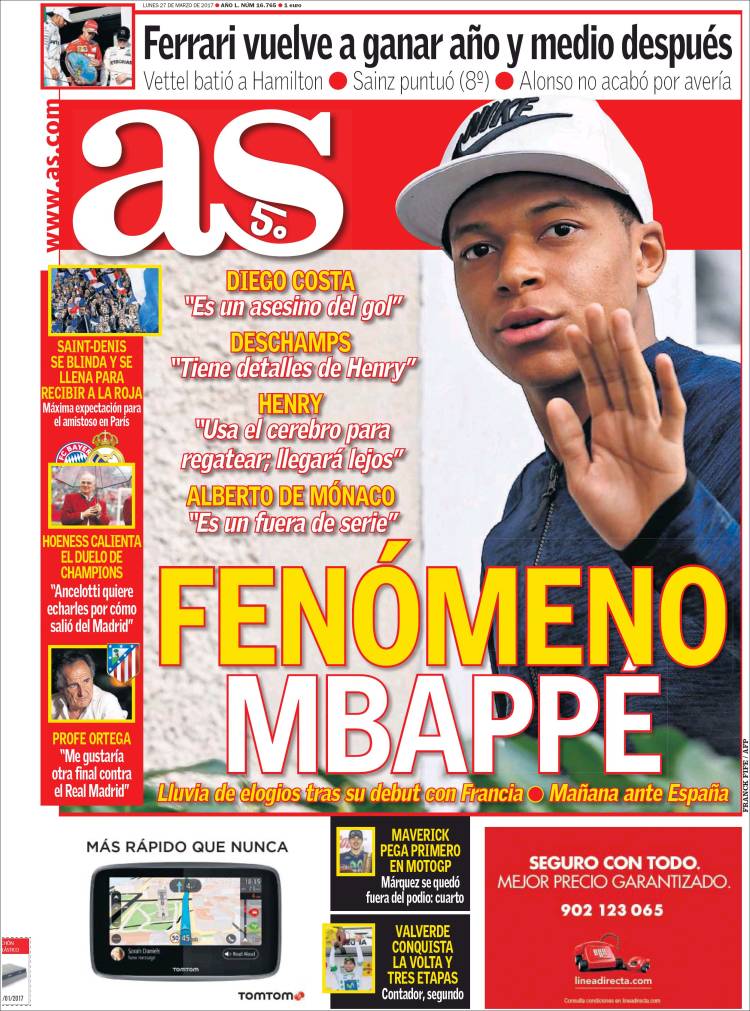 Rain of praise before his France debut against Spain

Saint-Denis to be full for Spain visit 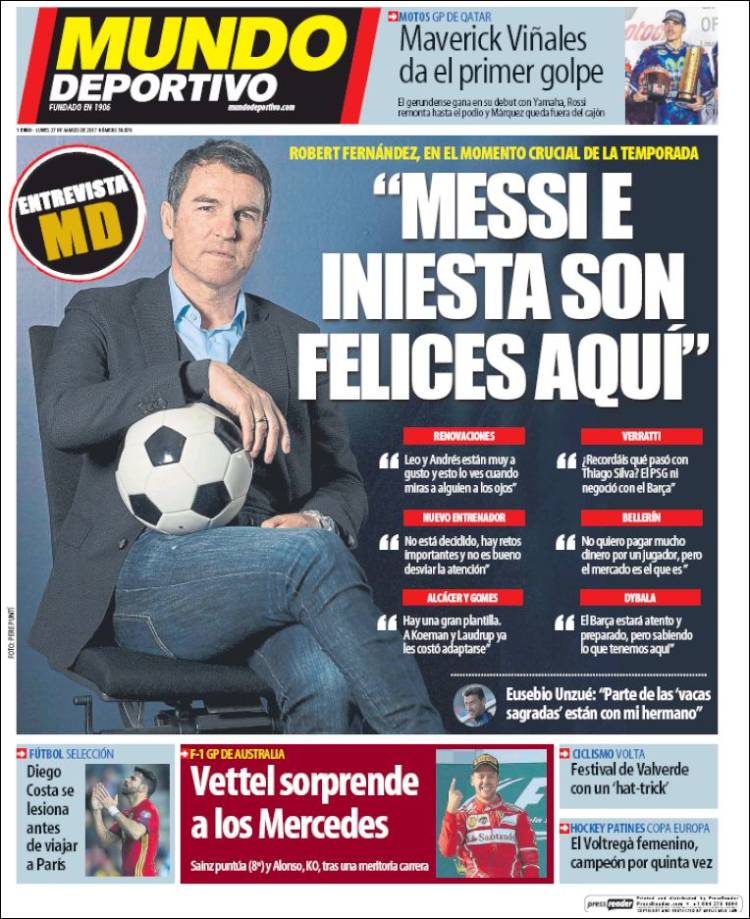 "Messi and Iniesta are happy here"

Robert Fernandez speaks at an important time in the season

Believes star players will renew, new Coach has now been decided yet, Alcacer and Gomes need time, Verratti - PSG won't negotiate with Barca, just like with Thiago Silva, Bellerin - won't want to pay a lot of money, but is a fan, Dybala - one of world's best

Diego Costa injured before the trip to Paris