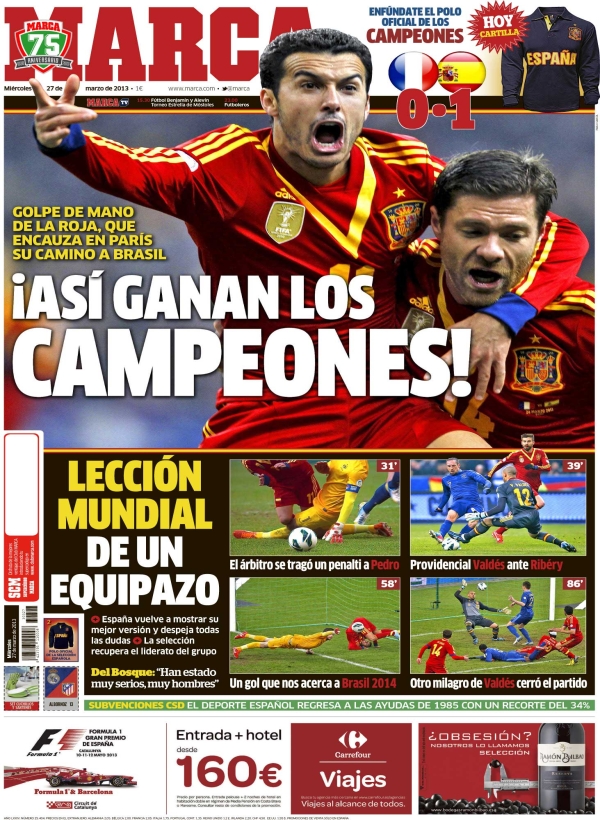 La Roja show their hand and set their path to Brazil

A lesson in football from the best team

Del Bosque: "They have been very serious and have approached this as men"

The referee misses a penalty on Pedro

A goal that brings Brazil closer

Another miracle save from Vadles to close out the game 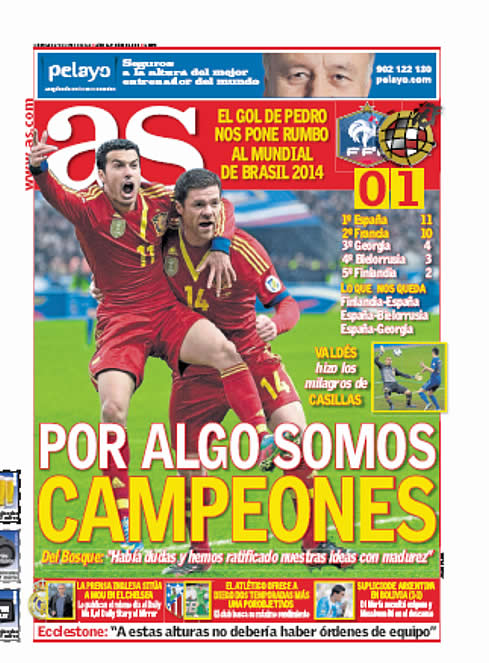 For a reason we are champions

Del Bosque: "There were doubts but we have ratified our ideas with maturity"

His picture at Chelsea published on the same day by Daily Mail, Daily Star and the Mirror

Atletico offer Diego two seasons plus more based on objectives

The club looking to get the best from him

Torture for Argentina in Bolivia

Ecclestone: "At some heights, we should not make teams play" 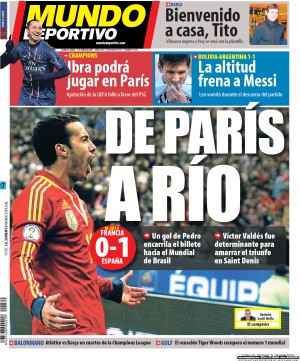 From Paris to Rio

Victor Valdes was determined to ensure victory at the Saint Denis

His appeal to UEFA goes in favour of PSG

The altitude slows down Messi

Leo vomits during the break in the game

Handball: Atletico v Barca in the quarter finals of the Champions League

Golf: Tiger Woods regains his status as number one