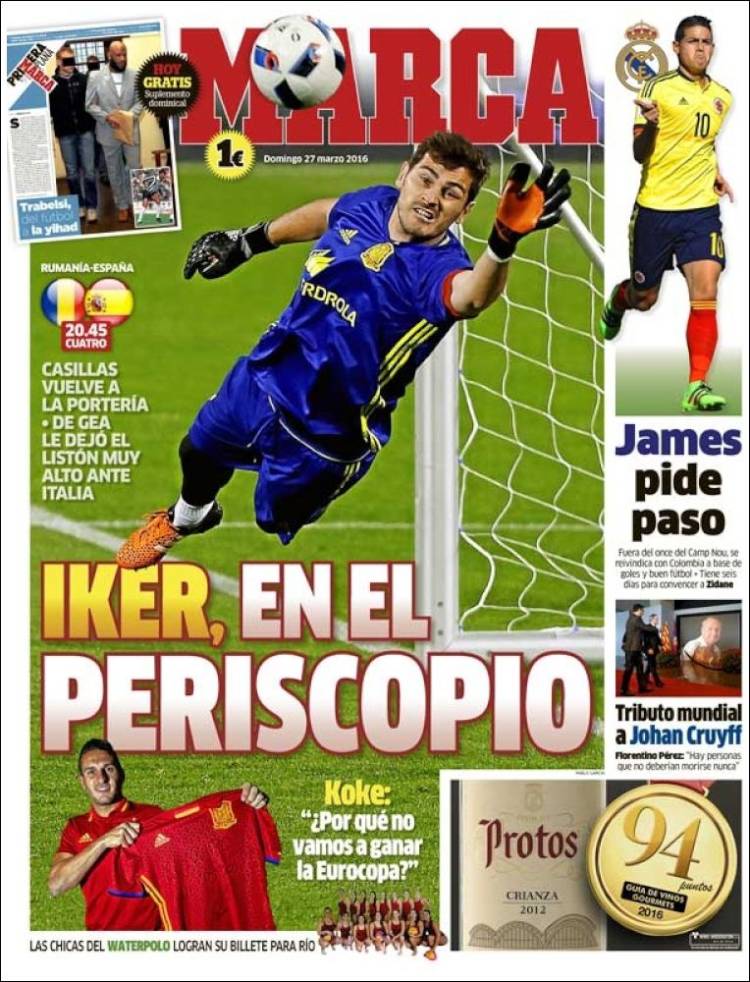 Iker, in the periscope

He has six days to convince Zidane

Florentino Perez: “There are people who should never die” 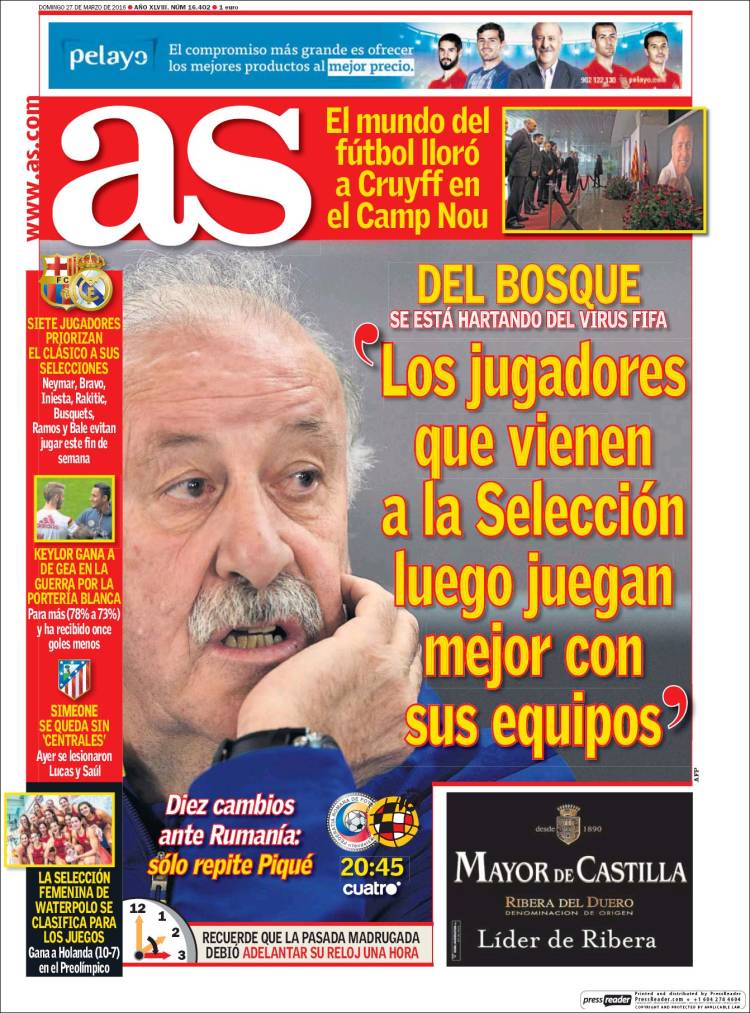 Del Bosque is becoming tired of the ‘FIFA virus’

The world of football weeps for Cruyff at Camp Nou

Seven players prioritise the Clasico over their national teams

Simeone runs out of centre-backs

Lucas and Saul were injured yesterday 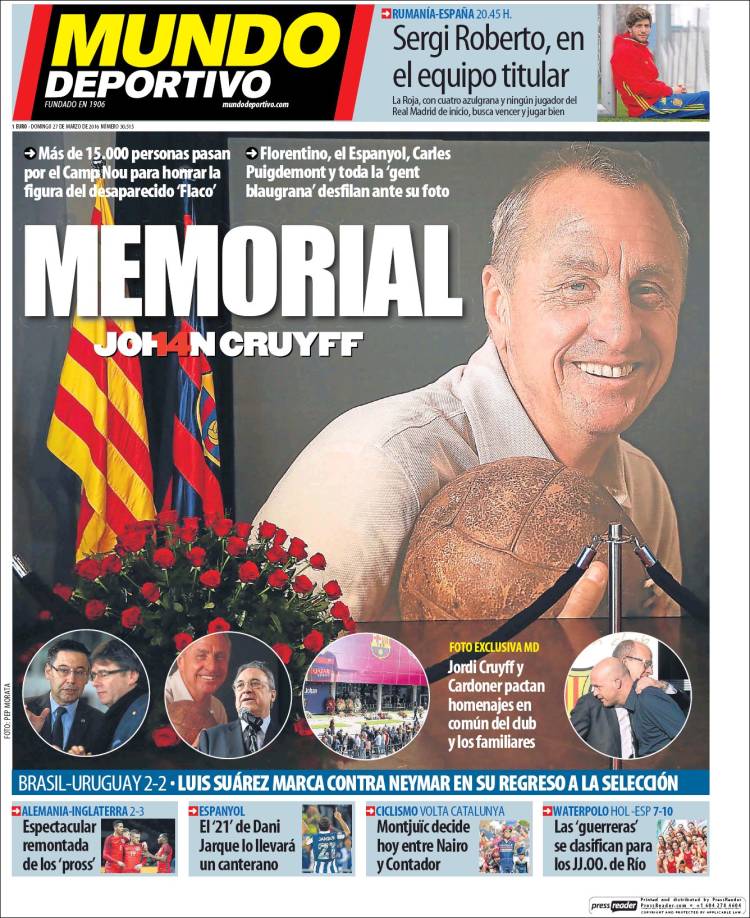 More than 15,000 people pass through Camp Nou to honour the figure of the departed ‘Flaco’

Florentino, Espanyol, Carles Puigdemont and all the ‘Barca men’ parade in front of his image

Sergi Roberto, in the starting XI

La Roja, with four Barca players in the side and none from Real Madrid, look to win and play well