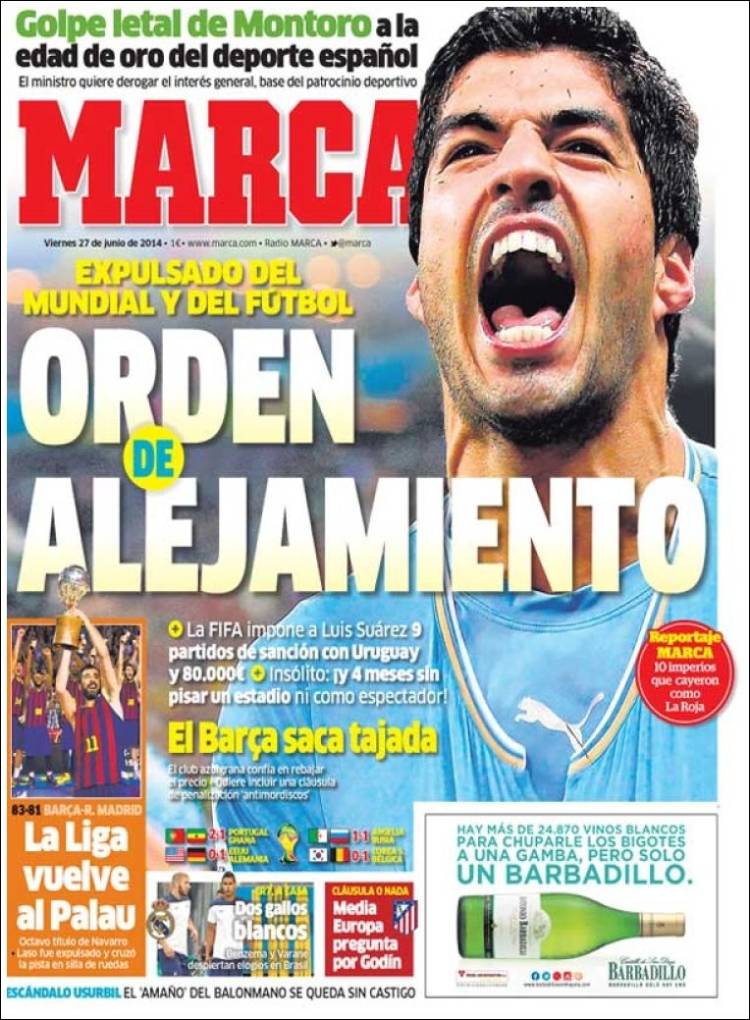 Thrown out of the World Cup and football

FIFA impose a nine game international ban on Suarez and an €80,000 fine

Extraordinary: And four months without setting foot in a stadium, even as a spectator!

Barca do well from it

The azulgrana club are confident in lowering the price

They want to include a penalty clause for anti-biting

The clause or nothing

Half of Europe asks after Godin

Lethal blow by Montoro to the golden age of Spanish sport

The minister wants to revoke general interest, based on sports advertising 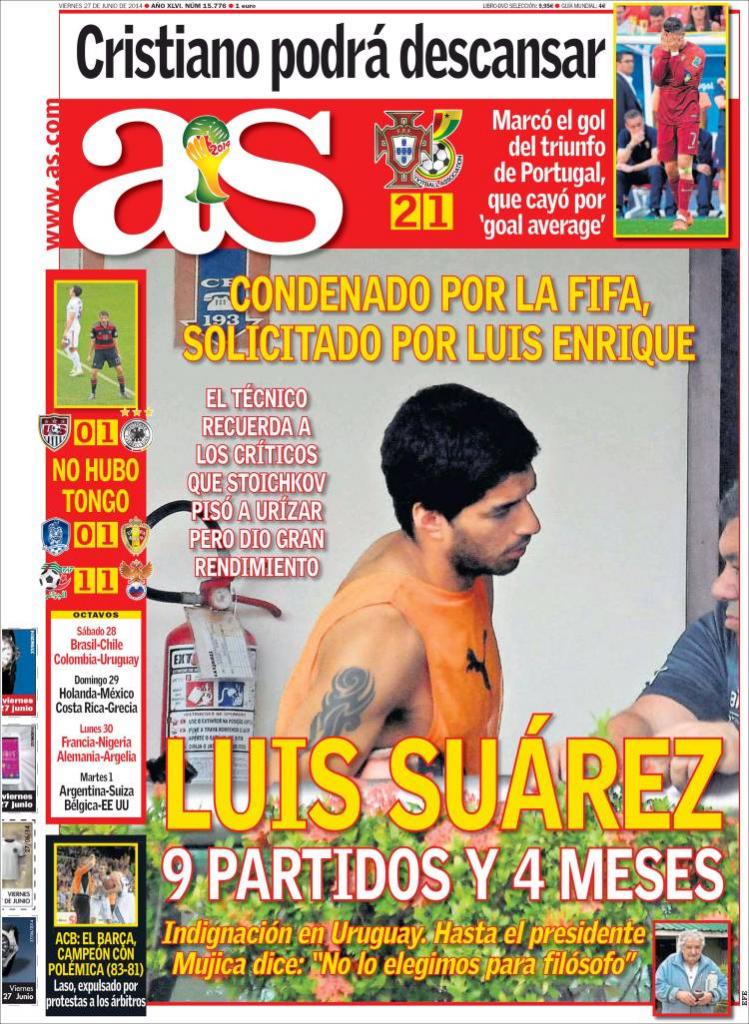 Even the president Mujica says: We don't pick him for his philosophy

Condemned by FIFA, in demand by Luis Enrique

There was no fix 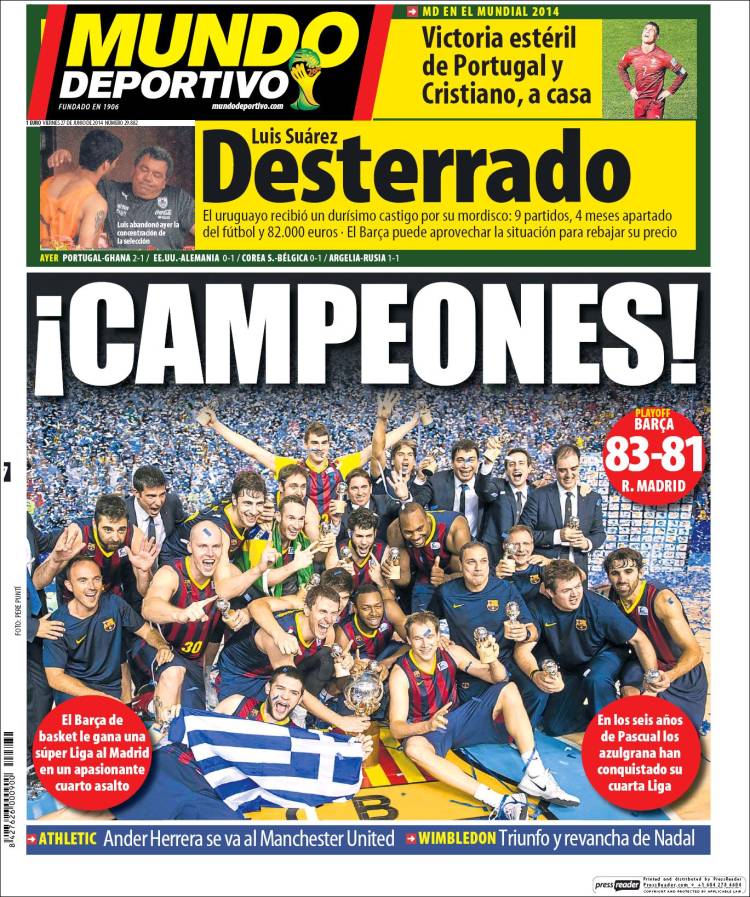 In the six years under Pascual, the Azulgranas have won their fourth league

The Uruguayan receives a tough punishment for biting: nine matches, four months away from football and a fine of €82,000

Barca can profit from the situation and lower the price