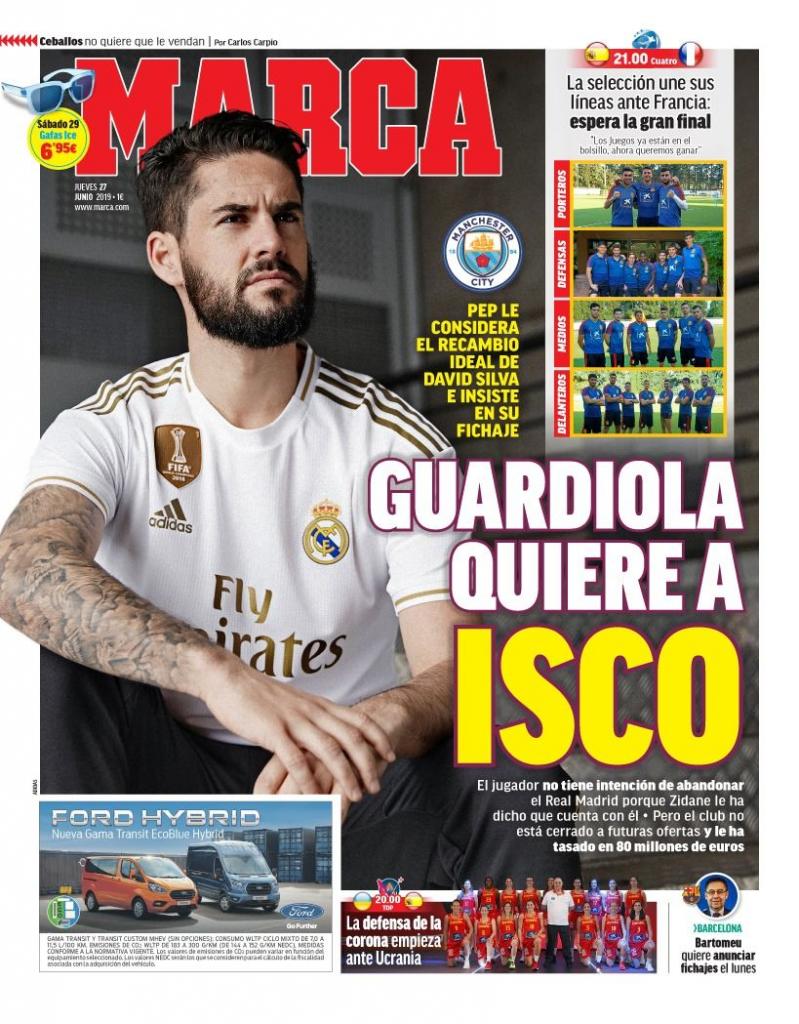 Isco has no intention of leaving Madrid, Zidane counts on him, but the club would listen to offers over 80m 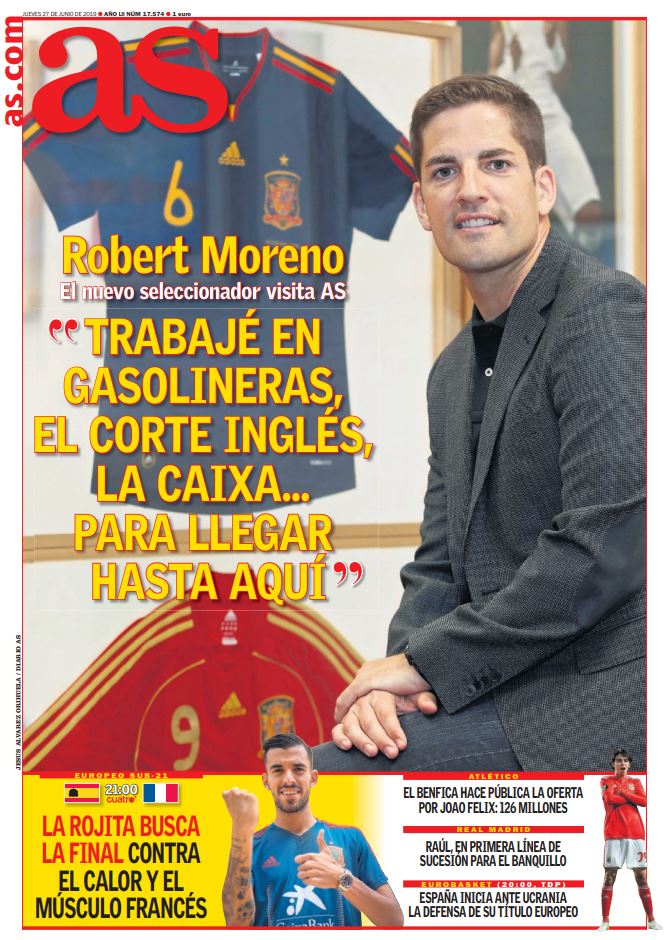 "I've worked at gas stations, El Corte Ingles and the bank to get here"

Raul, first in line for succession to Real Madrid boss 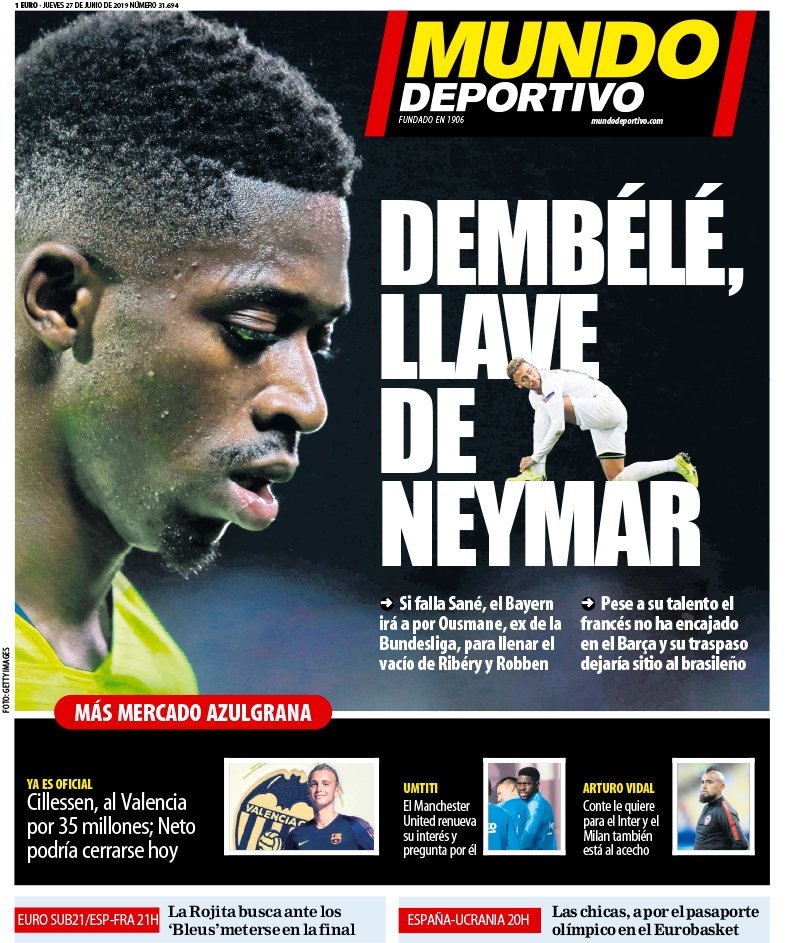 Dembele, the key to Neymar

If they cannot get Leroy Sane, Bayern will turn to Dembele, has not fitted in at Barca and would make way for the Brazilian

Cillessen goes to Valencia for 35m, Neto to be closed today

Manchester United renew interest in Samuel Umtiti and ask for him