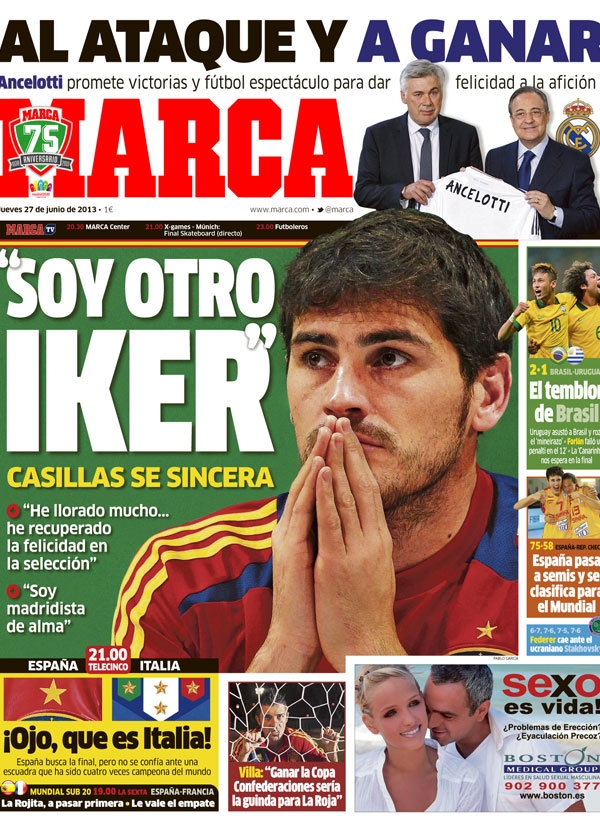 "I am a different Iker," Casillas admits

"I have cried a lot, I have recovered by happiness with the national team"

"I am a Madridista from the heart"

To attack and win

Forlin misses a penalty in the 17th minute

La Canarinha wait for us in the final

Spain progress to the semis and qualify for the world cup

Look, it is Italy

Spain looking to book place in the final, but, they do know they are facing a team that has been world champions four times

Villa: "To win the Confederations Cup would be the cherry on top" 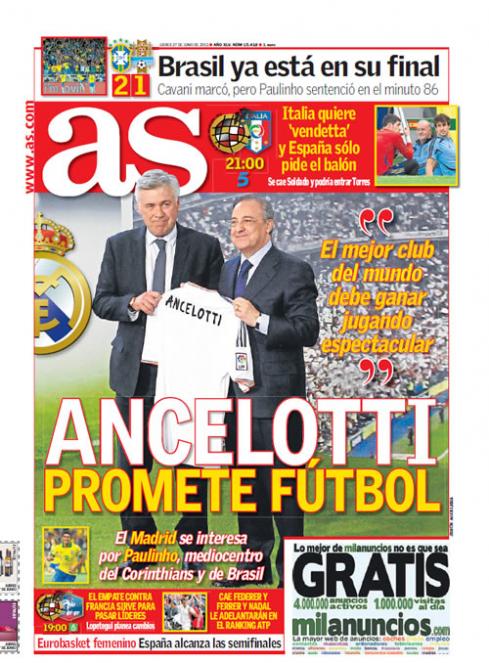 "The best club in the world must win playing with style," Ancelotti

Madrid are interested in Paulinho, centre midfielder from Corinthians and Brazil

Italy want 'revenge' and Spain only want to play ball

Soldado dropped and Torres could start

Cavani scores, but, Paulinho decides it in the 86th minute

The game against France to decide who progresses as leaders 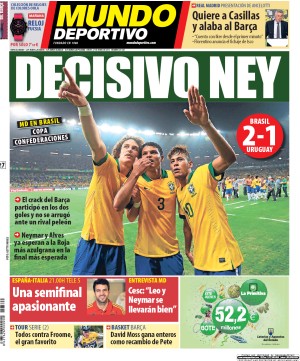 Interview with Cesc: "Leo and Neymar will go well together"

Tour (Cycling): Everyone is against Froome, the big favourite

Real Madrid, Ancelotti at his presentation

He wants Casillas and praises Barca

"I will count on Iker from the first moment," Ancelotti

Florentino announces the signing of Isco