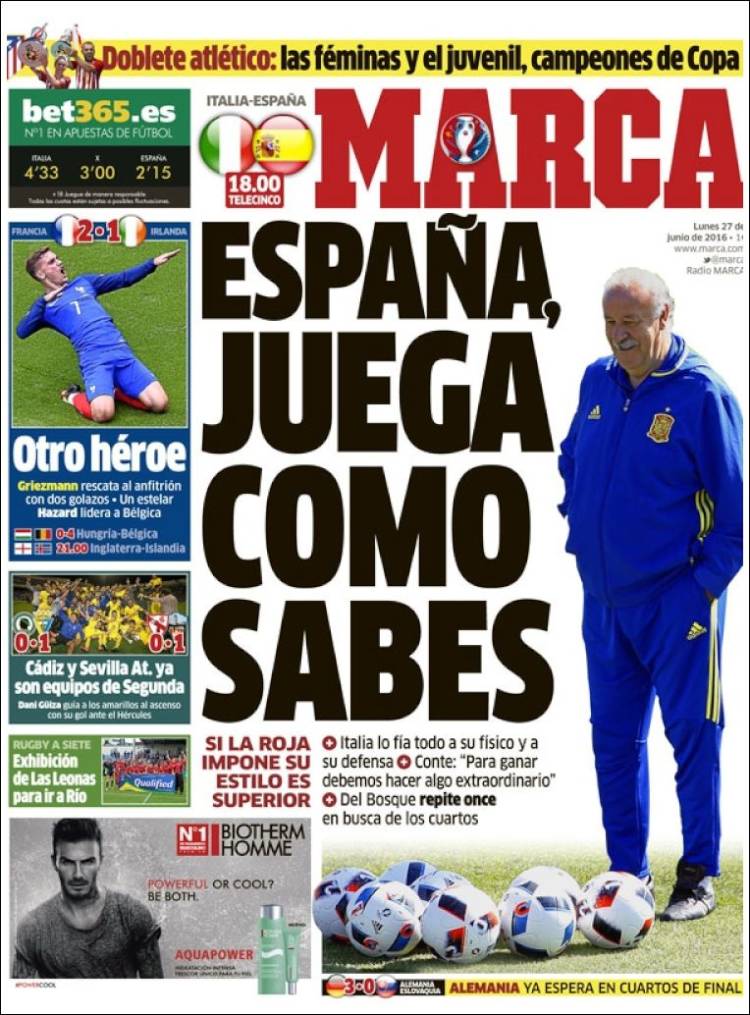 Spain, play as you know

Italy put all their trust in their physicality and defence

Conte: “To win, we must do something extraordinary”

Del Bosque repeats his XI in search of the quarter-finals

Germany are already waiting in the quarter-finals 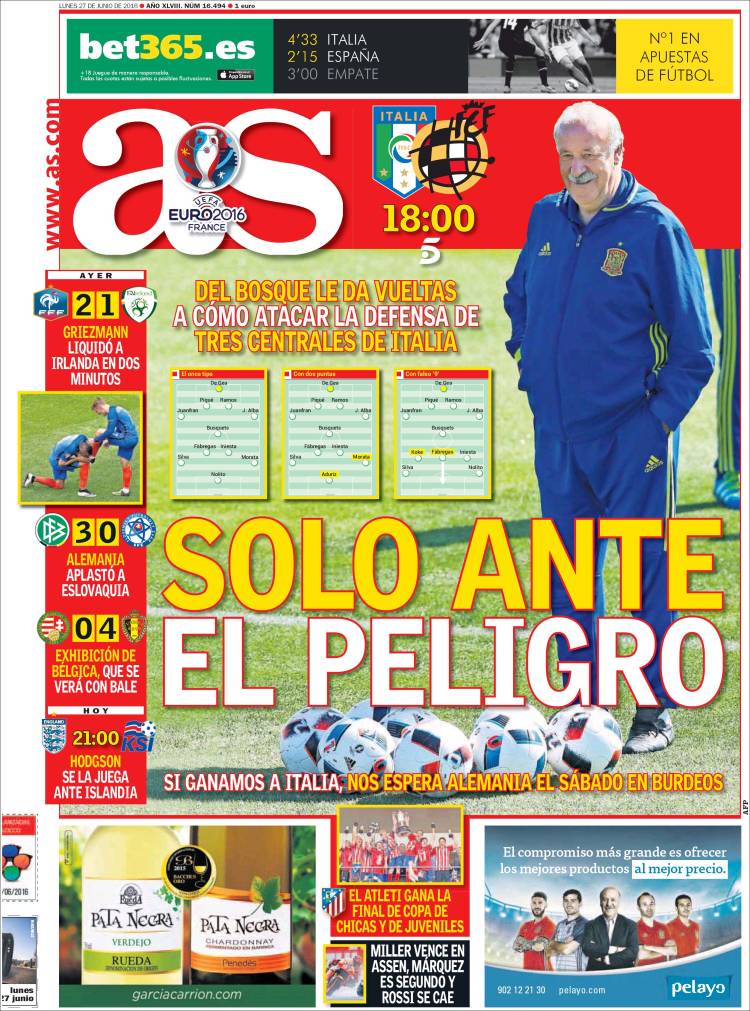 If we beat Italy, Germany await us on Saturday in Bordeaux

Exhibition from Belgium, which sees them against Bale 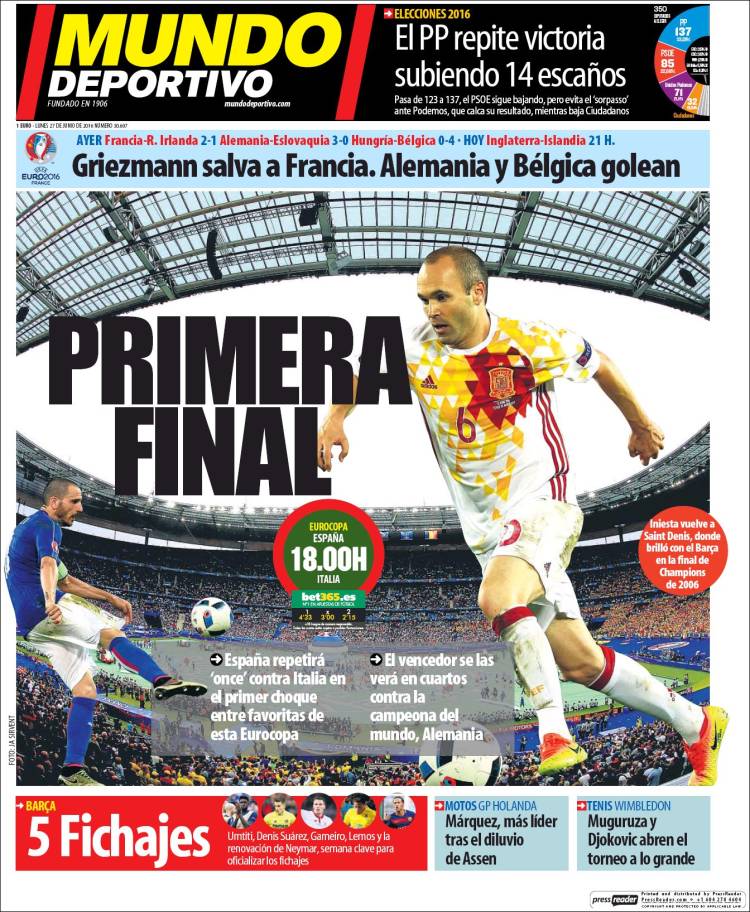 The winner will see them in the quarter-finals against the world champions, Germany

Iniesta returns to Saint Denis, where he shone with Barca in the 2006 Champions League final