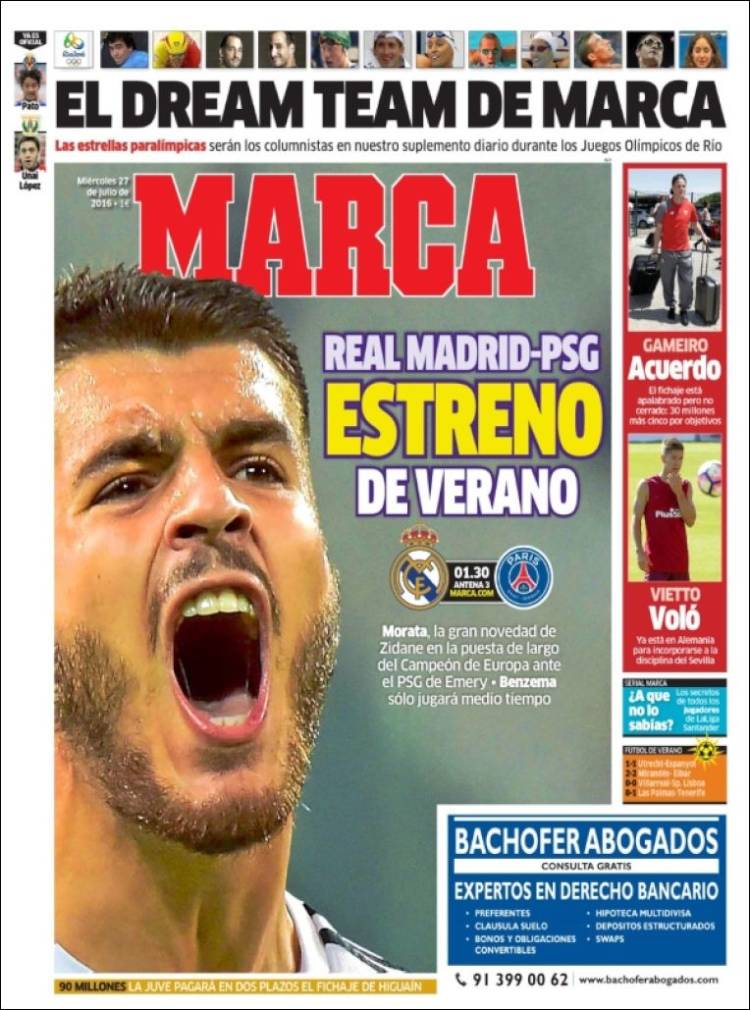 Morata, the great novelty of Zidane in the unveiling of the European champions against Emery’s PSG

Benzema will only play half

Juve will pay in two instalments the signing of Higuain

The transfer is lined up but not closed: €30m plus five more in bonuses

Already in Germany to join the discipline of Sevilla 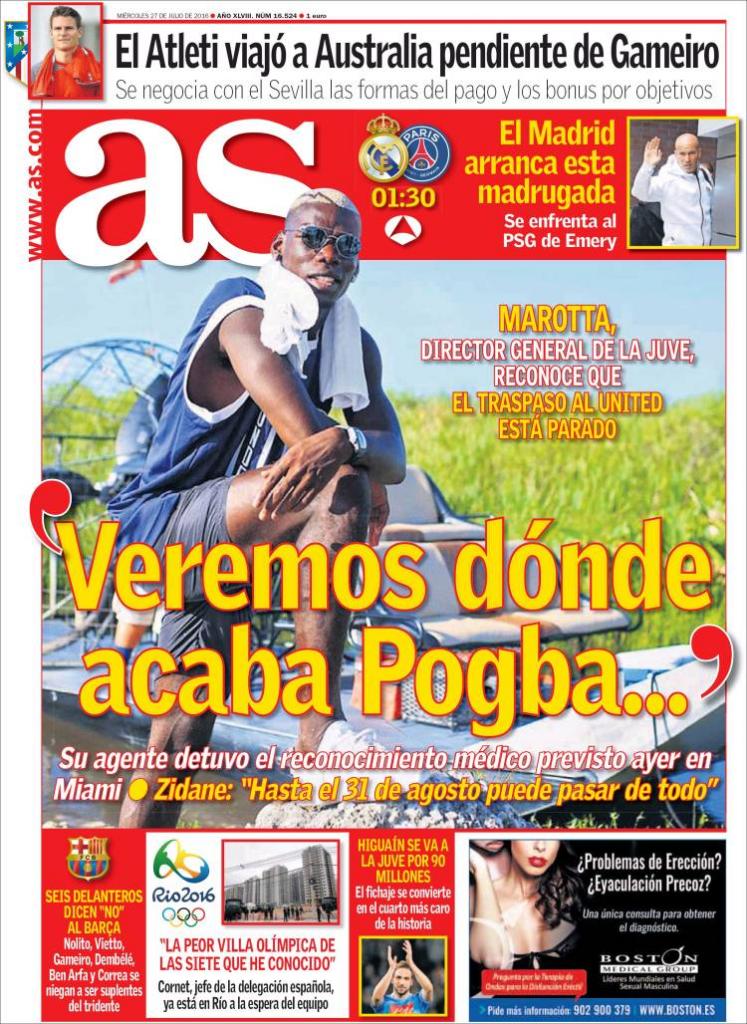 Madrid starts early in the morning

“We will see where Pogba ends up…”

His agent stopped the medical examination referred to yesterday in Miami

Zidane: “Until August 31 anything can happen”

Six forwards say ‘no’ to Barca

Nolito, Vietto, Gameiro, Dembele, Ben Arfa and Correa don’t want to be substitutes for the trident

Higuain to Juve for €90m 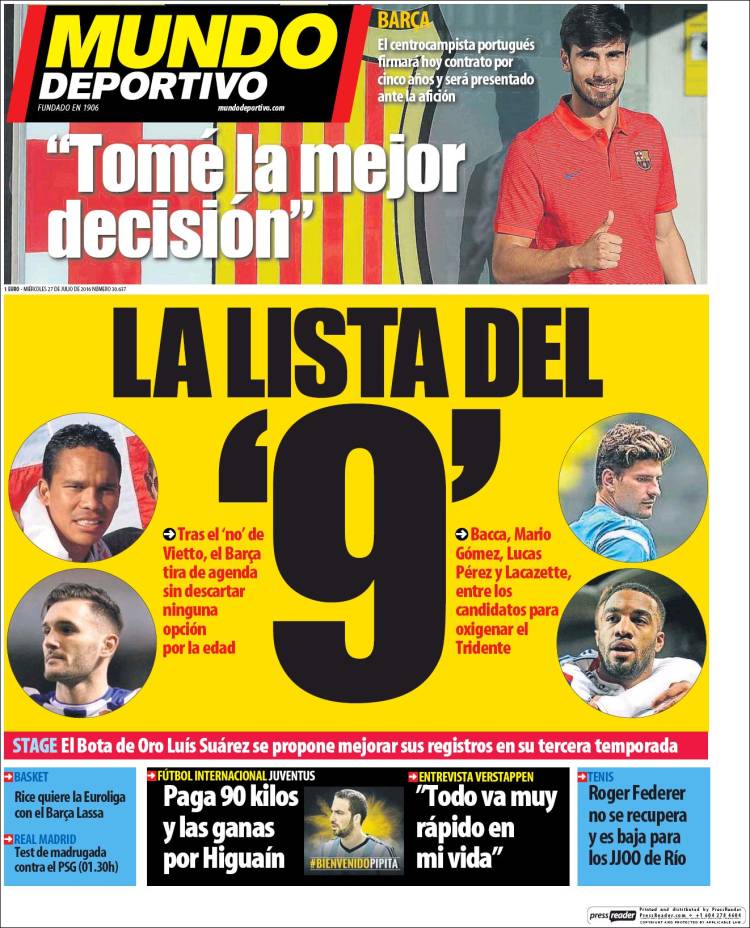 “I took the best decision”

After the ‘no’ of Vietto, Barca throws out the agenda without discarding anyone for age

Bacca, Mario Gomez, Lucas Perez and Lacazette, among the candidates to refresh the trident

Pay €90m and the desire for Higuan