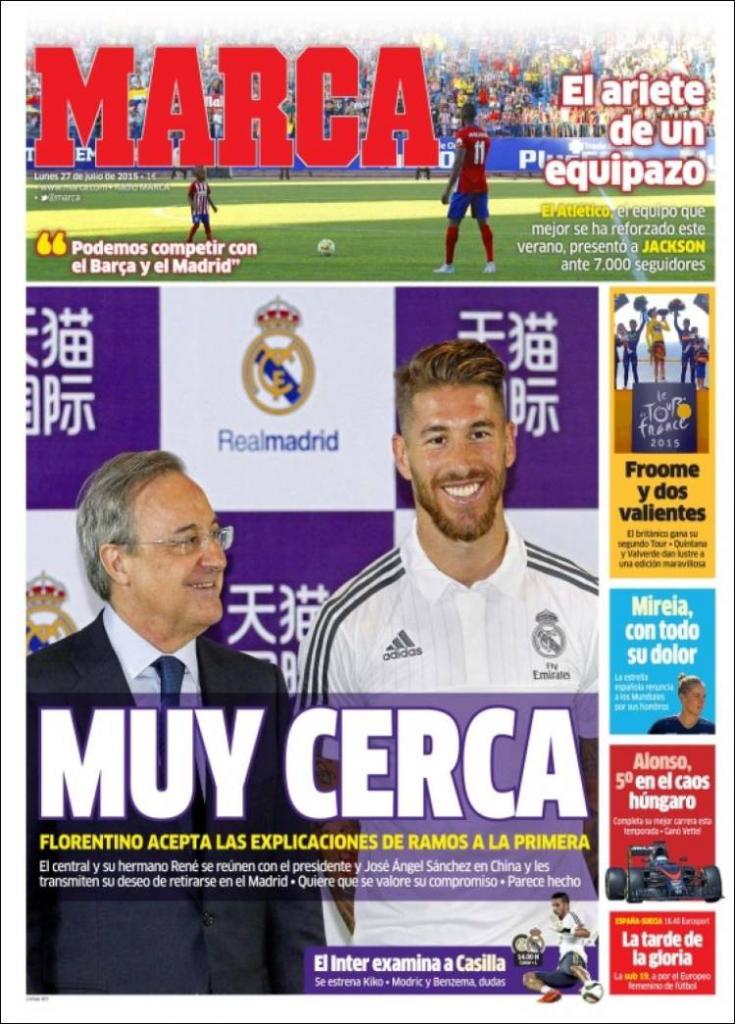 He wants his commitment to be valued

It seems a done deal

The striker of a great team

Atletico’s best squad has been strengthened further after presenting Jackson to 7,000 fans

“We can compete with Barca and Madrid”

Kiko will start, Modric and Benzema are doubts 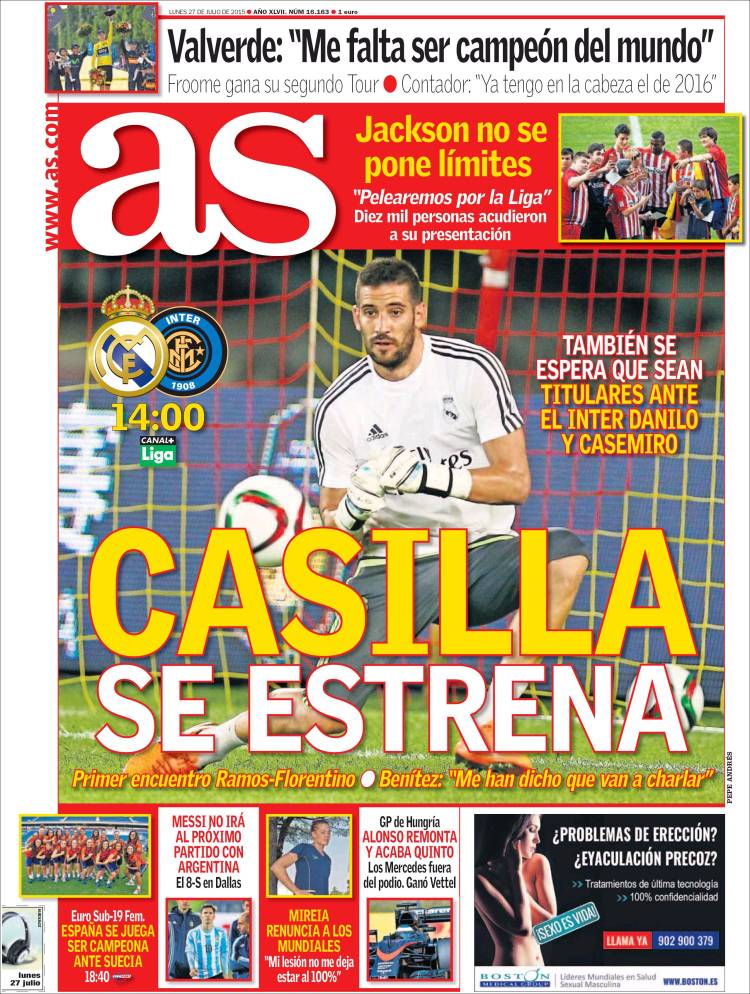 Danilo and Casemiro are also expected to start against Inter

First meeting between Florentino and Ramos

Benitez: “I’ve been told that they’ll speak to each other”

No limits for Jackson

Women’s Euro U19, Spain playing for title against Sweden

Messi will not play in Argentina’s next game, September 8 in Dallas 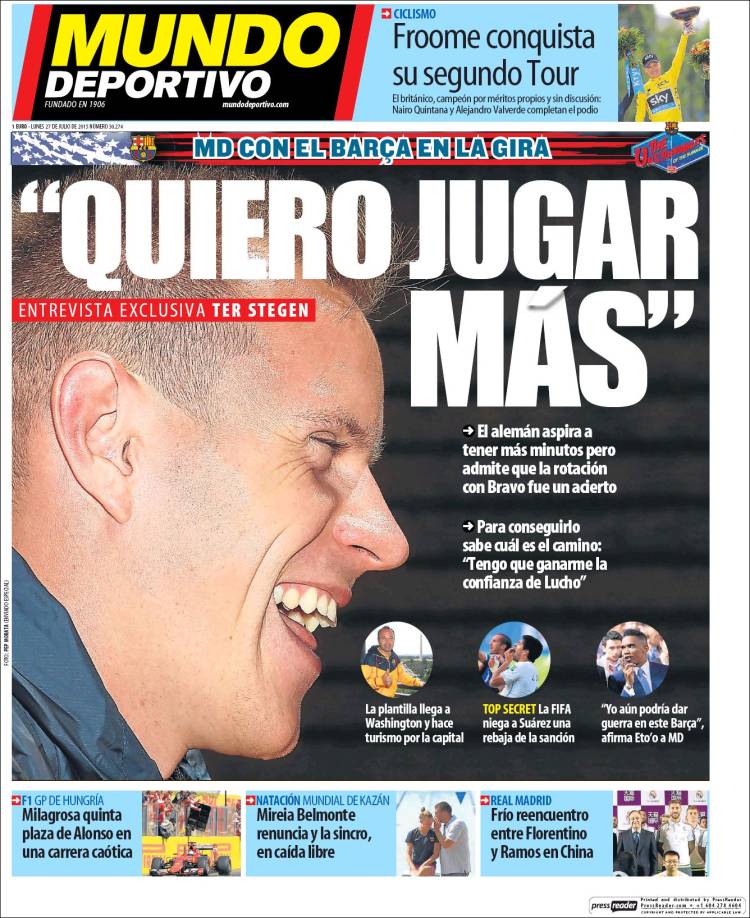 “I want to play more”

To get more games, he knows what he must do: “I have to win the confidence of Lucho”

The squad arrive in Washington and tour the capital

“I could still battle for my place in this Barca squad,” declares Eto’o

Real Madrid, cold reunion of Florentino and Ramos in China