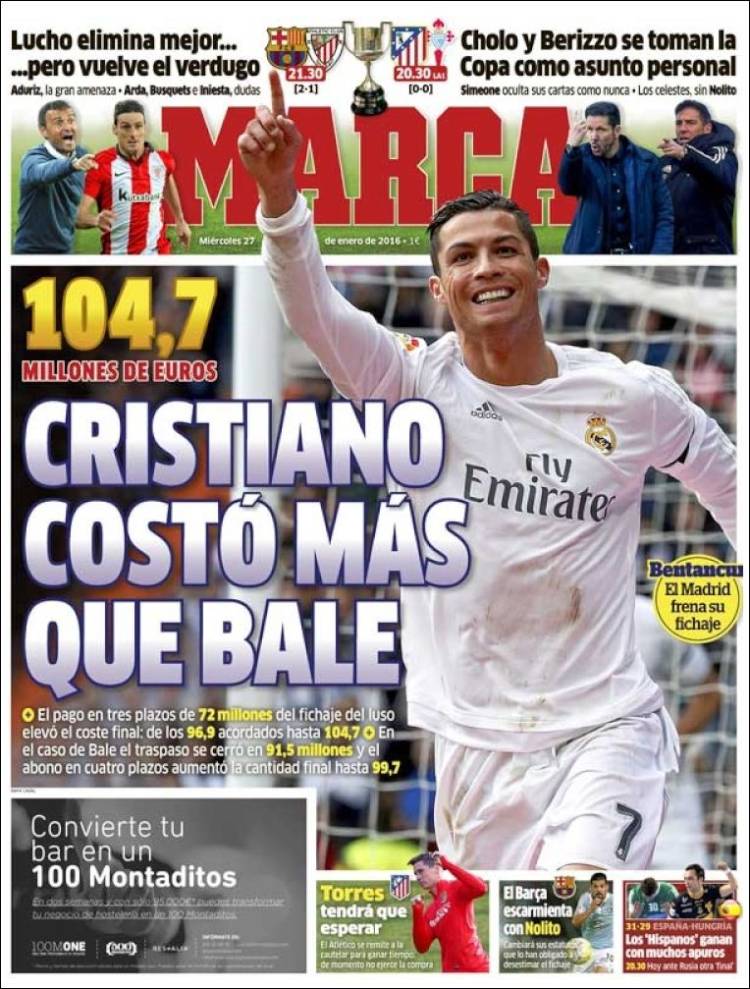 …but the executioner returns

Cholo and Berizzo take the Copa as a personal matter

The payment in three instalments of €72m of the signing of the Portuguese raised the final cost: of the €96.9m agreed up to €104.7m

In the case of Bale the transfer closed at €91.5m and the four instalments increased the final amount to €99.7m

Madrid slows down his signing

Torres will have to wait

Barca learns its lesson with Nolito 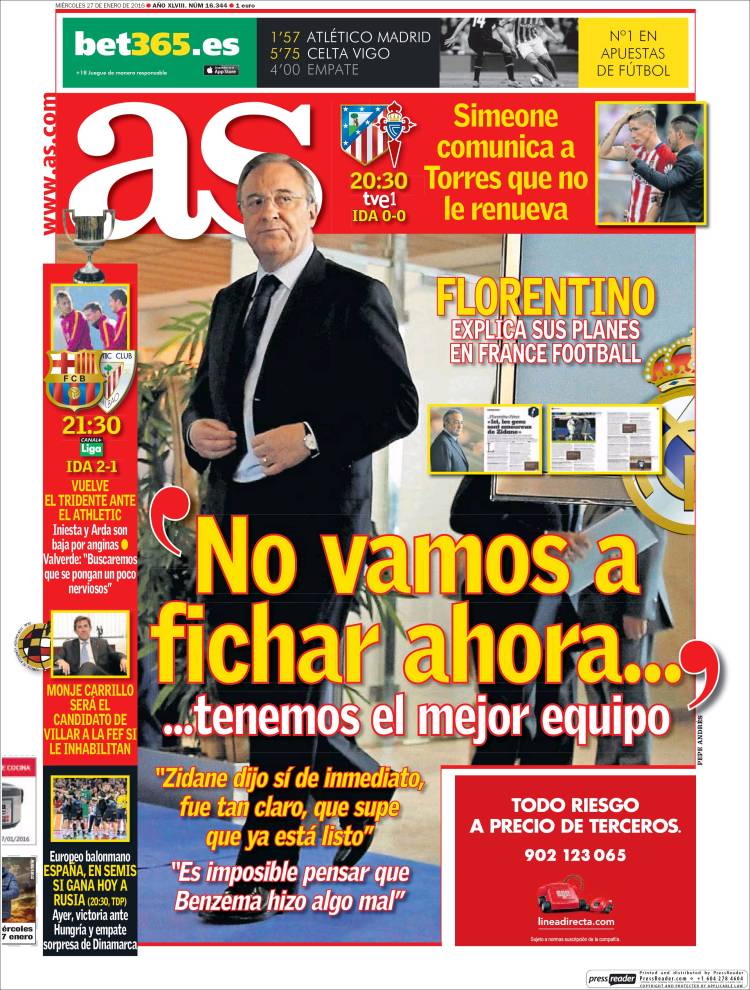 …we have the best team’

“Zidane said yes right away, he was so clear, I knew he was ready”

“It’s impossible to think Benzema did something wrong”

Return of the trident against Athletic

Iniesta and Arda are out with tonsillitis

Valverde: “We’ll try to make them a little nervous” 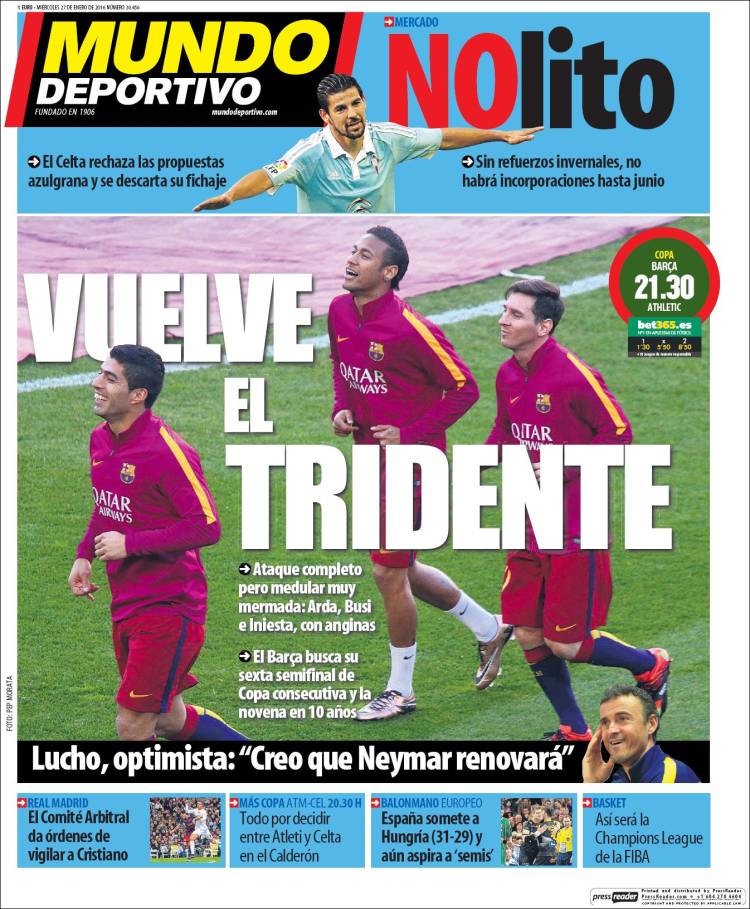 Celta reject the Azulgrana proposals and his signing is discarded

Without winter reinforcements, there will be no additions until June

Return of the trident

Attack complete but the middle very depleted: Arda, Busi and Iniesta with tonsillitis

Barca seek their sixth semi-final and ninth in 10 years

Everything to be decided between Atleti and Celta at the Calderon