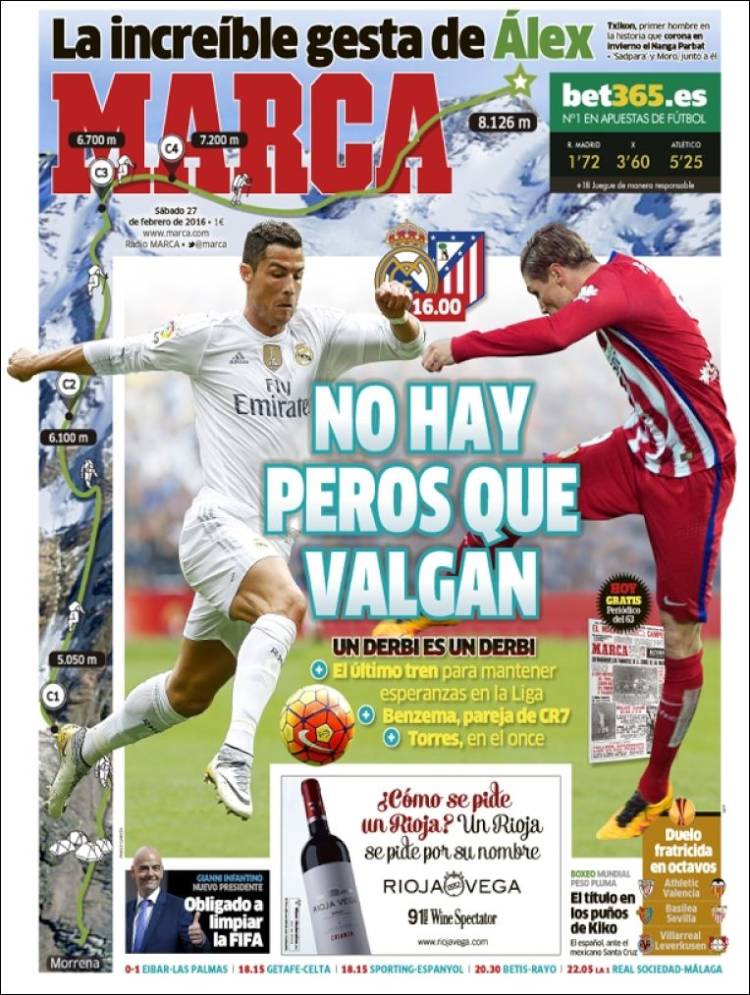 No buts about it

The derby is the derby

The last train to maintain hope in La Liga

Torres, in the XI

Forced to clean up FIFA

Fratricidal duel for the quarter-finals 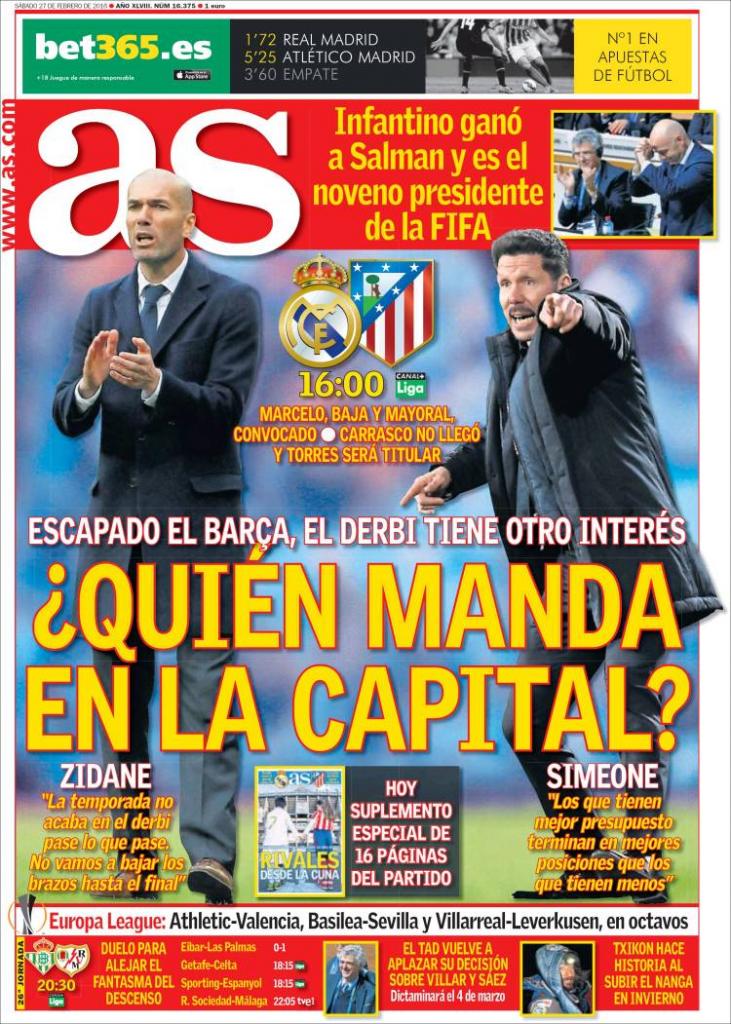 Infantino beats Salman and is the ninth President of FIFA

Marcelo, out and Mayoral, called

Carrasco doesn’t make it and Torres to start

Runaway Barca, the derby has other interests

Who’s in charge in the capital?

“The season doesn’t end with the derby no matter what happens. We won’t lower our arms until the end”

Duel to banish the spectre of relegation

TAD again postpones its decision on Villar and Saez 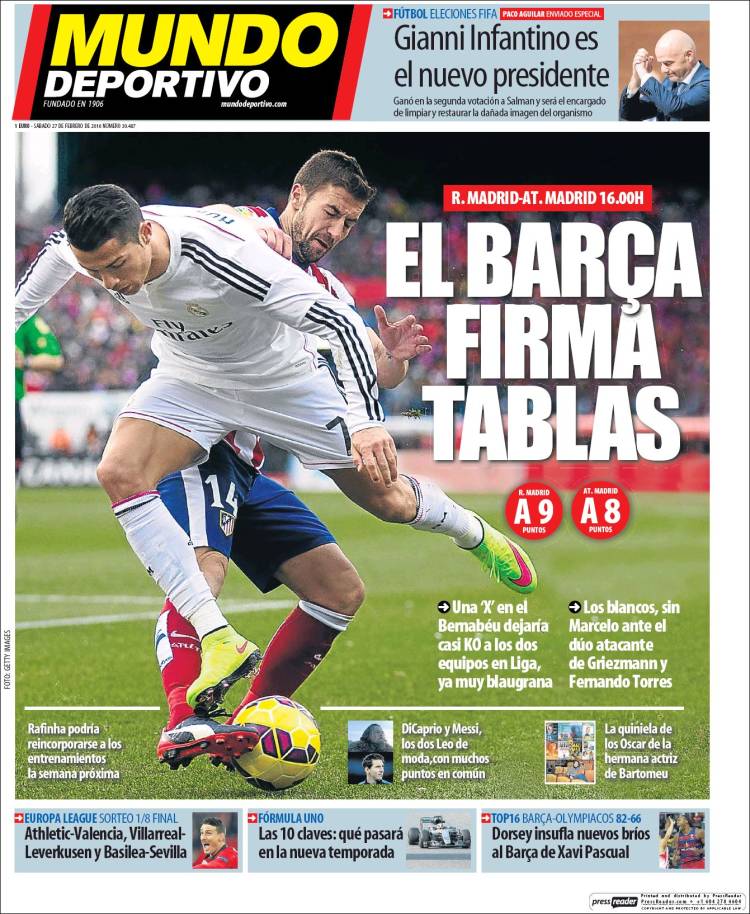 Gianni Infantino is the new President

Barca would take a draw

An ‘X’ at the Bernabeu would leave the two teams almost KO’d in the League, already very Blaugrana

Los Blancos, without Marcelo against the attacking duo of Griezmann and Fernando Torres

DiCaprio and Messi, the two Leos in fashion, have a lot in common

Europa League Round of 16 draw