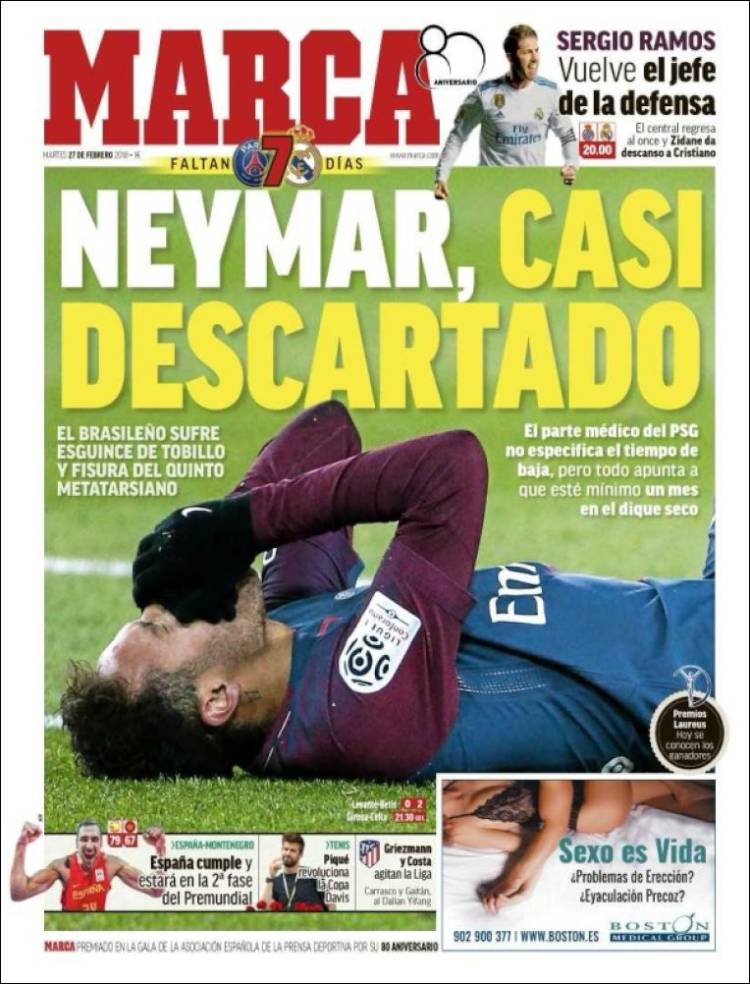 Brazilian suffers ankle sprain and fifth metatarsal break, at least a month on the sidelines 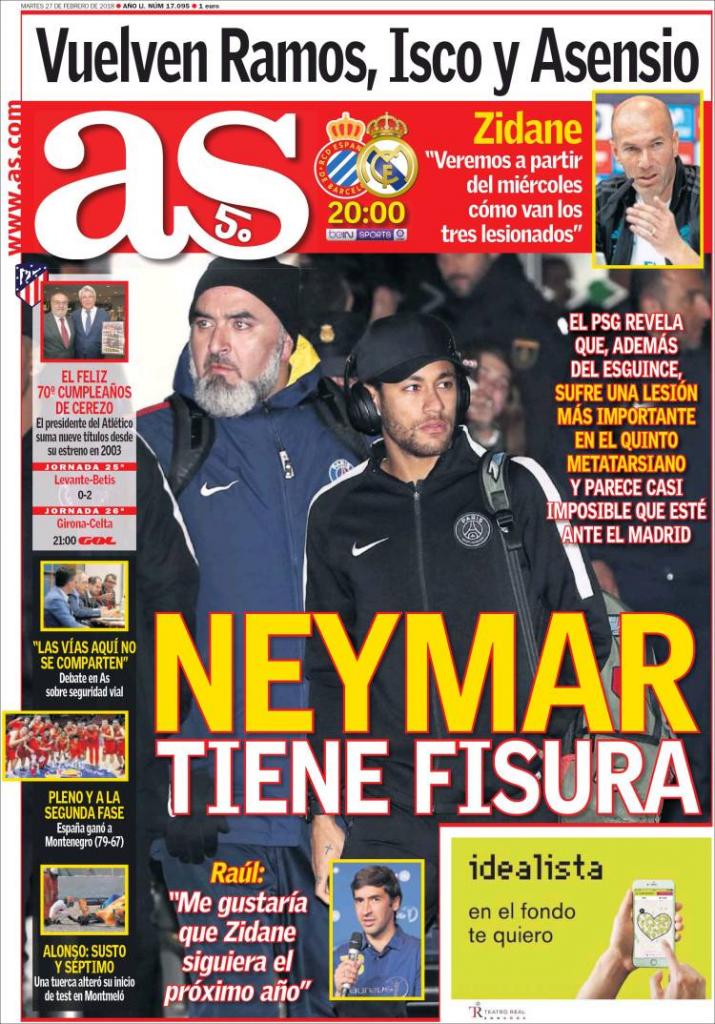 Neymar has a fissure

PSG reveal that, along with an ankle sprain, Neymar suffers an injury in his fifth metatarsal and it seems impossible he will face Madrid

Ramos, Isco and Asensio return - Zidane: We will see from Wednesday how the three injured players go

Raul: I'd like to see Zidane continue next year 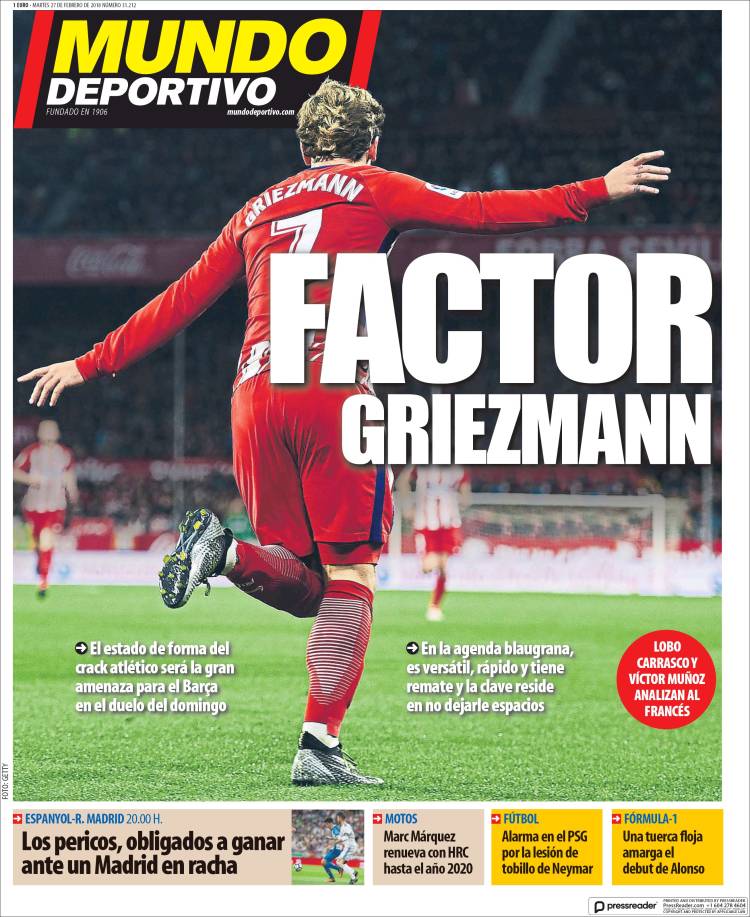 French forward's form could be big factor in Barca tie, his characterestics put him top of Barca agenda

Los Pericos, bound to win against a Madrid on a role

Alarm in Paris over Neymar's ankle