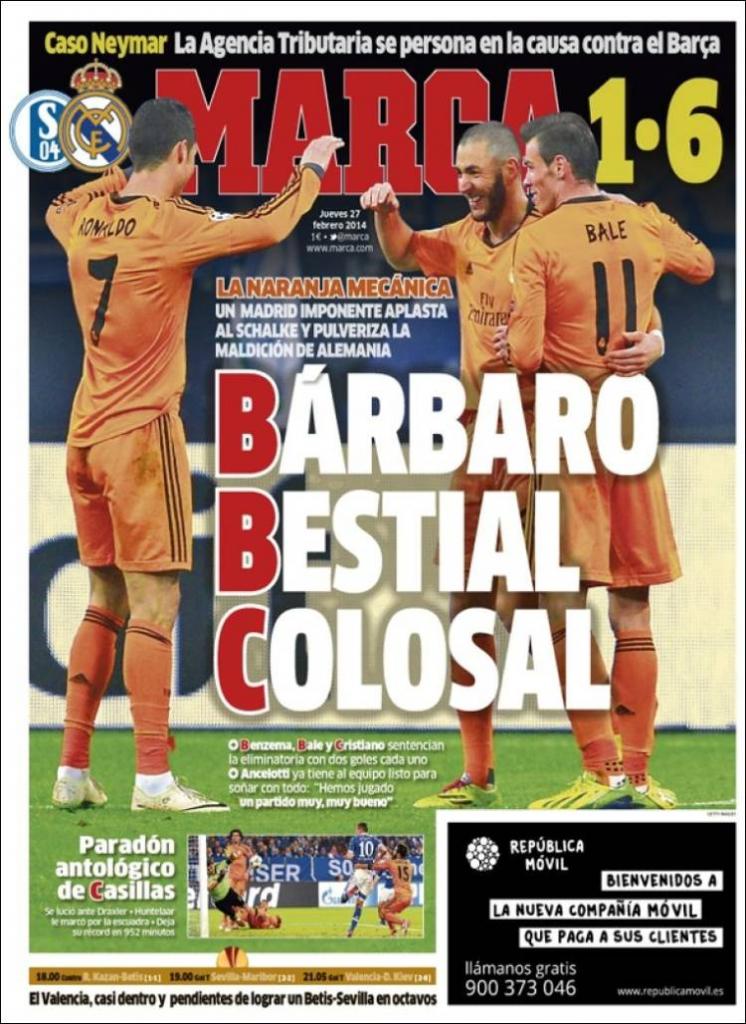 Benzema, Bale and Cristiano practically decide the tie with two goals each

Ancelotti has a team ready to go for everything: "We played a very very good game"

Another great save from Casillas

Casillas' record is left at 952 minutes

Valencia have almost qualified for the finals, Betis and Sevilla still to be decided 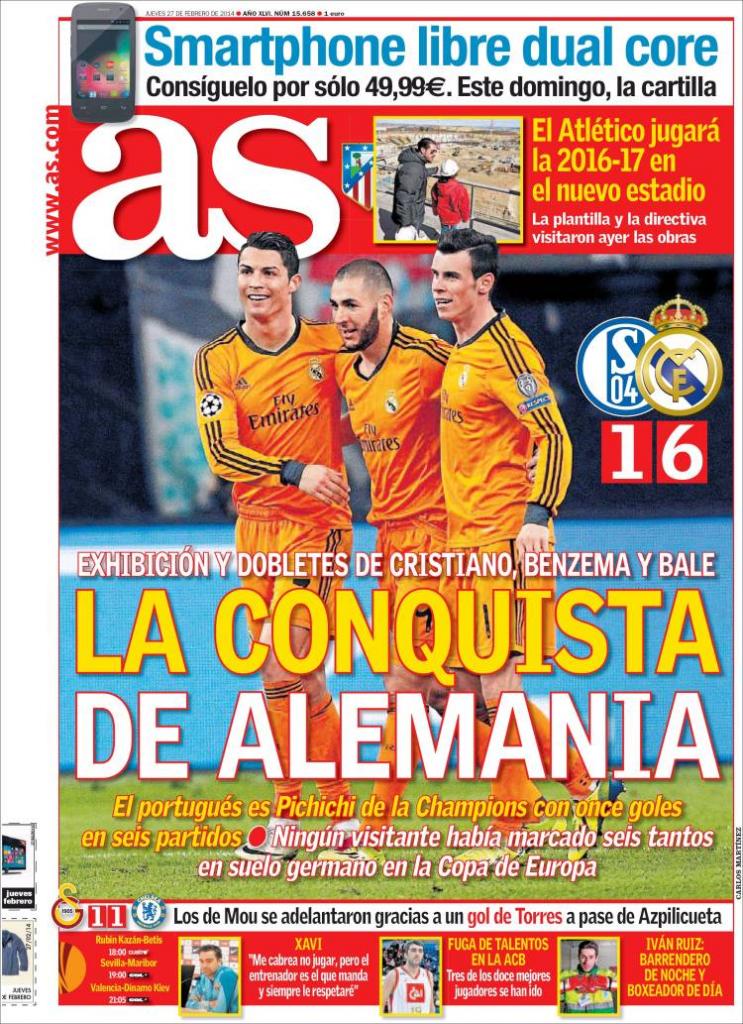 An exhibition as Cristiano, Bale and Benzema score a brace each

The team and the board visited the stadium yesterday

Mou's men with the advantage thanks to a goal from Torres, set up by Azpilicueta

Xavi: "It makes me angry when I do not play, but the coach is the one that is in control and he always needs to be respected" 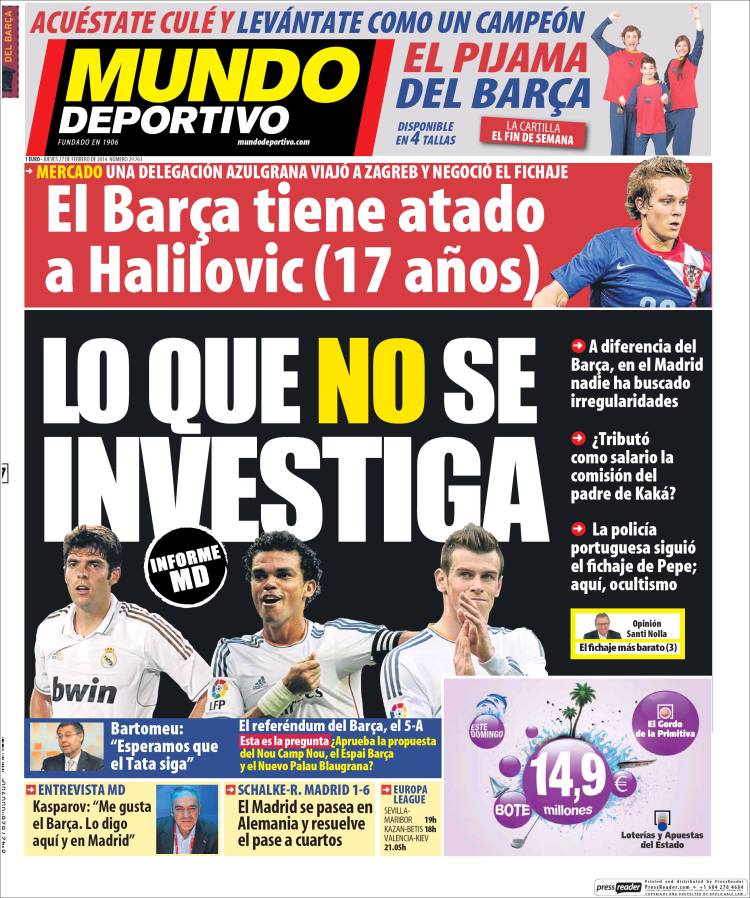 Those that are not investigated

Who paid the commission to Kaka's father?

The Portuguese police suspected something in Pepe's signing, but, it has all been kept hidden under wraps

Kasparov: "I like Barca and I say that from here, in Madrid"