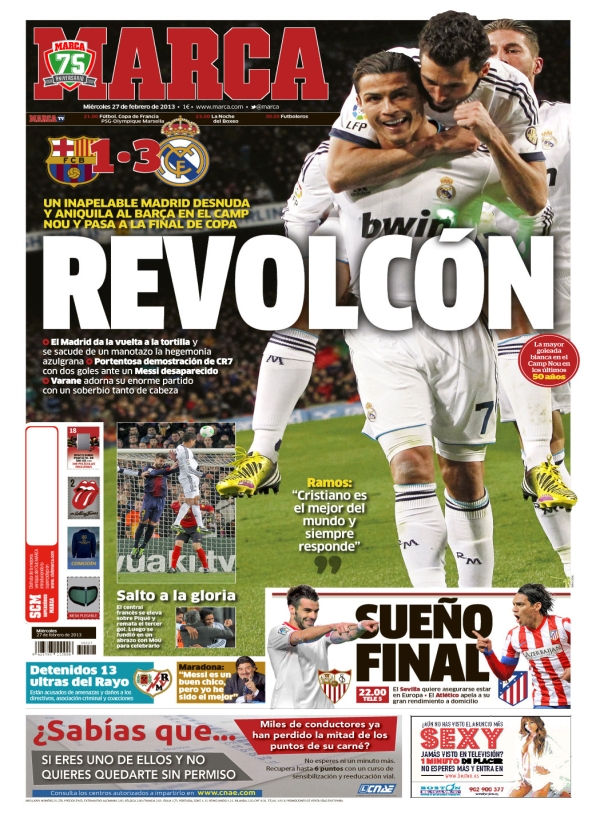 Madrid turn the tide of power and threaten Barca´s hegemony

Marvelous display from CR7 with two goals while Messi was invisible

Varane tops of the night with a great header

Ramos: "Cristiano is the best player in the world and always delivers"

The best Madrid win at the Camp Nou in 50 years

Maradona: "Messi is a great guy, but I was the best" 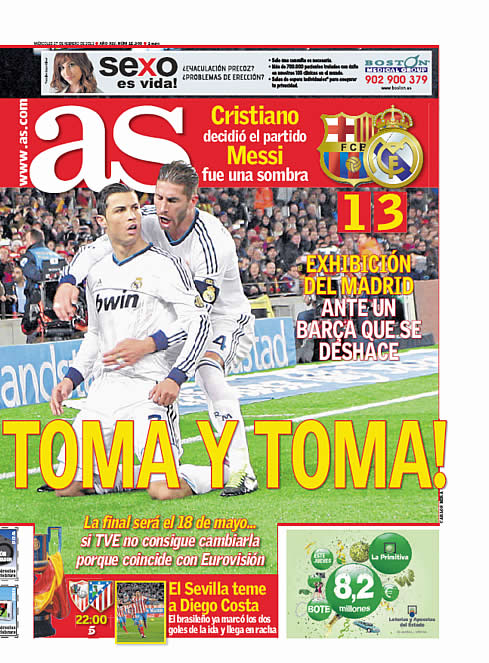 Take that and take that

Madrid put on an exhibition before a Barca falling apart

Messi was a shadow

The final will be on 18 May... if TVE does not change it because it coincides with Eurovision 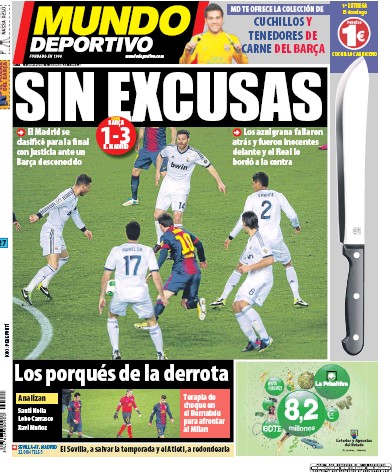 Real Madrid qualify for the final deservedly before an unknown Barca

Los azulgranas fail at the back, shy in attack and Real were clinical on the counter

The reasons for the defeat

Shock therapy in the Bernabeu ahead of Milan

Rosell, Zubi and Barto travel to New York to plan the future with Tito

Sevilla want to surprise Atleti and save their season