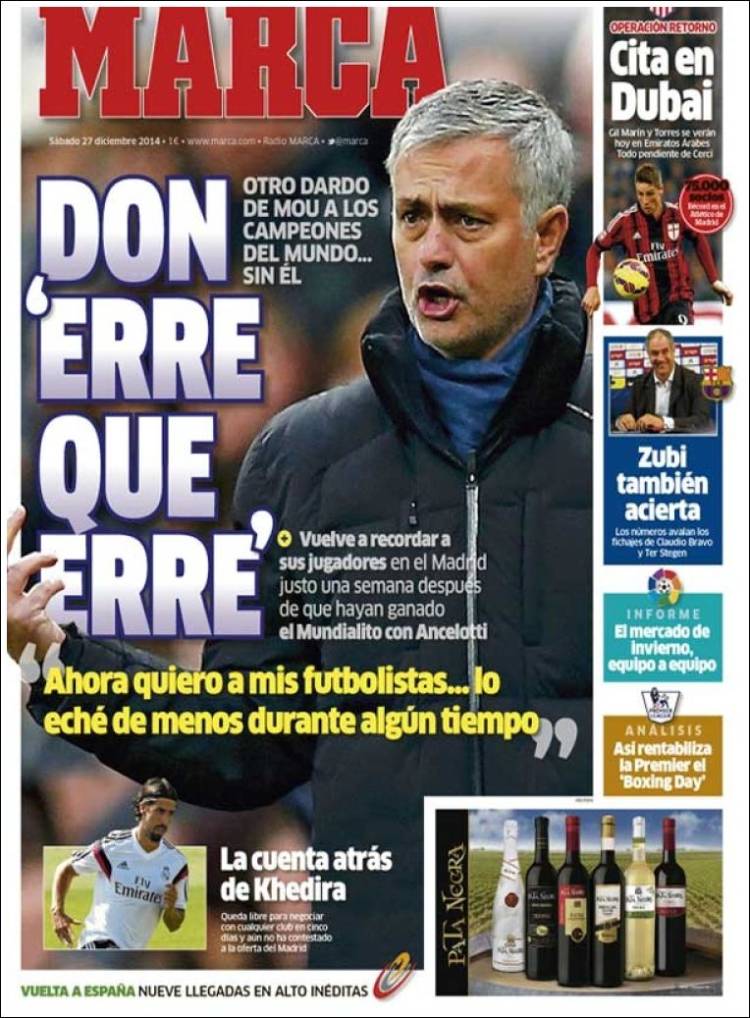 “Now I have the players I want...I’ve missed that for some time”

Another dart from Mou towards the World champions...without him

Date in Dubai: Gil Marin and Torres will meet in the United Arab Emirates today. It all depends on Cerci

Zubi also gets it right

The statistics endorse the signings of Claudio Bravo and Ter Stegen

Analysis: this is how the Premier League exploits ‘Boxing Day’ 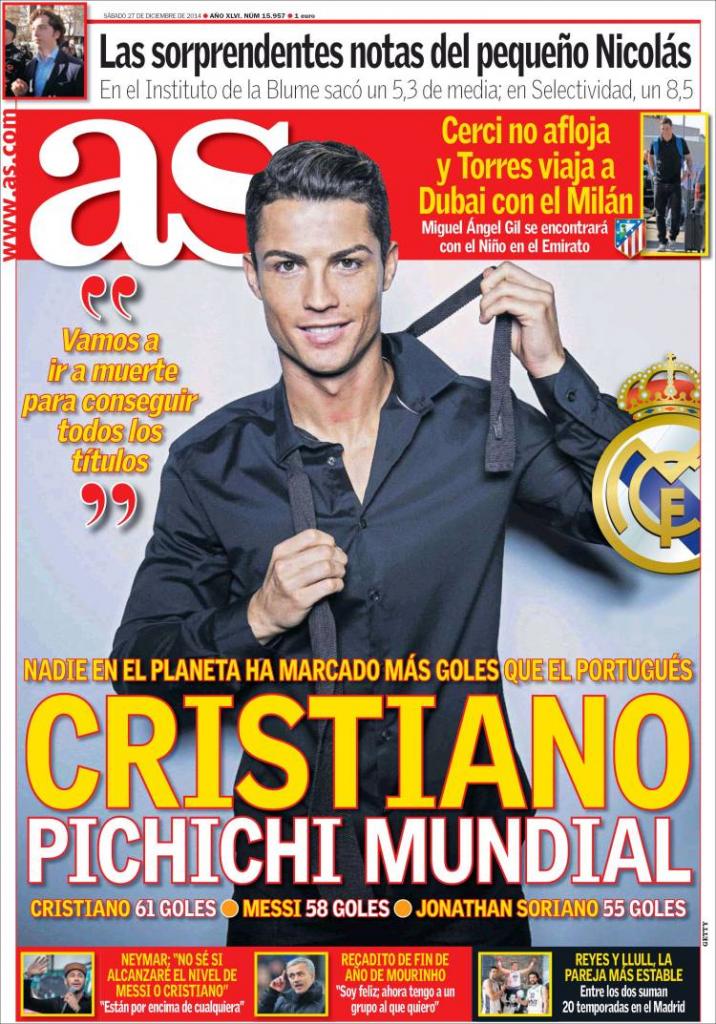 Nobody on the planet has scored more goals than the Portuguese

Cerci doesn’t relax and Torres travels to Dubai with Milan

Miguel Angel Gil will meet El Nino in the Emirates

Neymar: “I don’t know if I’ll reach Messi and Cristiano’s level. They are above anybody else”

End of year message from Mourinho: “I’m happy; now I have the group of players I want” 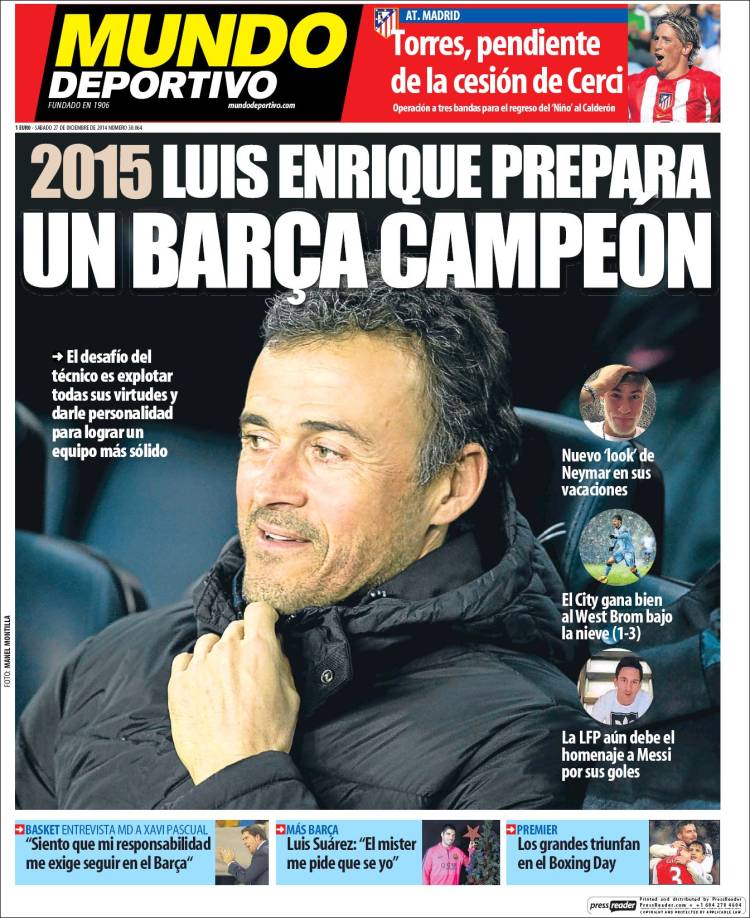 Neymar’s new ‘look’ on his holidays

City win well at West Brom beneath the snow (1-3)

Torres, depending on Cerci’s loan

Luis Suarez: “The boss asks me to be myself”