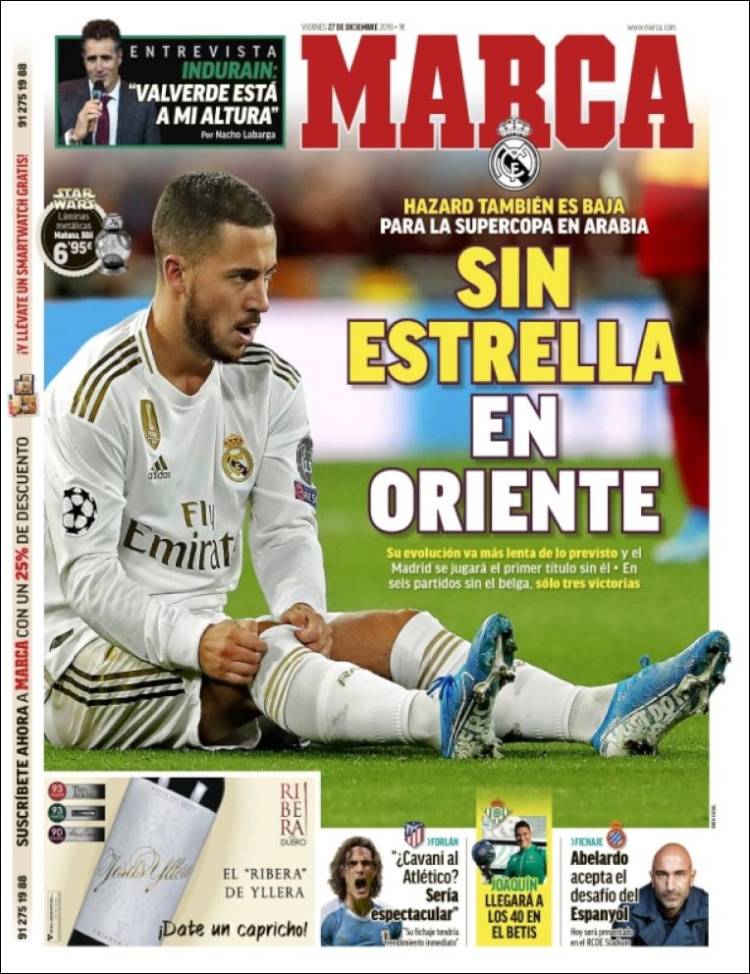 Without stars in the east

Hazard is out of the Supercopa in Saudi Arabia

Cavani to Atleti would be spectacular - Forlan

Joaquin will be 40 at Betis

Abelardo to be the new Espanyol boss 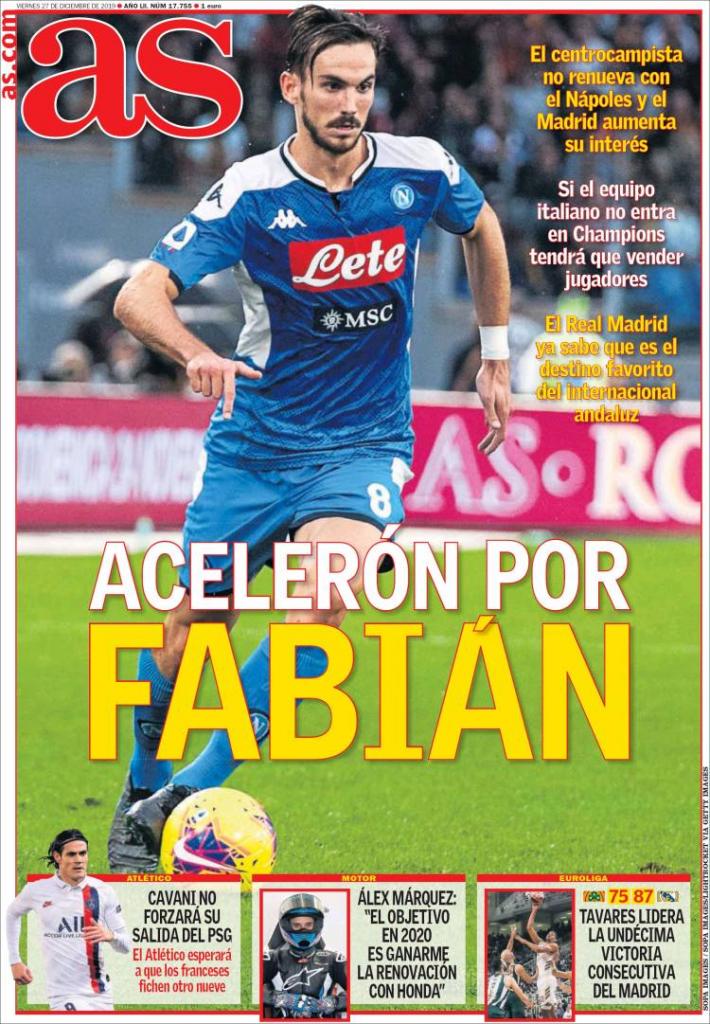 Central midfielder doesn't renew with Napoli and Madrid increase their interest, Napoli will need to sell without Champions League football, Madrid know they're his favourite destination 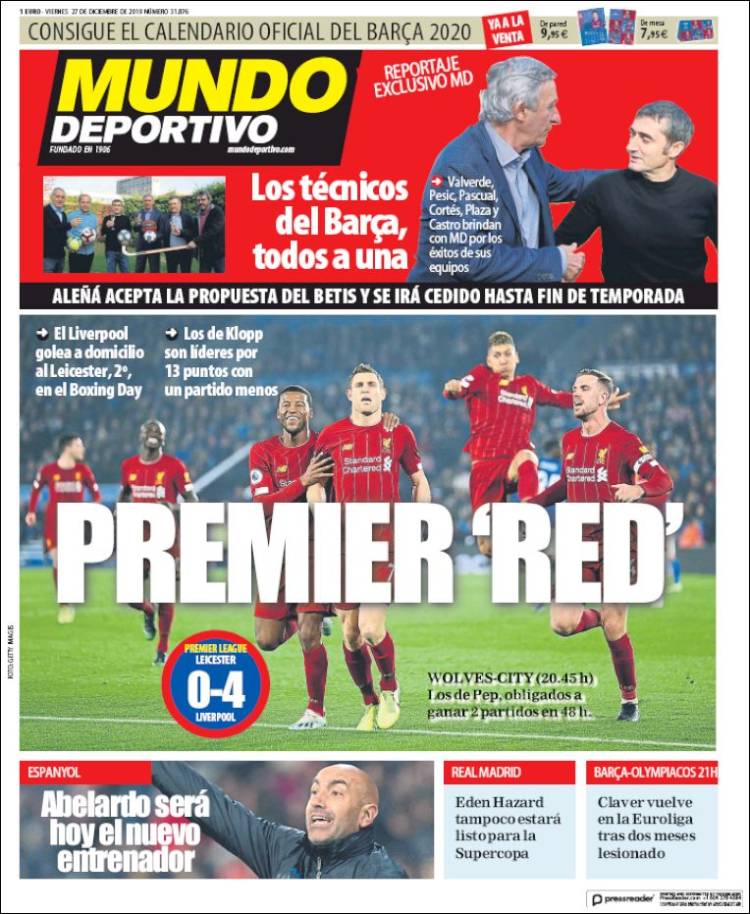 Liverpool are 13 points clear at the top

Barcelona's managers, all in one

Abelardo to be the new Espanyol boss