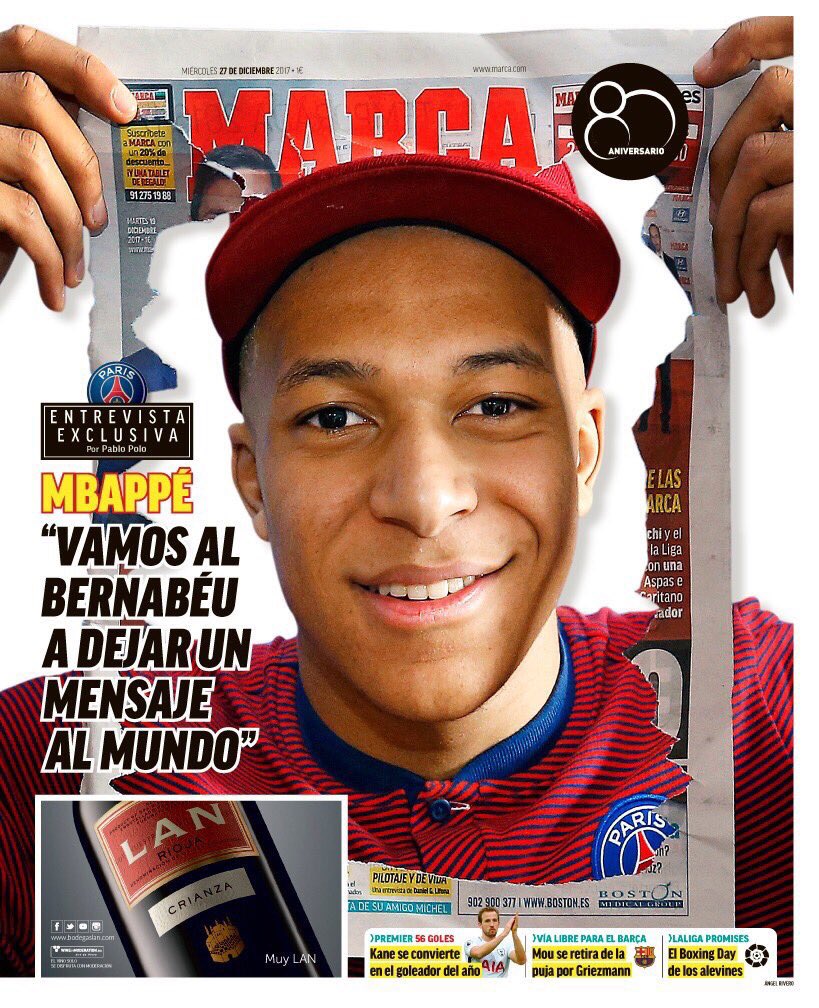 Mbappe: "We're going to the Bernabeu to send a message to the world"

Mourinho ends his chase for Griezmann - free path for Barca 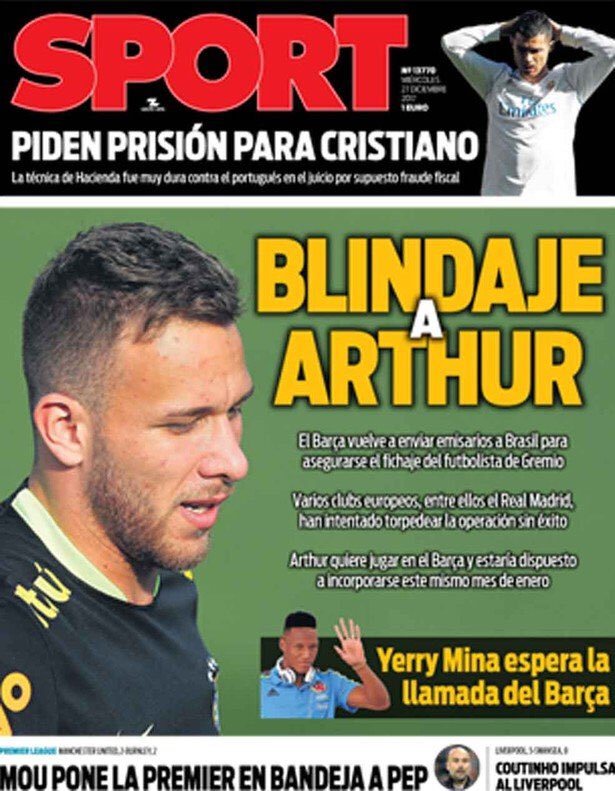 Barca send representatives to Brazil to close the deal, various European clubs, including Real Madrid, wanted to swoop, Arthur wants to join Barca and for the deal to go through next month 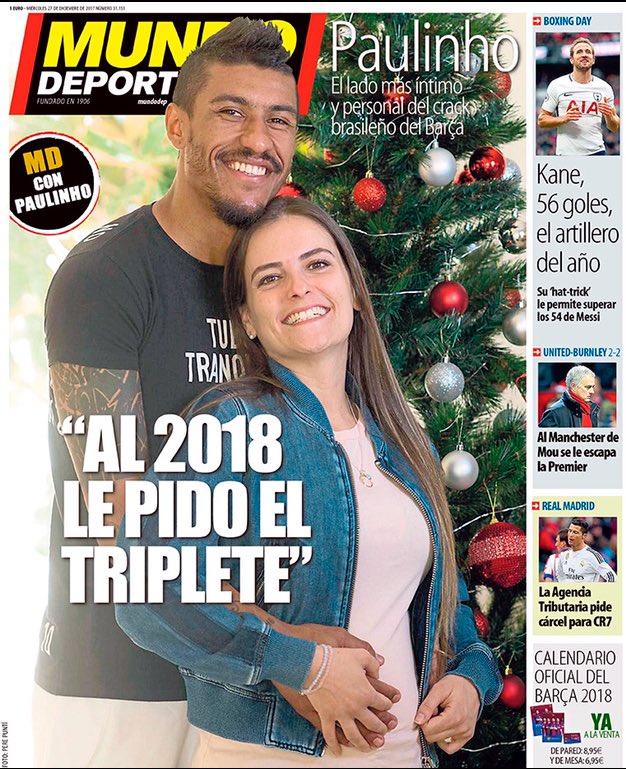 The more intimate side of the Brazilian

Kane with 56 goals, the shooter of the year - his hat-trick took him past Messi (54)