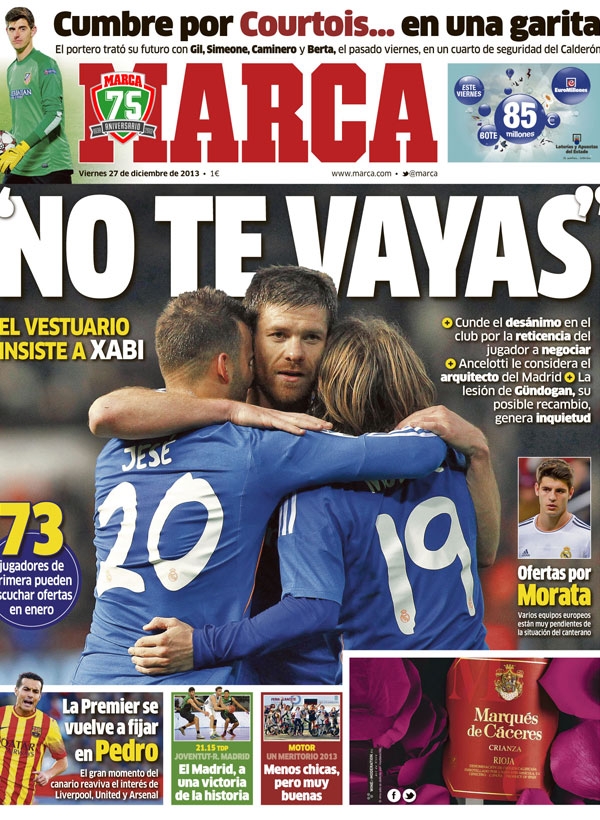 Don't go
The team want Xabi to stay
Fear spreads throughout the club over the drawn-out negotiations
Ancelotti considers Xabi to the architect of the side
The injury to Gundogan, his possible replacement, generates uncertainty
Offers for Morata
Various teams in Europe have made offers for the Canterano
73 player in the Primera Liga listening to January offers
A summit over Courtois
The goalkeeper talks about his future with Gil, Simeone, Caminero and Berta last Friday in a locked room at the Calderon
Premier League teams looking at Pedro
The Gran Canarian is enjoying a good spell and there is interest from United, Arsenal and Liverpool
Madrid, one victory away from history 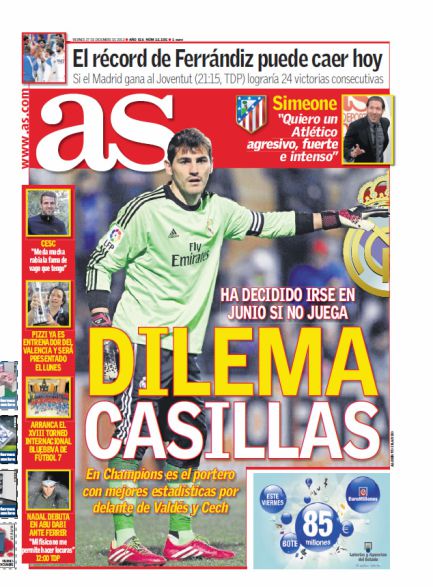 The Casillas dilemma
In the Champions League he has the best figures, ahead of Valdes and Cech
He has decided to leave in June if he does not play
Simeone: "I want an aggressive Atletico, strong and intense"
Ferrandiz's record could fall today
If Madrid beat Joventut, they will make it 24 wins in a row
Cesc: "It makes me angry the lazy reputation I have"
Pizzi is already the coach the Valencia and will be presented on Monday 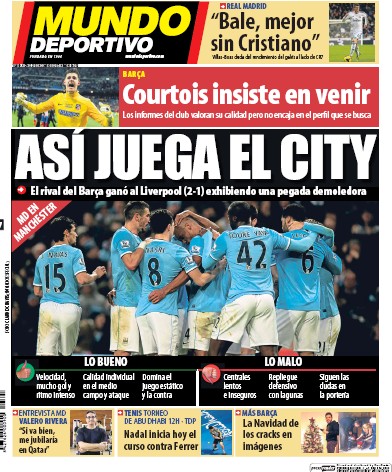 This is how City play
Barca's opponents in the Champions League beat Liverpool 2-1 showing their exceptional game
Courtois insists he wants to come
News from the club are that Barca value his quality but he does not fit the profile they are looking for
Real Madrid: "Bale is better without Ronaldo," says Andre Villas-Boas
Interview with Valero Rivera: "If it goes well, I will retire in Qatar"
Nadal starts today his battle against Ferrer
Christmas photos of Barca's stars