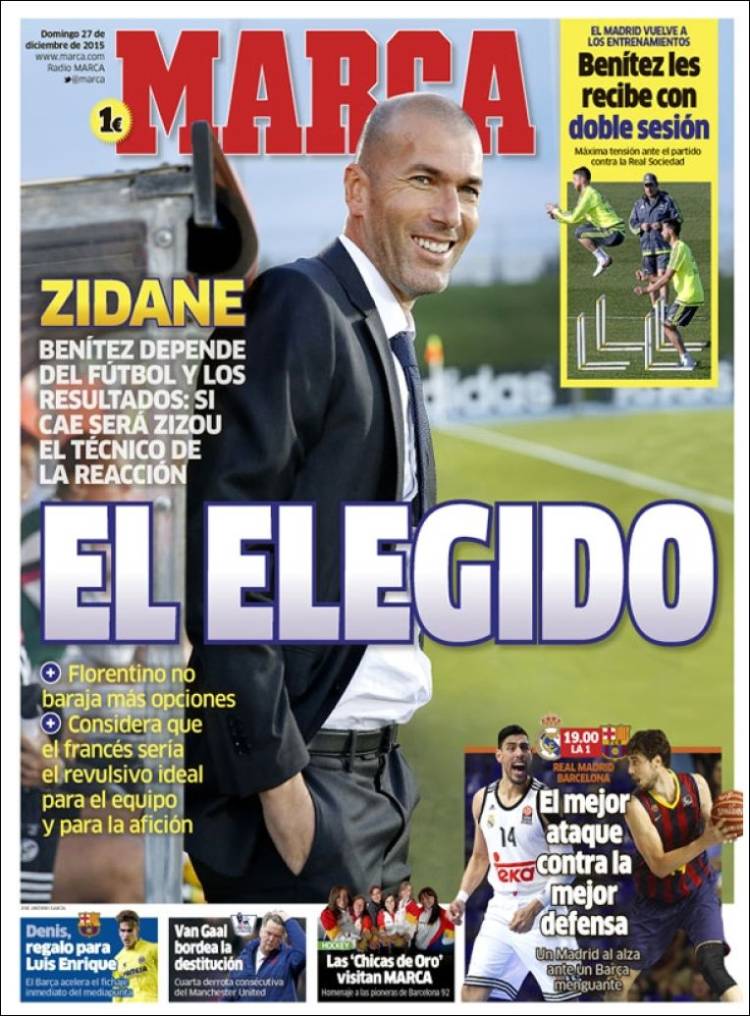 Benitez’s future depends on both football and results: if he fails, Zizou will be the Coach to replace him

Florentino is not considering anyone else

Benitez welcomes them back with a double session

Maximum tension before the match against Real Sociedad

Denis, a steal for Luis Enrique

Van Gaal bordering on the sack 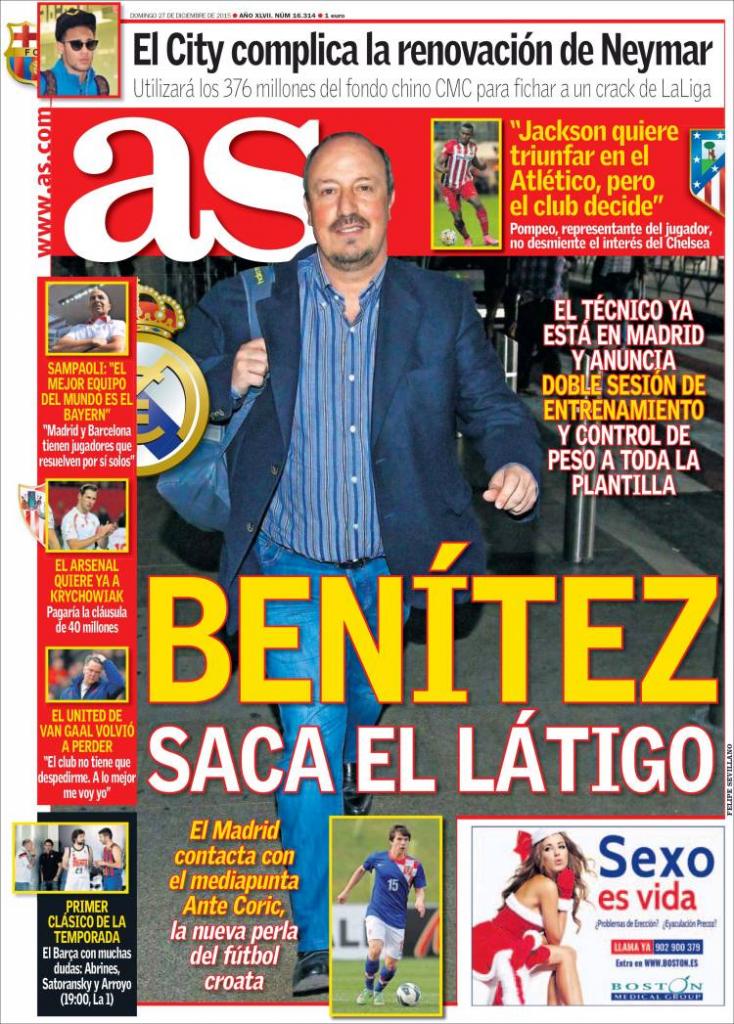 “Jackson wants to succeed with Atletico, but the club will decide”

Pompeo, representing the player, does not deny interest from Chelsea

Sampaoli: “The best team in the world are Bayern”

They will pay his €40m release clause 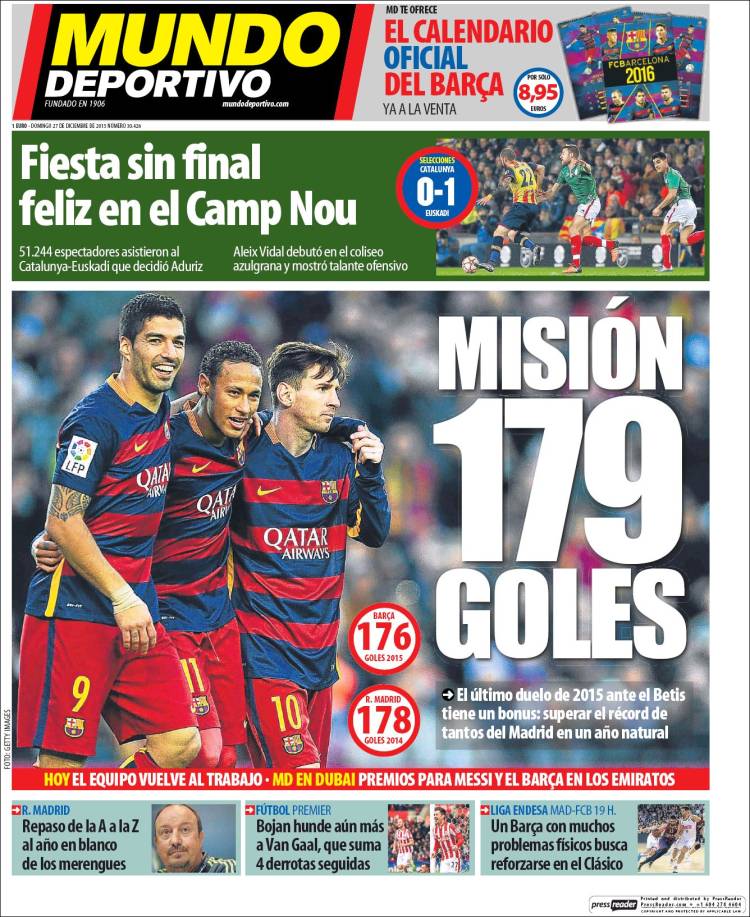 The final match of 2015 against Betis has an extra incentive: beating Madrid’s record in a calendar year

No happy ending at Camp Nou

51,244 fans attended Catalonia-Basque Country, which was decided by Aduriz

A-Z review of a blank year for Los Merengues