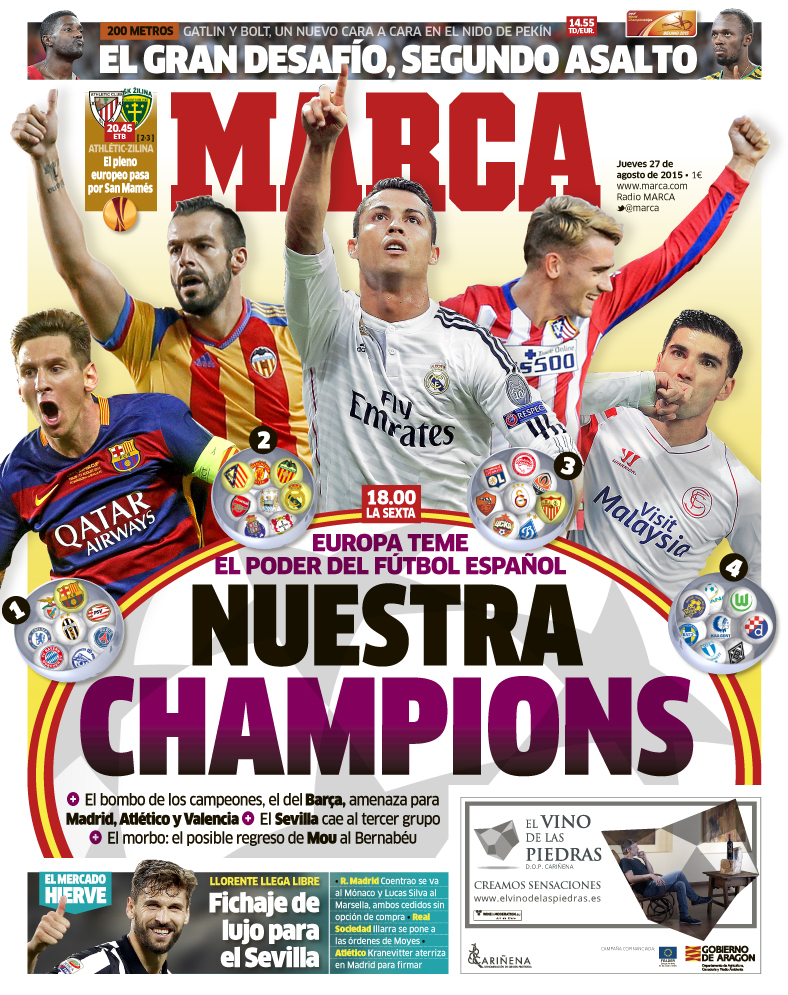 The big pot for the champions, Barca, the threat to Madrid, Atletico and Valencia

Sevilla in the third group

The morbid curiosity: the possible return of Mou to the Bernabeu

Real Madrid - Coentrao to Monaco and Lucas Silva to Marseille, both loans without the option to buy

Real Sociedad - Illarra under the orders of Moyes 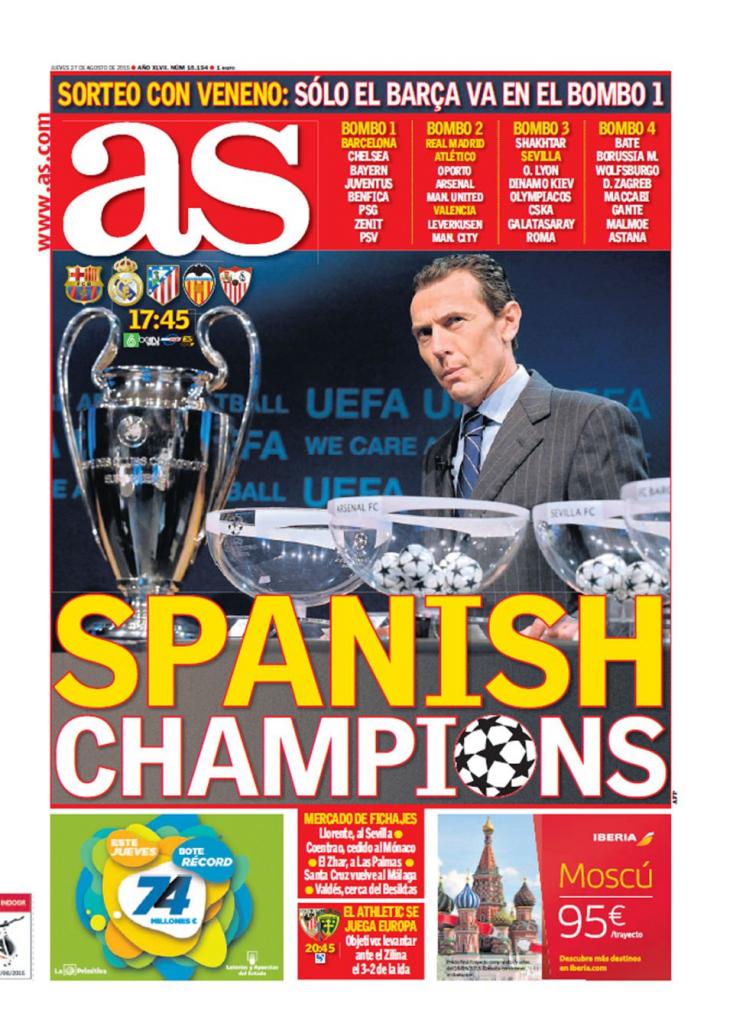 Only Barca are in Pot 1

Athletic play for the Europa

Goal: To come back against Zilina who lead 3-2 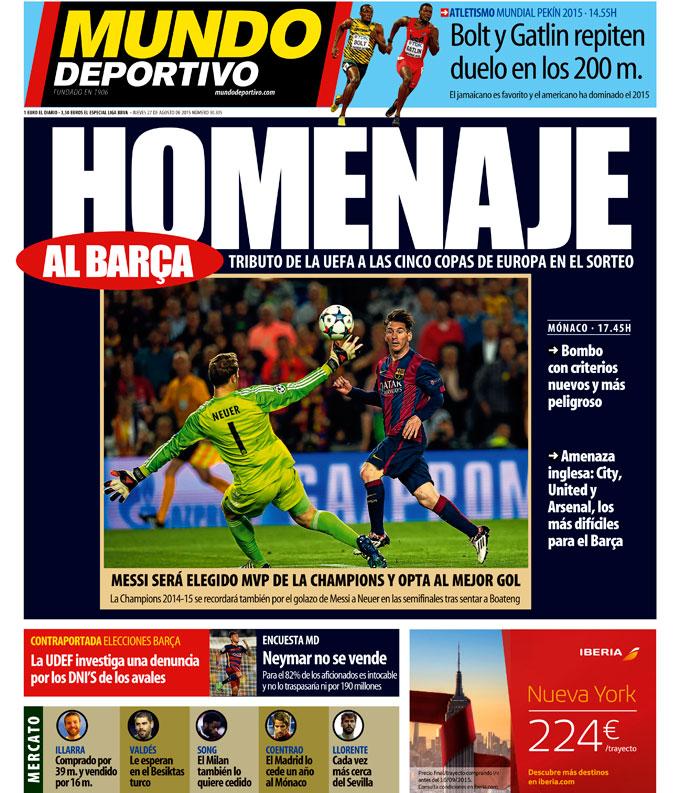 Tribute by UEFA for the five European Cups at the draw

Pots with the new criteria and more danger

The back page - Barca elections

Neymar not for sale

Illarra bought for €39m and sold for 16m

Valdes awaited in Turkey by Besiktas

Song - Milan ask for the loan

Coentrao loaned to Monaco for a year