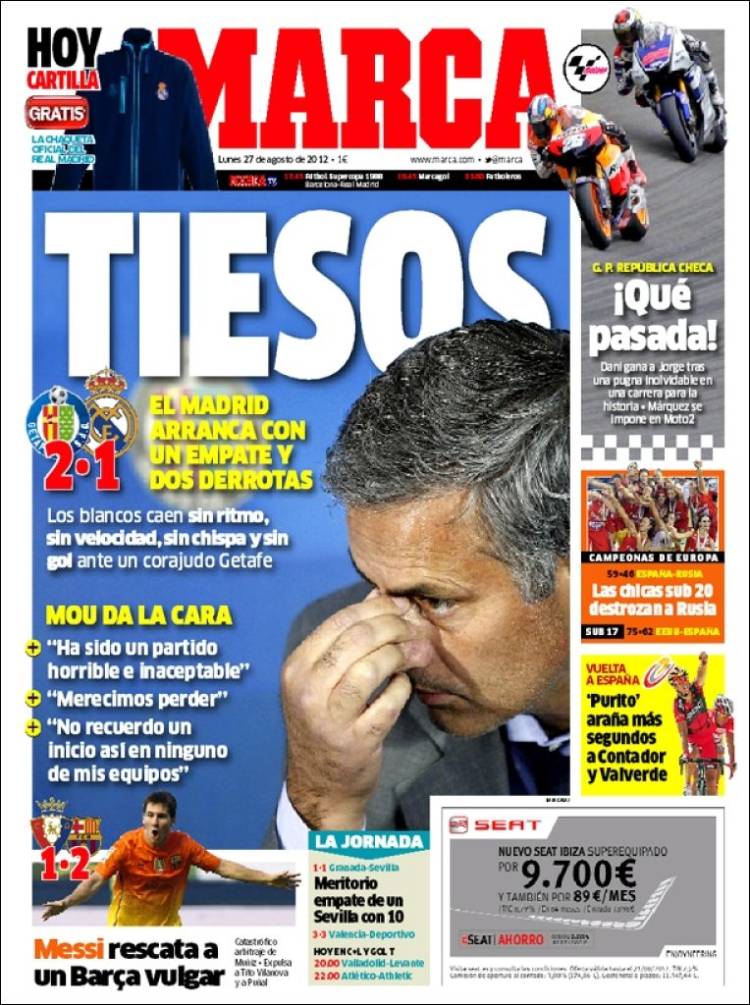 Tension: Madrid start with a draw and two defeats

Los Blancos go down without rhythm, speed, spark or goals against a courageous Getafe

Mou faces the consequences:"It was a horrible and unacceptable match"

"We deserved to lose"

Catastrophic refereeing from Muniz: he sends off Tito Vilanova and Punal 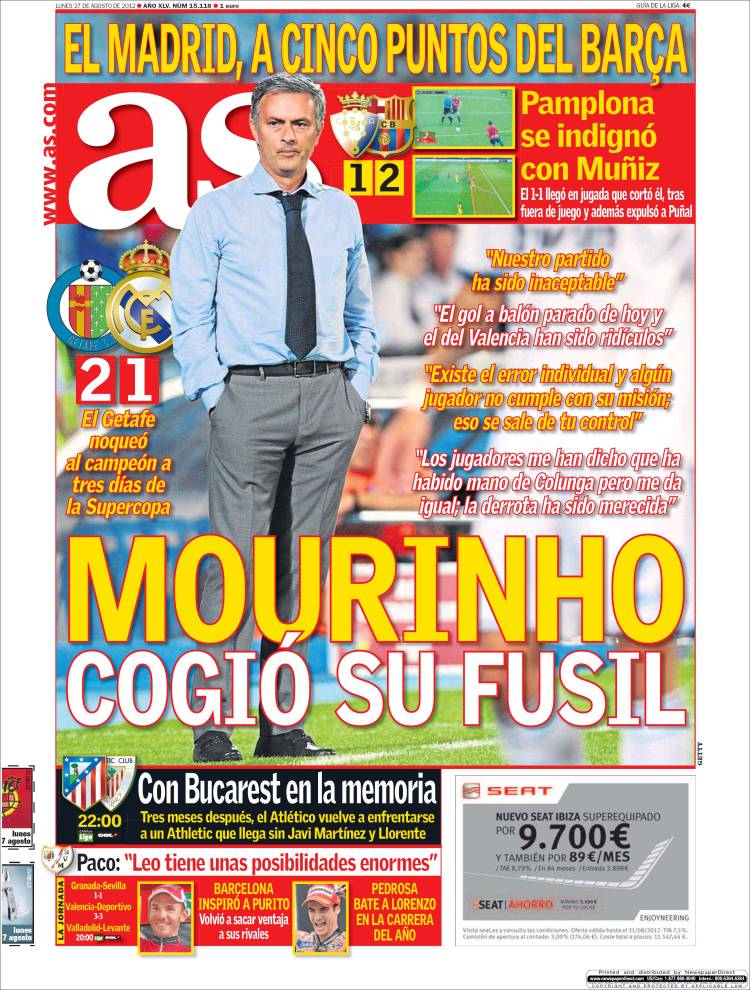 Mourinho takes aim: "It was an unacceptable game"

"Today's dead balls and the one against Valencia were ridiculous"

"There were individual errors and some players did not carry out their orders. That means it is out of your control"

"The players told me it was handball by Colunga but it doesn't matter. We deserved to lose"

Pamplona indignant with Muniz: the 1-1 came after he stopped play, an offside, and in addition he dismissed Punal 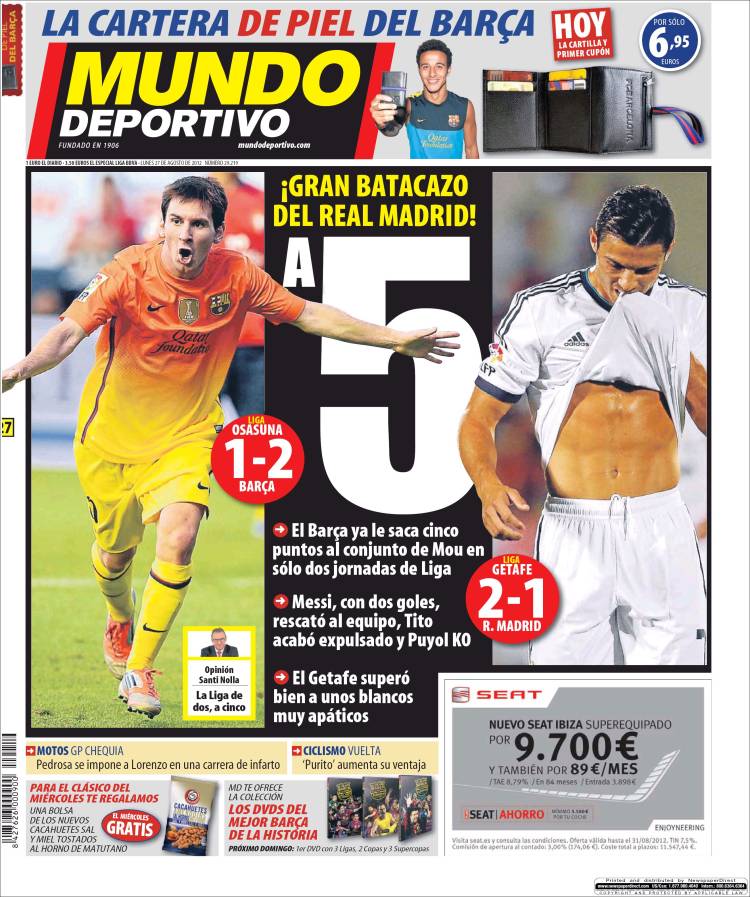 A great big bump by Real Madrid! Five points behind

Messi, with two goals, rescues the team; Tito is sent off and Puyol KO'd