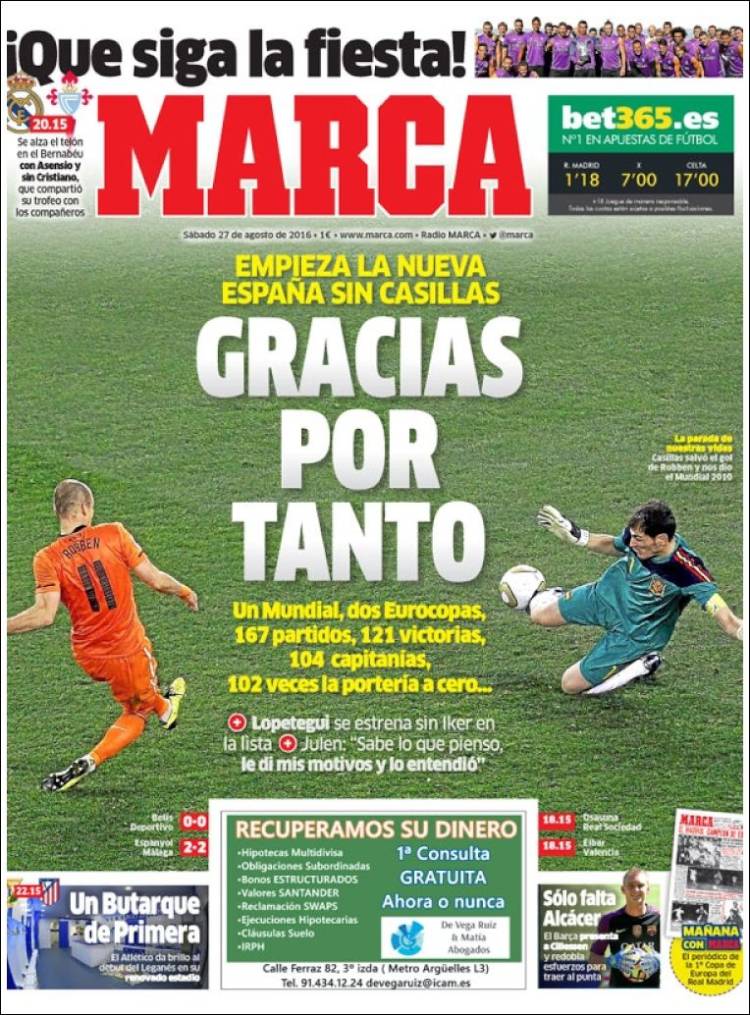 The new Spain start without Casillas

Lopetegui gets to work without Iker in the squad

Julen: “He knows what I think, I gave him my reasons and he understood”

The curtain raises at the Bernabeu with Asensio but no Cristiano, who shared his [UEFA] award with teammates

Only Alcacer is missing

A Butarque fit for Primera 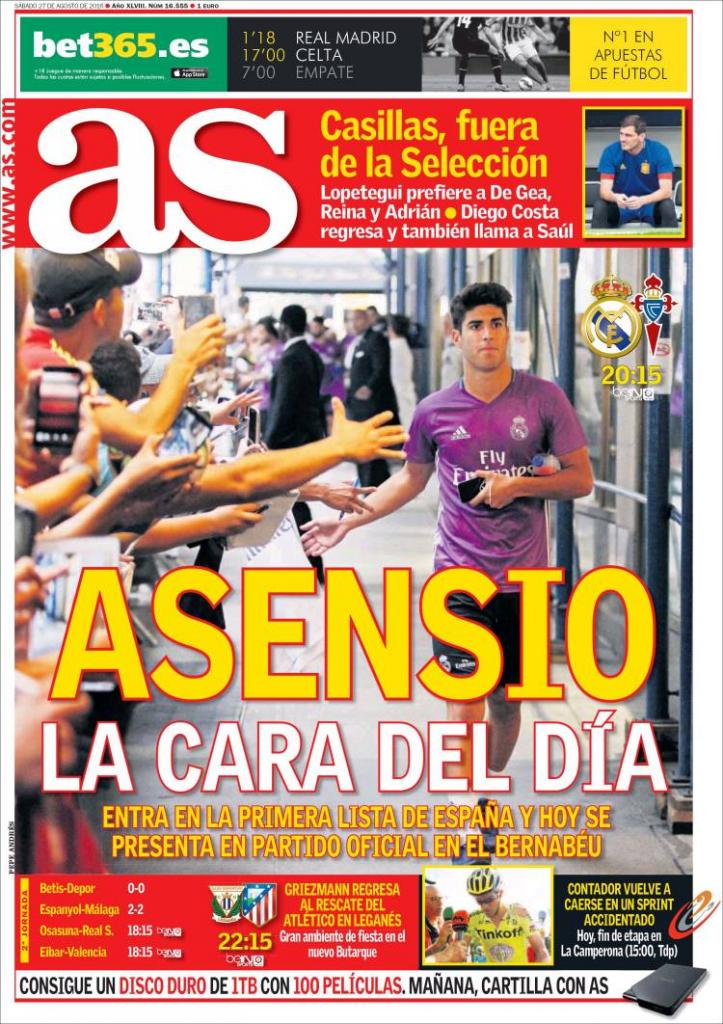 Face of the day

Casillas, out of the national team

Diego Costa returns and Saul is also called up 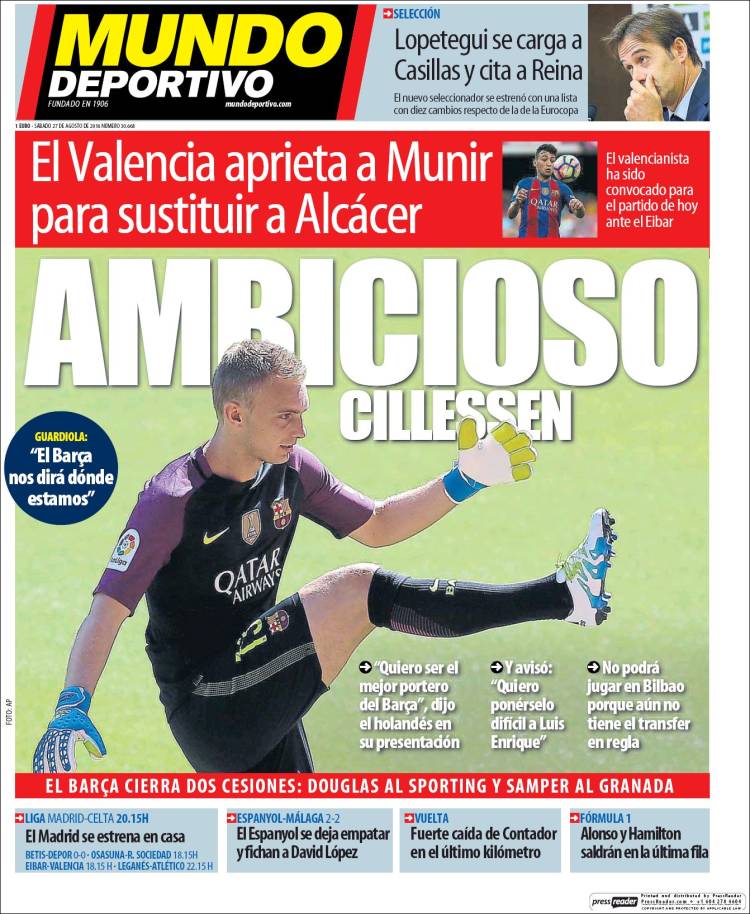 “I want to be Barca’s best goalkeeper,” the Dutchman said at his presentation

And he warned: “I want to make it difficult for Luis Enrique”

The valencianista has been selected for today’s game against Eibar

Espanyol leave with a draw and sign David Lopez