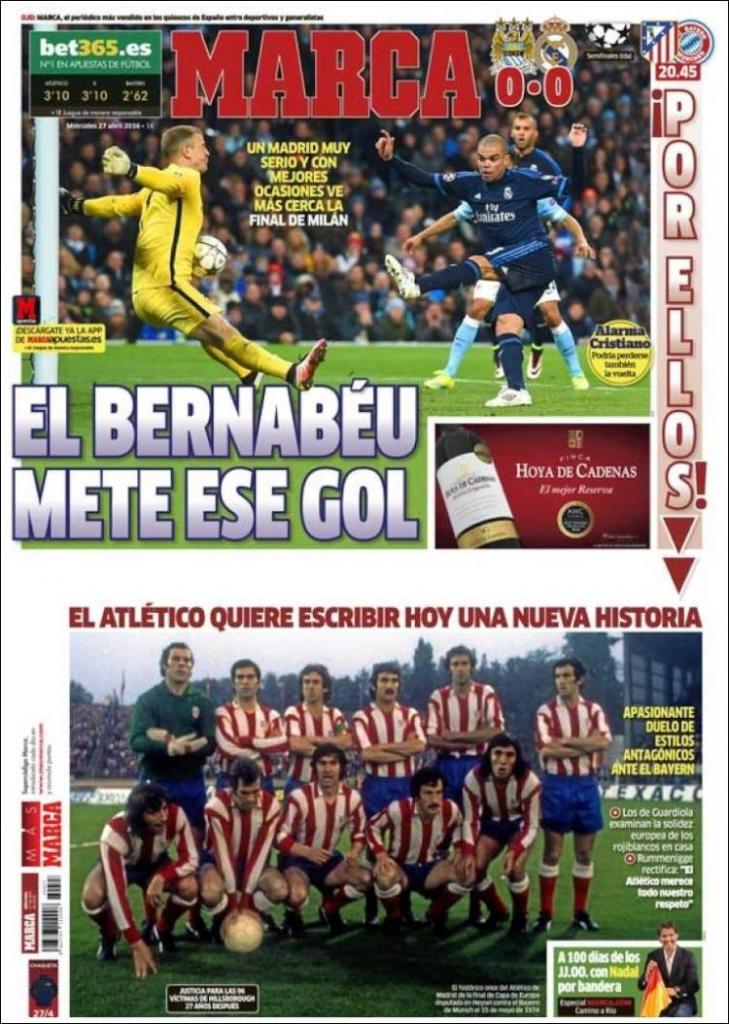 The Bernabeu scores that goal 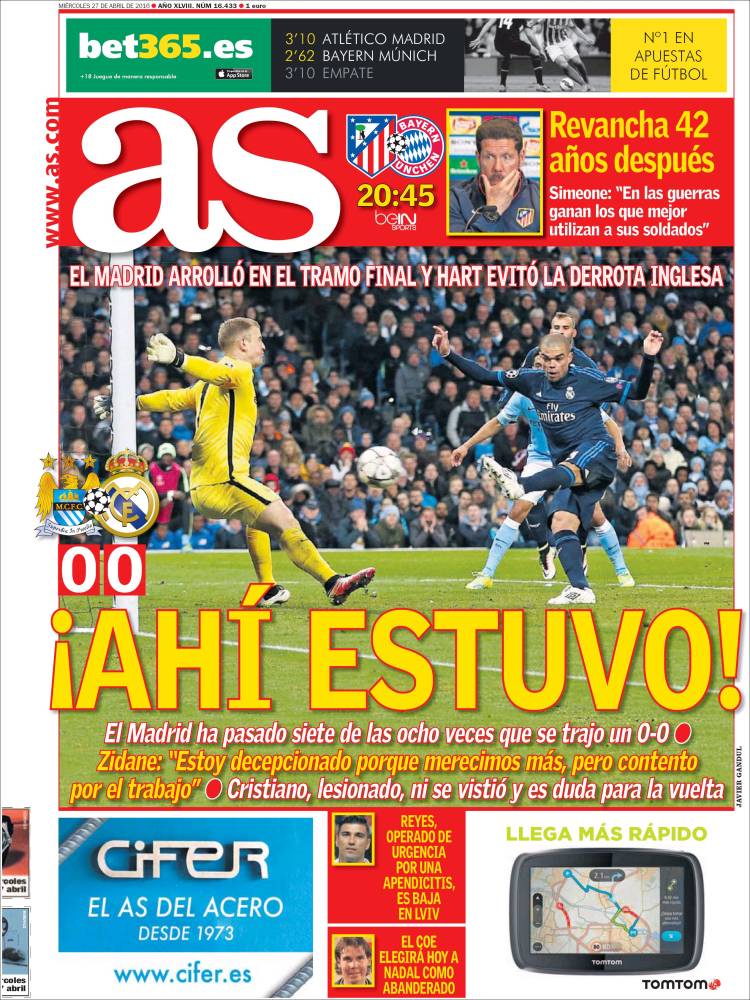 Simeone: “In wars those that win use their soldiers best”

Zidane: “I’m disappointed because we deserved more, but I’m happy with the work”

Cristiano, injured, didn’t even prepare, and is a doubt for the return

Reyes, urgent operation for appendicitis, out of [the game against Shakhtar Donetsk in] Lviv 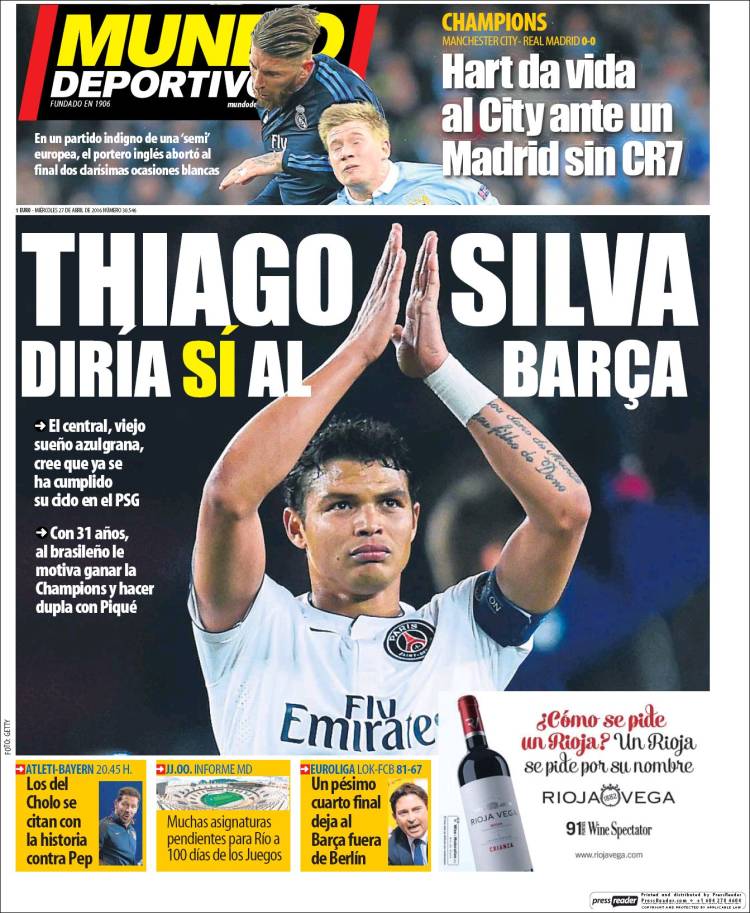 Hart gives life to City against a Madrid without CR7

In a game unworthy of a European ‘semi,’ the English goalkeeper stopped at the end the two clearest Blancos chances

The centre-back, long an Azulgrana dream, believes he has completed his cycle at PSG

At 31, the Brazilian is motivated to win the Champions League and to partner with Pique

Cholo’s to meet with history against Pep