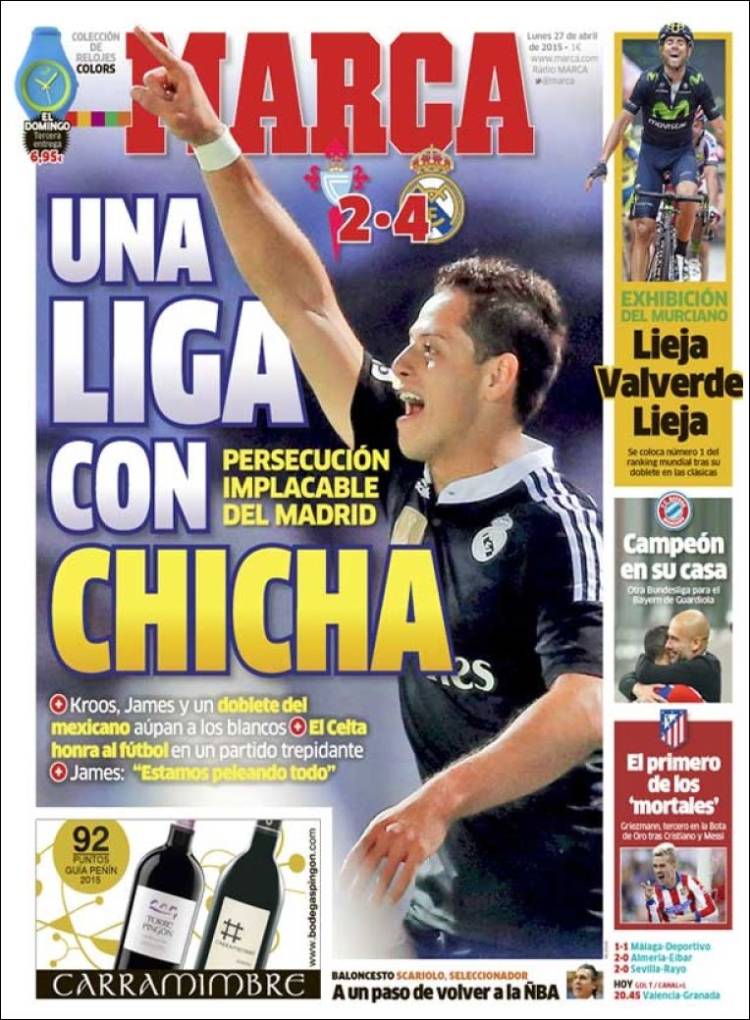 A League with Chicha

Kroos, James and a double from the Mexican rouse Los Blancos

James: “We are all fighting”

Champions at home: another Bundesliga for Guardiola’s Bayern

The first of the ‘mortals’ 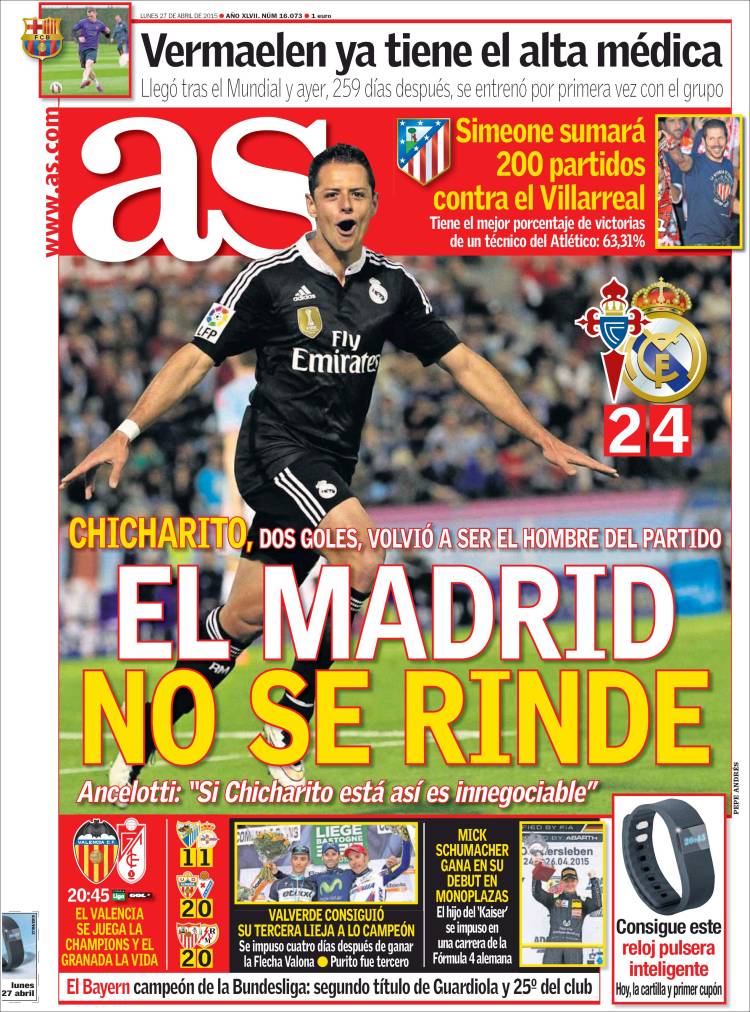 Madrid do not give up

Chicharito, with two goals, is again the man of the match

Simeone will complete 200 matches against Villarreal

He has the best percentage of wins of any Atletico boss: 63.31 per cent

Vermaelen now has the medical go-ahead

Bayern champions of the Bundesliga: Guardiola’s second title and the club’s 25th 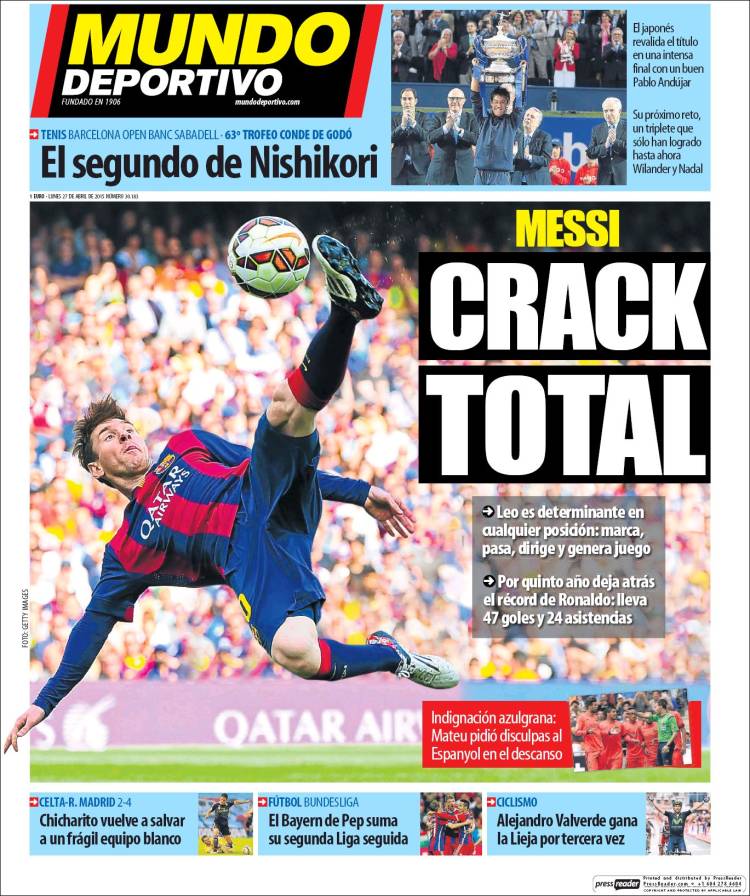 Leo is decisive in any position: he scores, passes, directs and creates play

For a fifth year he leaves Ronaldo’s record behind: he has 47 goals and 24 assists

Blaugrana indignation: Mateu says sorry to Espanyol during the break