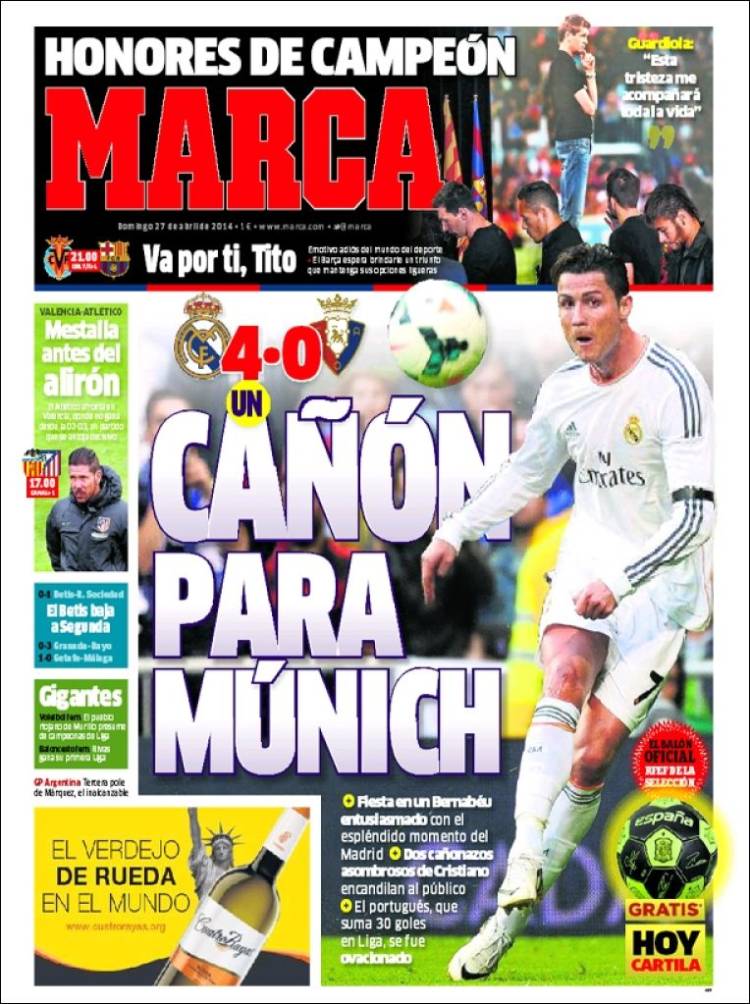 A canon for Munich

The Portuguese, with 30 La Liga goals, was given an ovation

Going for for you, Titi

An emotional goodbye from the Barca players and staff

Guardiola: "This sadness will never leave me"

Mestalla against the possible champions 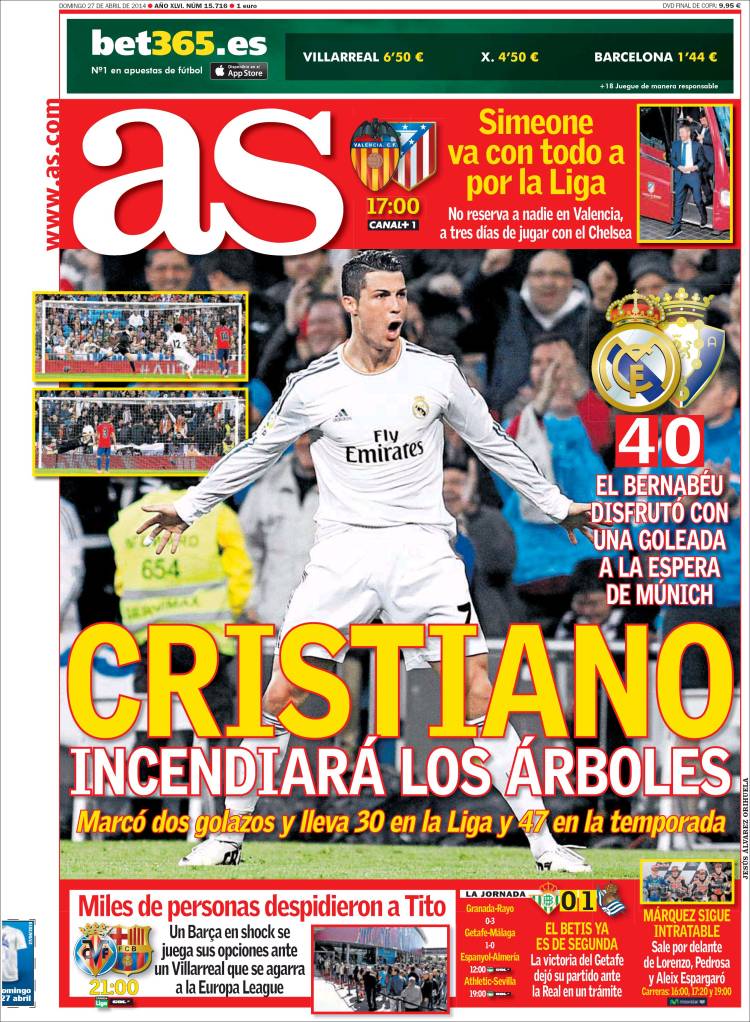 Cristiano sets fire to the trees

The Bernabeu enjoy a thrashing of Osasuna as Munich awaits

Betis go down to the second division

Victory for Getafe sends the Seville side down 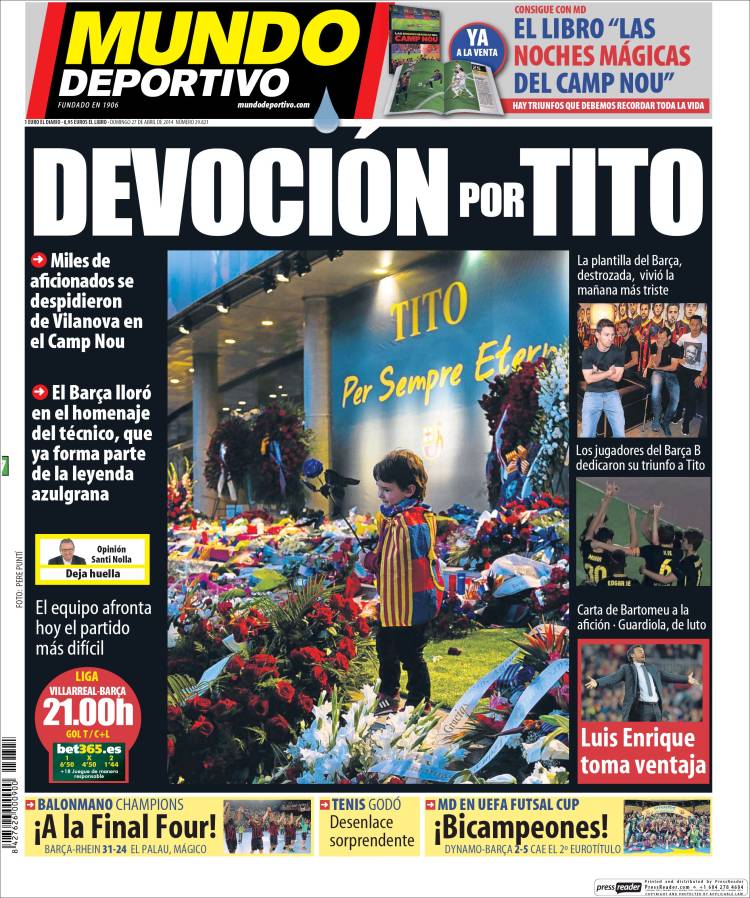 Thousands of fans say goodbye to Tito at Camp Nou

Barca cries in their homage to the coach, that formed a part of the legendary Barca side

The team are destroyed and yesterday morning they were visibly moved

Barca B players dedicate their triumph to Tito

Bartomeu's card to the fans