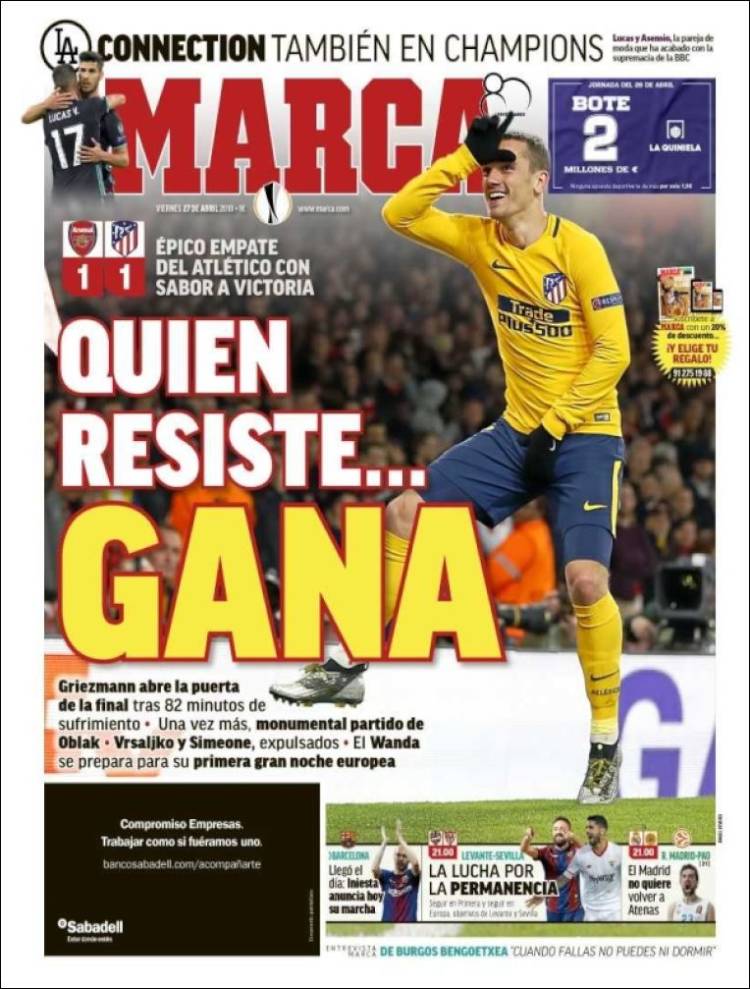 Epic draw for Atleti which tasted like a victory

Griezmann scores after 82 mins of suffering, another great game from Oblak, Vrsaljko and Simeone sent-off, Wanda prepares for its first big European night

Lucas and Asensio connect in the Champions League

The day has come: Iniesta to announce his departure 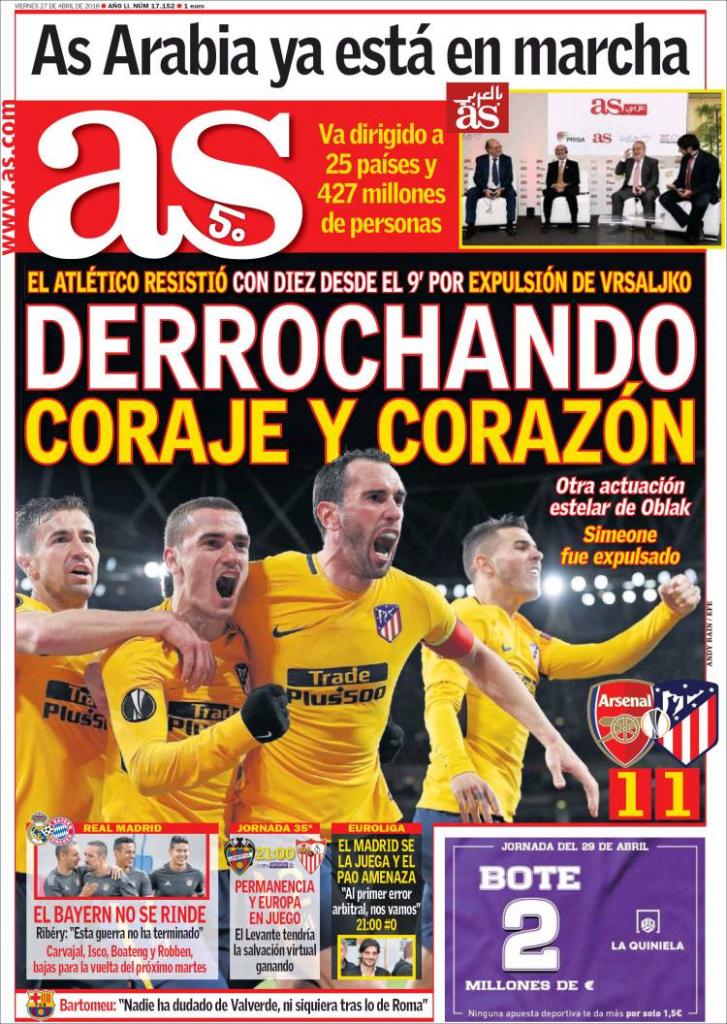 Bayern won't give up - Ribery: This war isn't over

Carvajal, Isco, Boateng Robben all injured for the return leg

Bartomeu: Nobody has doubted Valverde, not even after Roma 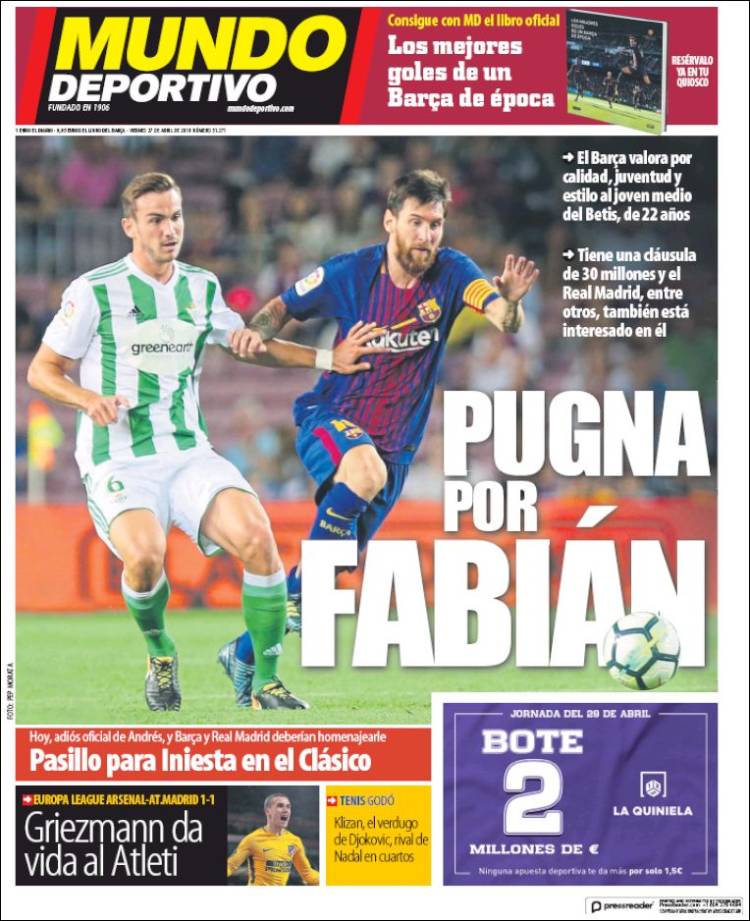