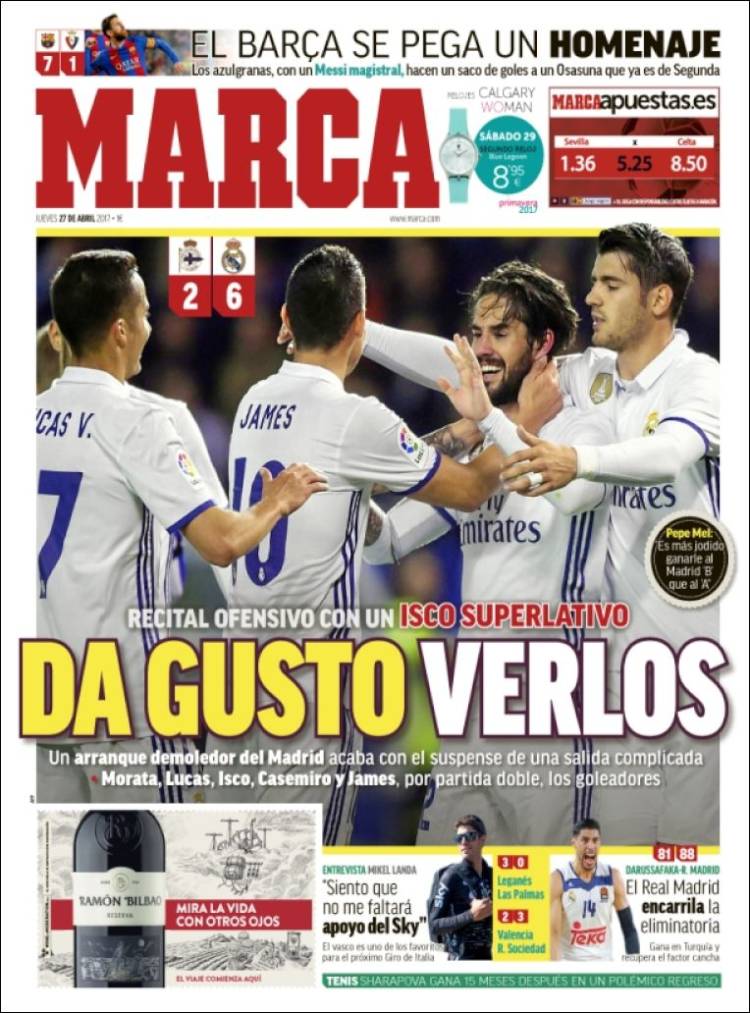 Nice to see them

A quick, crushing start from the Madrid in a complicated match, Morata, Lucas, Isco, Casemiro & James with a double, the goalscorers

Mel: It's more difficult to win against Madrid B than A

Barca pay tribute to a legend - with another Messi performance, Barca sink Osasuna to the Segunda 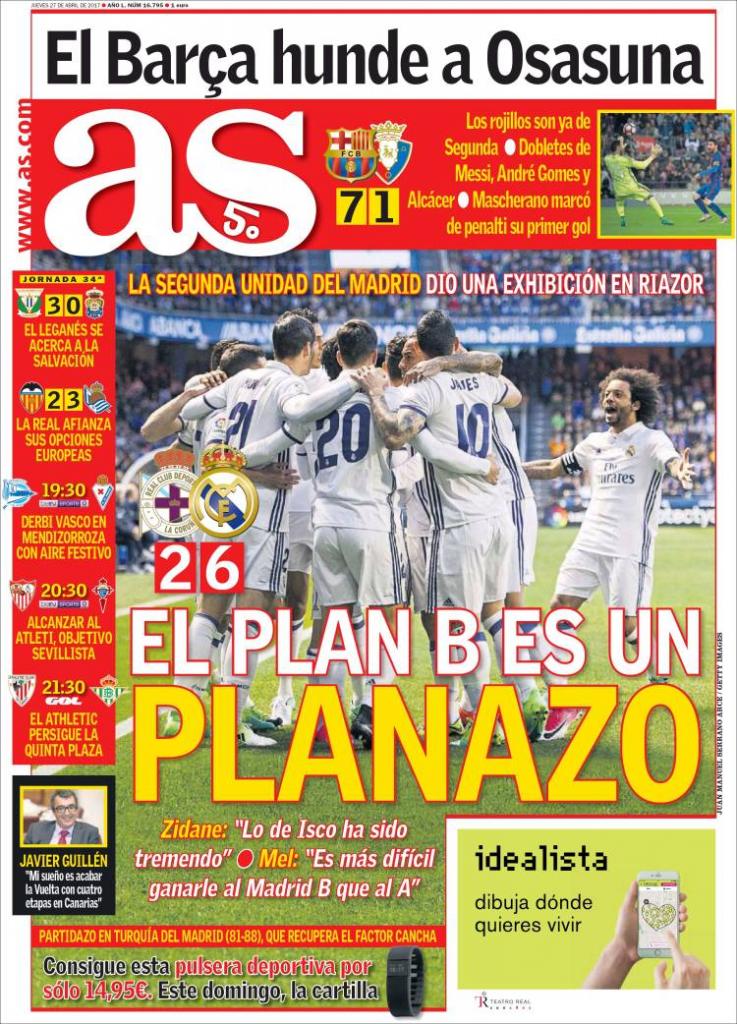 Plan B is a great plan

Zidane: Isco has been tremendous

Mel: It's more difficult to beat Madrid B than A

Basque derby in Mendizorroza with a party feel 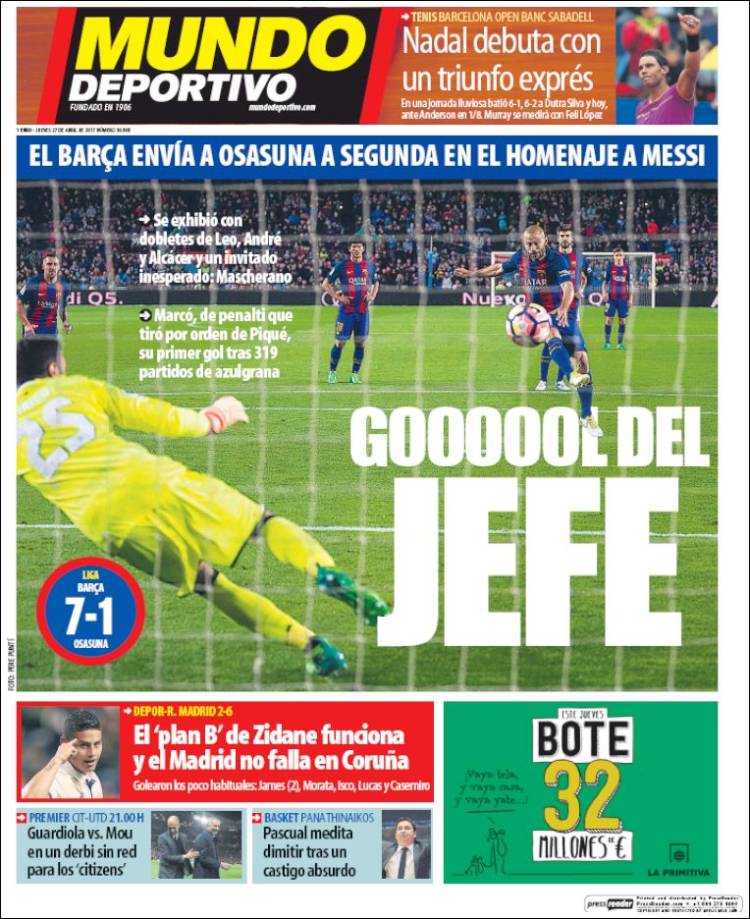 Doubles from Messi, Gomes and Alcacer along with Mascherano scoring

Barca send Osasuna to the Segunda with a tribute to Messi

Plan B for Zidane works as Madrid win big in A Coruna - two from James, goals from Isco, Morata, Lucas, Casemiro